BASC & DMQ are pleased to announce a Qualifications Card which will be available from 01 July 2022.

The BASC deer team promote sustainable deer management across the UK by providing advice to members on habitat and species management, developing and supporting best practice, offering deer stalking opportunities and influencing government policy in order to protect shooting. That’s why you should join BASC today.

We can also help members:

BASC takes a lead role as a representative body for both professional and recreational deer stalkers and managers. We contribute to the formulation of government policy, ensuring that all decision makers are aware that the most effective and humane method of managing deer is culling by shooting. In this respect deer stalkers represent a major resource for the effective management of deer, including the control of deer damage to farming, forestry and nature conservation interests. 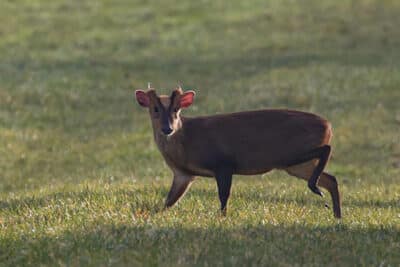 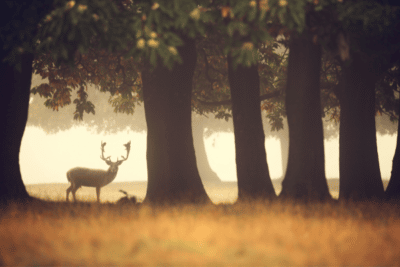 The card provides proof of identity and qualifications for BASC members and non-members, perfect for gaining shooting permissions.

The BASC deer stalking infographic gives you the facts about the culling of the six species of wild deer in the UK and the benefits that deer management brings.
Download
Trophy Hunting​
Find out more
BASC Member get a Member
If you introduce a friend to BASC, you could each win a gun worth around £2,000 in our annual Member Get A Member free prize draw.
Find out more
Stalking Schemes
Find out more
Previous
Next

When shooting any animal your first priority must be to ensure a quick and humane kill and indeed a well-placed head shot will do this. The problem is that a deer’s head is a much smaller and more mobile target so it is more difficult to hit in the first place. What is more a poorly placed head shot, such as a jaw shot, will result in a wound that will lead to a long and painful death with very little chance of finding that deer, even with a trained tracking dog.

The chest area of a deer is a much larger target allowing greater room for error and any deer shot in the body area can usually be found and dispatched humanely if required. I have seen far too many experienced stalkers “miss” head shots to think that this a humane alternative except in very specific circumstances.

I do the deer control for a farmer here in Norfolk and he has now asked me to shoot some fallow on his land as they are damaging his crops. I know that they are not in season just now so can I do this?

Under section 7 of the Deer Act 1991, the so-called “Farmers’ Defence” can be used to control deer out of season in England and Wales.  This enables out of season culling to protect crops on cultivated land and enclosed woodland, but only for the species which have caused or are likely to cause damage to crops, vegetables, fruit, growing timber or any other form of property on the land and the belief that any further damage is likely to be serious and that action is necessary to prevent any such damage.

Note that it is called a “defence” and seen as a last resort only as, should any out of season control be queried, you must be able to show that you have tried all other methods first, including adequate in-season control, fencing, bangers and have recent evidence of the damage being done.

I have just taken on a new piece of ground and after a pretty quiet winter there are lots of roe bucks turning up in areas. Where have they come from, why are they grouping together and should I be looking to shoot them?

It is likely that the bucks you are seeing are young bucks that have been pushed out of the territories of the older, more dominant bucks in the area. The young bucks tend to “wander” about looking for straggling females and end up congregating in one area. I have heard this called a “coffee bar” as it’s where the youngsters hang out! The older bucks will hold the prime territories with the most females and aggressively defend this against other bucks. Which deer and how many deer you shoot should be based on a solid management plan. Depending on what you aim to achieve, you may decide to focus on culling the younger animals to let the big boys pass on their genes. Alternatively, you might decide that some of the older bucks are past their best and need to be taken. In this situation the territory he held will likely be divided into several smaller territories held by the younger bucks you are seeing.

I have recently bought a new stalking rifle and am wondering if it is worth the extra money to get a moderator for it? Do I really need one?

This all comes down to your personal situations and preferences. I would always recommend fitting a moderator, if only for the benefit to your hearing. Prolonged shooting without a moderator fitted will cause irreparable damage to your inner-ears. Moderators can also reduce the felt recoil and muzzle lift of a rifle, making it easier to stay on target, observe bullet strike and make any follow-up shots quicker. Also many stalking leases, syndicates etc. will require a moderator to be fitted to your rifle before you will be allowed to shoot. However, the use of a moderator is not completely necessary. During my time as a gamekeeper in Germany (where moderators are prohibited in many places) I shot many rifles without them, albeit with ear protection. While notably louder and livelier, the handling, weight and balance of the rifles was certainly a bit better and with no moderator fitted, iron sights can be used, which can be popular for driven hunting. If you do not opt to use a moderator, I would advise that a good set of quality ear defenders are essential.

I recently found an antler/deer head. It’s clearly been lying there a while and looks to have been chewed. What would do this and why?

This is a fairly common occurrence in the wild. As we know, antlers drop off deer every year. Once on the floor they are fair game for any number of critters to gnaw away on! Squirrels, mice and other rodents tend to use them to clean and sharpen their teeth, as well as an easy source of nutrients. Of these, calcium and phosphorous are particularly abundant and desirable. Calcium is beneficial for bone and tooth strength and milk production, while phosphorous helps produce protein for growth and repair and also assists with proper organ function and energy storage. This is one of the reasons that antlers are so popular as dog chews (plus they tend to keep them occupied for a good while!). In addition to rodents I have also seen foxes and rabbits chewing antlers and in the Highlands, red deer are known to chew their own cast antlers to get the much needed minerals.

While out walking my dog round my fields I saw a muntjac buck. This is a first and I didn’t know they were in the area! Is it likely to be a random one-off or could there be more around and about?

Muntjac are widely known to be spreading across the country. Unlike the other deer species in the country, they are prolific breeders and can have multiple young every year. Not only does this lead to a natural expansion in search of food and habitat, but the deer are largely territorial and stay in family units. This means that shortly before the does drop their new fawns, the young from the previous birth are chased out of said group and look to move on. It could be that the deer you saw was a youngster looking to set up its own territory. That being said deer of any species will move from one area to another if they are overly pressured or if the food and cover levels for them get too low. Muntjac have also been known to spread through illegal releases, the general thinking being this is to provide unlawful sport to unscrupulous characters. If you’ve seen one, keep your eyes open as there’s likely to be more.

While it is legal, is it ethical to shoot roe does in March?

The season for roe does in England and Wales was extended by a month to the end of March in 2007 and there has been debate amongst stalkers ever since as to whether they would shoot them or not, due to the risk of shooting heavily pregnant animals.

It really boils down to your own preference and many stalkers simply do not like to do so, while others argue that a doe is pregnant in November: the foetus is just more developed in March so shooting her then is no different from shooting her in November.

Of course, the ideal is to meet your doe cull before March and, that way, you are not faced with the dilemma but we all know that it is not always that easy, particularly if game shooting on the land has perhaps limited your ability to get in to stalk from November to the end of January or bad winter weather has prevented your getting there.

Personally, if I still have some left to shoot to meet my target, I shoot them in March but, with pregnant females of all species, I choose not to examine the foetuses and leave the uterus intact.

I live in England and have recently purchased a digital night vision scope. Am I legally allowed to shoot deer with it and does this apply in Scotland?

Deer cannot be shot at night. Night is legally defined as one hour after sunset until one hour before sunrise. Any shooting of deer within of these hours can only be conducted under a specific licence.

In England and Wales there is no specific legislation prohibiting the use of any optics. So, an image intensifying (night vision or thermal) scope can legally be used to shoot deer in daylight.

The law in Scotland is different. It states that the use of light-intensifying, heat sensitive or other special sighting devices is not permitted under Section 5 of the Deer (Firearms etc.) (Scotland) Order 1985. This refers to both day and night-time usage of such optics.