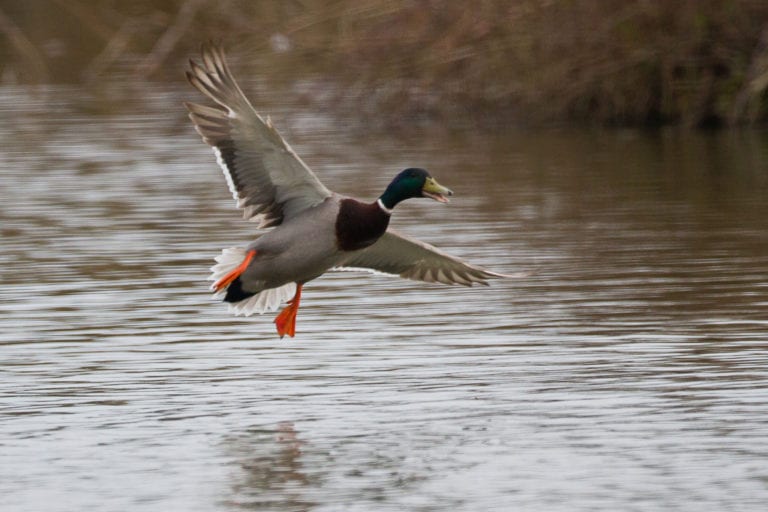 BASC has asked government to intervene.

BASC’s wildfowling department works to ensure a guaranteed, sustainable future for responsible wildfowling in all its diversity.

Wildfowling is the pursuit of geese and ducks, often on estuaries and coastal marshes. It is mainly a solitary sport requiring considerable stamina and patience as it takes place during the winter months in wet, muddy and often cold conditions.

The main quarry are wild geese and ducks which mostly migrant from the Arctic Circle, Scandinavia and the Low Countries in the autumn before returning to their breeding grounds in the spring. Their habits are governed by tide, wind, weather and the moon.

Generally, geese fly to their feeding grounds at daybreak and return to roost far out on the mudflats at dusk. Ducks usually come in at dusk to feed and spend the night on the pools, returning to the mudflats at dawn.

A wildfowler needs to be able to identify legal quarry species in poor light and difficult weather conditions. Often, despite many hours spent on the marsh, they may not fire a shot. When they do, it is important that they has a dog to retrieve the bird from the mud or water. An intimate knowledge of the coast is a prerequisite to this sport. The inexperienced wildfowler can easily be cut off from the land by the twice-daily tides or become disorientated by the sudden descent of fog.

BASC’s wildfowling department is responsible for maintaining contact and working with roughly 140 dedicated wildfowling clubs and currently more 9,000 individual wildfowlers from BASC affiliation. The department provides pivotal support in developing wildfowling policy and manages, organises and contributes to a wide range of skills to ensure a guaranteed, sustainable future for responsible wildfowling.

The department oversees the BASC Crown Estate foreshore lease and management plan programme. They act as agents assisting with consent applications to allow the continuation of wildfowling over protected sites. The department promotes best practice and maintains regular contact with wildfowling joint councils, statutory agencies, public bodies and other stakeholders. 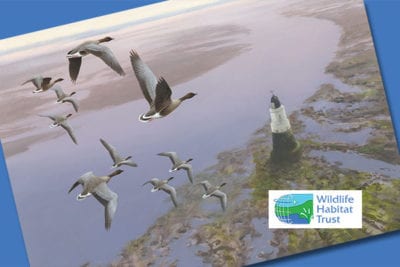 Almost 30 years ago, Rodger McPhail was commissioned to paint the first ever Wildlife Habitat Trust stamp. 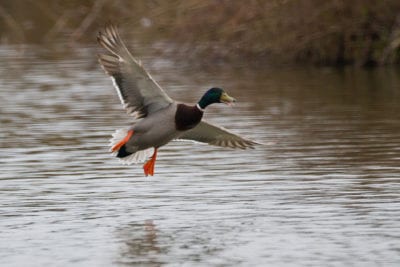 BASC has asked government to intervene.

The report excludes the intertidal area, meaning through BASC engagement wildfowlers will remain unaffected by any new legislation.

Wildfowling - An introduction
Pink-footed geese and the Wyre-Lune sanctuary
The Long Retrieve.
Amazing wildfowling dog.
Duck tubes and how to build them
Previous
Next

BASC Member get a Member
If you introduce a friend to BASC, you could each win a gun worth around £2,000 in our annual Member Get A Member free prize draw.
Find out more
BASC Free Shooters' Pack
Learn more
Previous
Next

The Wildfowling Liaison Committee (WLC) was established to advise BASC Council on all policies relevant to wildfowling and to support liaison between BASC, individual wildfowlers and wildfowling clubs.

WLC representatives are chosen as respected members of the wildfowling community by the Chairman. Each member should be approachable and able to feed back on matters of importance.

The minutes for each WLC meeting are made available on the BASC website as soon as they have been ratified.

For specific advice on wildfowling matters please contact us on: 01244 573 011 or email

How can I get into wildfowling?

Starting out isn’t as difficult as you might imagine.

Wildfowling is a Marmite sport. You’ll either love it or hate it, but it is something everyone should experience at least once in their lifetime. The beautiful sunrises and the myriad waterfowl make up for the small bag sizes.

The BASC Wildfowling Permit Scheme booklet is produced every year and has details from clubs across the country who joined an initiative to get more people out on the foreshore.

There are permits available from as little as £10 and a member of the club will accompany you to ensure you have the best possible introduction and, most importantly, stay safe.

BASC also runs Introduction to Wildfowling Days with a few clubs around the country.

Check out the BASC wildfowling page for more details, or give the department a call to register your interest on 01244 573 011.

Can I shoot Canada Geese outside of the season?

You can under the specific terms of the general licences in the UK country you are shooting in.

Who are my Wildfowling Liaison Committee (WLC) representatives and how can I speak to them?

The WLC members are hand-selected by the chairman of the WLC. The chair is appointed by BASC Council and they will always be a serving council member.

A good cross-section of the wildfowling community is needed for the committee to be truly effective.

A full and comprehensive list of all our WLC members can be found here, together with the latest meeting reports: https://basc.org.uk/wildfowling/club-advice-and-information/wildfowl-liaison-committee/

WLC members can be contacted by email on wlc@basc.org.uk or you can liaise with them directly at club meetings or events throughout the year.

Who works in the wildfowling department and how do I get in touch with them?

How do I know if a severe weather ban has been brought into place for wildfowling in my area?

If you have any concerns regarding severe weather, please refer to the BASC website. This will be updated daily during periods of adverse weather.

After seven days, BASC will be calling for voluntary restraint based on the projected forecast.

Our recommendations are there to help inform your decision to shoot or not.

At 14 days there will be a national suspension. This information will be communicated through daily updates on the BASC website, through BASC Fast Tracks emails, social media accounts and press releases.

Further information regarding the suspension of shooting wildfowl can be found here.

How do I do an online bag return?

This is a really easy process. Follow the steps below:

1. Search for “BASC Green Shoots Mapping” in your chosen search engine or click here to go directly to the page.

4. Go to the Bagged It option.

5. Click on Visits. This will automatically take you to your club’s information page showing the areas your club has authority to shoot over.

7. Pick the relevant area and click on Add a visit.

9. Scroll to the bottom of the page and click on Save and return to my visits.

At the end of the season remember to submit your return to your club’s returns officer for review.

What cartridges should I use? I haven’t used steel before and have heard conflicting advice?

Ammunition choice will depend on the gun you are using and the quarry. Some guns are not suitable for steel ammunition be it through age, material or choke restriction. Bismuth or Tungsten would be the best recommendation.

Standard steel ammunition may be shot through a non-steel proofed gun but there are only a few standard steel loads available. Click here to read guidance and fact sheets from BASC’s firearms team.

High performance steel ammunition can be shot through steel proof shotguns. You can find this by looking for the “fleur-de-lys” proof marks or its barrel markings that state the barrels are steel shot proof.

Steel ammunition has improved massively over the last decade and ballistically it has proved itself more than capable for the job. Remember the rule of thumb about upping the size of the pellets by two to allow for the pellet density difference between steel and lead.

You should always pick the cartridge to suit the quarry i.e. shot size three or four for duck and three, two, or one BB for geese. Wherever possible always choose a biodegradable wad.

There are quite a few types of chokes on the market and several ways they work.

The most common after-market chokes work in one of 2 ways. Either

Standard constriction works by tightening the pattern of shot in the gun barrel over the last few inches causing the pellets to group together and pattern density to increase.

The more the restriction the tighter the pattern. Loosely speaking the following rules apply.

Wad grabbers work by either using a mechanical restriction (a ring of studs grab the expanded base of the wad for a fraction of a second allowing shot to leave unhindered by gas or wad) or gas restriction to slow the wads down by a fraction of a second in the shape of channels similar to rifling in a barrel. As the wads reach the required area in the choke. The channels fill with gas and slow the wads allowing again the shot to leave unhindered by gas and wad. This then causes a shorter denser pattern giving greater pattern penetration at greater distance.

Remember pattern test your gun and ensure you shoot with its and your abilities.

Do I need to buy a new gun or extra kit to go wildfowling, and is it expensive?

No not at all. It really depends on where you are going and the quarry.

There is ammunition out there for all guns and configurations so you won’t need to buy a new gun, at least to start with.

For those of you with only 23/4” chambers, use Bismuth or Tungsten in the appropriate shot size for the quarry you seek. If you are using the BASC permit scheme, a friendly ‘fowler may lend you a more suitable gun for the flight.

There is definitely equipment that will make you more comfortable when wildfowling. Take a look at our What to Wear when Wildfowling blog to find out more.

How does my club apply for a Wildlife Habitat Trust grant?

The Wildlife Habitat Trust is made up of three trusts.

The WHCT is a charity and is therefore regulated by The Charity Commission. In granting money, the WHCT trustees will need to be satisfied that the aims and objects of the WHCT are being met, and are of public benefit.

You may also wish to speak to Paul Williamson, BASC’s head of land management and also secretary to the WHT trusts.

Can I shoot on a Sunday and during the night?

On Sundays, Christmas Day or during the period commencing one hour after sunset on any day and ending one hour before sunrise the next day, it is illegal to shoot game birds and wildfowl.

Wildfowl and waders may not be shot on Sundays or on Christmas Day.

Wildfowl and waders may not be shot on Christmas Day or in certain counties.

Before the passing of the Wildlife and Countryside Act 1981, orders prohibiting the shooting of wildfowl on Sundays were made under the Protection of Birds Act 1954. These orders have not been rescinded, so shooting cannot take place in the following counties/part counties on Sundays:

The restrictions relate to the exact location of the shooter. Our guidance that if there is any doubt at all of your position, you are better off not shooting in the area on a Sunday.

For our full range of membership options