The sport of target shooting involves the use of air rifles, pistols, muzzle-loading rifles and pistols, and cartridge rifles (both rimfire and centrefire). Clay shooting, practical shotgun and practical rifle are also important branches of the target shooting disciplines.

All require concentration, self-discipline and great self-control. Being relaxed and focused is key for hitting the bullseye.

Where can I go to target shoot?

Target shooting is largely conducted within clubs. These clubs will usually have guns and equipment so that beginners can try the sport at minimum expense.

What equipment is used?

Air rifles and pistols are a popular and cost-effective way to enter the sport, but they should not be regarded only as an entry because they can be developed up to Olympic standard.

“Small-bore” rifles (of .22 calibre) are generally used at shorter range such as 25 yards but sometimes out to 100 yard. Larger rifles (termed “full-bore”) are shot at targets over much greater ranges, even up to 1000 yards.

Muzzle-loading pistols are either original antiques or modern replicas which are loaded by pouring gunpowder down the muzzle or into the front of the cylinder of a five- or six-shot revolver. These are shot at targets over ranges of 20/25 yards.

Another branch of this popular sport involves muzzle-loading rifles, muskets and shotguns, both flintlock and percussion (caplock), again using either genuine antique guns or modern replicas. These are shot at targets over greater ranges than the pistol. Muzzle-loading target rifles were originally shot at ranges from 100 to 1200 yards and the same competitions are available to enthusiasts today.

There are very many different competitions that shooters can enter once they feel competent enough – from very simple short-range club competitions right up to Olympic standard. The great thing about the sport is that you can choose your own level of competition and compete against others of a similar skill. In fact, you compete against yourself every time by trying to improve your last score and aim to eventually move up to a higher grade.

BASC supports all forms of legal shooting within the UK whether it’s target shooting, pest control, game shooting, wildfowling, or deer stalking – both amateur and professional. Whatever and wherever you shoot, BASC will always fight to preserve your rights. 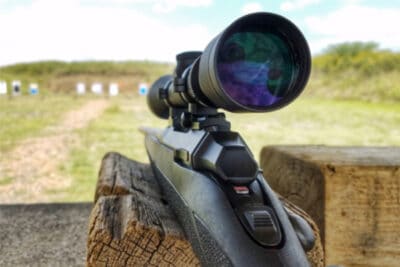 BASC is calling on all shooters in England, Wales and Scotland to object to Home Office proposals for a massive and unjustified hike in firearms licensing fees 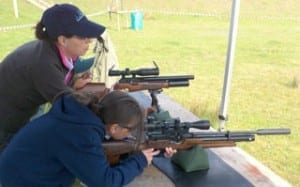 BASC Member get a Member

If you introduce a friend to BASC, you could both win a gun worth around £2000 in our annual Member Get A Member free prize draw.

For specific advice on target shooting matters please contact us on: 01244 573000  email