BASC statement on the death of Prince Philip 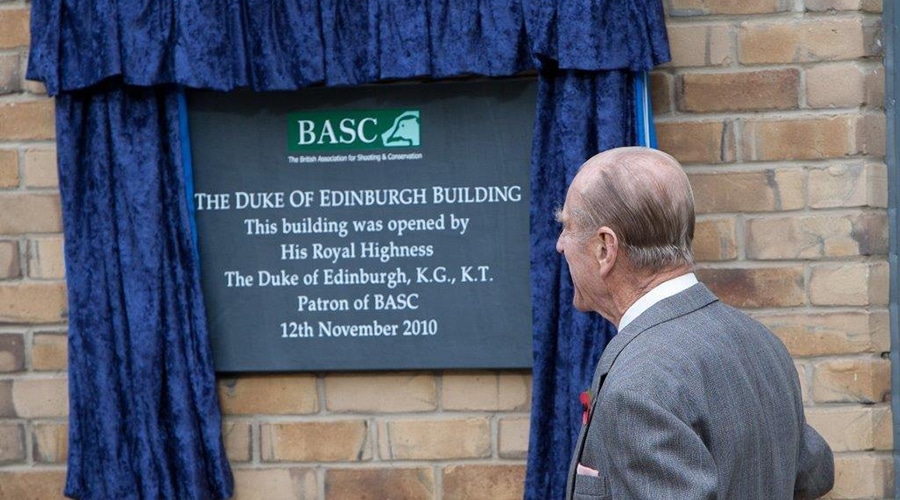 BASC has extended its deepest condolences to Her Majesty the Queen and the Royal family following the death of the association’s patron, His Royal Highness Prince Philip on 9 April 2021 at the age of 99.

BASC chairman Eoghan Cameron said: “Everyone at BASC is deeply saddened at the passing of Prince Philip. Our thoughts are with Her Majesty the Queen and the Royal family.

“The Duke of Edinburgh was the association’s patron for more than half a century and exemplified the ideals of sporting shooting and conservation. A keen shot, who enjoyed punt-gunning on the Wash as much as game shooting at Sandringham, he also had a passion for conservation.”

Prince Philip became the first royal patron of the Wildfowlers’ Association of Great Britain and Ireland (WAGBI) – later to become BASC – in the year of its diamond jubilee, 1968.

BASC president Lord Geoffrey Dear said: “We extend our deepest condolences to Her Majesty the Queen and the Royal family on the death of His Royal Highness Prince Philip.

“Prince Philip keenly understood the importance of a strong relationship between conservation and shooting. He served first WAGBI and then BASC as patron for more than 50 years and shooting will forever be in his debt for the guidance he provided during a period of unprecedented change in shooting and the countryside.”

Always taking a keen interest in the affairs of BASC, Prince Philip wrote a personal introduction to The Handbook of Shooting – the Sporting Shotgun – which has been continuously in print for more than 30 years. He continued to advise the association until his death.

In 2010, he visited Marford Mill to open a new communications centre named in his honour, the Duke of Edinburgh Building. He spent time touring BASC and speaking with staff about their roles. He gave a speech to staff, BASC Council and local dignitaries and unveiled a commemorative plaque.

At the time, Prince Philip said: “I’ve always had great admiration for what this organisation has been doing ever since it started out as the Wildfowlers’ Association. Let me congratulate everybody who has had a hand in producing this new building. Those who have paid for it and those who designed it and those who have fitted it out and I hope that those of you who are now occupying it, your work level and your achievement level will rise in proportion.”

Watch a video of Prince Philip’s visit to BASC here.

Read our Obituary of HRH Prince Philip the Duke of Edinburgh here.