HRH The Princess Royal presents awards at The Game Fair 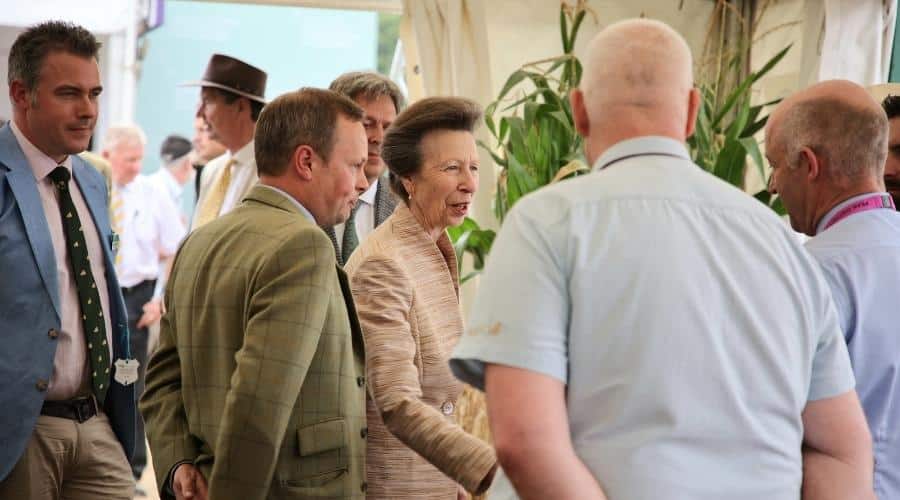 Her Royal Highness The Princess Royal visited the BASC stand at the Game Fair today to present two new awards to commemorate her father the Duke of Edinburgh’s 53-year patronage of BASC.

BASC chief executive Ian Bell said: “It was absolutely wonderful to welcome The Princess Royal to the BASC stand today to present the awards. The Duke of Edinburgh was BASC’s patron for more than half a century. He exemplified the ideals of shooting and conservation and keenly understood the importance of a strong relationship between the two.

“We felt it only right that an award should be set up in his name to commemorate his important contribution to the countryside.”

Mr Young, a stalwart of the shooting world who was described in his nomination as “one of the most prominent shooting journalists and activists in the UK”, was proposed for the award for his national contribution to shooting and conservation over many years.

He has shot since he was eight years old and joined WAGBI, later BASC, aged 13. After working as an assistant gamekeeper before university, he was appointed assistant editor of Shooting Times in 1982, becoming the deputy editor in 1984, before rising to editor in 1986.

In 1991 he became editor of The Field, the oldest and best-selling country sports title in the UK, and remained at the helm for 29 years.

Collin was nominated for the award in recognition of his outstanding commitment to wildfowling at Lindisfarne. This includes the thousands of early mornings he has met wildfowlers before daybreak, checked permits and ensured wildfowling is conducted in this iconic landscape.

Ian Bell added: “BASC is delighted that The Princess Royal was able to present these awards to commemorate her father. We are equally delighted that Jonathan Young and Collin Teago are such worthy recipients”.

Jonathan Young said: “I am extremely honoured to have received this award. I joined BASC – then WAGBI – as a junior member 50 years ago and have been a member ever since.

“I have never wavered from my firm belief that BASC is absolutely committed in its support for British shooting men and women – and that everyone who shoots should, in their turn, support BASC.”

Collin Teago added: “All of the early mornings were absolutely worthwhile and I’m honoured to be recognised in this way.”