Fuelled largely by media bias and a populist agenda, the anti-gamekeeper feeding frenzy of late must cease, says Ian Grindy, who argues that it’s time to moderate the unnecessary rhetoric against a profession that does so much for our countryside.

Two pieces of research, one commissioned by the Scottish Government and the other by BASC, Countryside Alliance, Game Farmers Association and National Gamekeepers Organisation, indicates that two-thirds of gamekeepers experience threatening behaviour or abuse from members of the public at least once a year. The surveys also show that anti-shooting campaigns and lack of government support are leading to gamekeepers feeling less optimistic about their future. So what type of abuse are we talking about? This is a more complicated question than you might think.

I spent 30 years as a professional gamekeeper and another 17 years in estate management. During my time as a keeper, most of the threats and abuse I suffered came from the poaching fraternity. I dealt with serious professional poaching back in the 80s and 90s. My boss would not allow brown hares to be killed on the estate, unless there was a very serious crop damage issue to justify it, so I also had to deal with illegal hare coursing, and all the intimidation that goes with it. I had my ribs and nose broken more often than a professional boxer and the level of intimidation against my family and property beggared belief.

I worked long hours through the night watching for poachers. I also helped the police locate criminals and drug dealers while I was out there, just by keeping my eyes open – and that’s dangerous if the baddies get to know what you are up to.  Yet keepers never ask for any sympathy or praise for helping the police, or others involved in countryside management, they just get on with it.

I thought those bad old days were behind us until I rang to catch up with a keeper in the south of England. People in that part of world are still stunned by the death of a local policeman killed in the most horrific way by rural criminals. This incident sent shockwaves through the entire community, but worried keepers and their families more than most, because they have to deal with these people all the time. And it seems to be getting worse.

The police are stretched more than ever, we all know that, but so do rural criminals. They don’t just steal their way into estates anymore to take or kill whatever they can, they do it openly. Some estates in my friend’s area, I was told, had steel gateposts concreted into the ground to stop vehicular access to land and property, only to have them towed or winched out again days later. And when these same people shine a light through your window in the middle of the night, there is a message attached to it – we are here, don’t get involved.

It is also stressful when some keepers, particularly in upland areas, now find themselves being followed on their daily rounds by people who wish to monitor their activities. This, I am told, is to prevent raptor persecution and bad practice. I don’t condone bad practice in the uplands – or anywhere else for that matter – but there are ways of dealing with it, and this is not one of them. In any other minority group this would be called harassment.

Having said that, keepers are fairly robust characters and they can usually take care of themselves, but their families less so. Anti-shooting/gamekeeper rhetoric can find its way into schools and local communities and generate abuse, serious stress and psychological trauma for keepers and their families. School-age children are particularly vulnerable to this. I am not saying that every keeper is a saint, of course not, but in this world of mass communication, it doesn’t take much to demonise the entire gamekeeping community. It’s hardly surprising that keepers lack optimism for the future.

I am getting older, probably too old to hope that things will change overnight, but during my time as a keeper I loved being involved with local conservation initiatives. I worked with the Red Alert squirrel group to prevent grey squirrels from threatening our coastal population of red squirrels.  This meant organising every keeper in the area to do a job, and they did it. Whether it was the Wildlife Trusts’ attempts at protecting our mossland water voles, or our local barn owl re-introduction project, I was up for it. And I was good at persuading others to do the same.

I remember stopping the felling of an area of woodland because our local raptor group said they had spotted long-eared owls living there. I asked our farmers if they would be willing to be a bit more careful with their drainage machines in those main watercourses where water voles were prevalent. I changed the nature of our cover crops to accommodate wild birds rather than just gamebirds. When I thought we had a harrier nesting in a lowland rape field, I rang Natural England to let them know.

Conservation groups and organisations soon latched onto my influence in the local landowning and gamekeeping fraternity, and used me – very willingly I might add – to gain access to land, farms and estates where they hoped to set up conservation initiatives. I was the man who could help them get a foot in the door, and I didn’t take much persuading. Some estates and keepers provide considerable benefits to the countryside, but in the current situation they get little credit for it.

Keepers are reflective of society in general. They worry about tied housing, pensions, job security, and the public perception of their role in the countryside, so they are human after all. The death-by-a-thousand-cuts strategy of those opposing shooting is undoubtedly having an effect on the general morale of keepers. There are those that would like to see keepers legislated out of existence, and then there are those that realise that if you want landscape-scale conservation, you need to work with those who manage the landscape, and that requires the goodwill of keepers, farmers and private landowners.

Of course, not everyone who opposes shooting is an ‘anti’ or an anarchist, just as not all keepers persecute birds of prey or flood the countryside with pheasants. But there is an anti-keeper feeding frenzy going on at the moment, fuelled in part by an unequal level of influence over the media and a populist agenda, and it’s not healthy for anybody. Having said that, keepers and shoots that break the law (and the Code of Good Shooting Practice) also share the blame for this.

I have witnessed these issues from both sides of the fence and I urge caution all round. It’s time for both sides in this debate to take a deep breath. There is a need for some reform in the shooting world and many shooters accept that.  What they don’t accept is being kicked and bullied.

I have worked with people from most of the mainstream conservation organisations, and I never met a single one of them who would wish to see keepers and their families abused, threatened or bullied. That’s the good news. The problem is that when you start a fire and keep throwing fuel on it, the thing soon starts to burn out control.  And that’s when those with less honourable intentions jump on the bandwagon. It’s time to moderate the unnecessary rhetoric against keepers and move on. 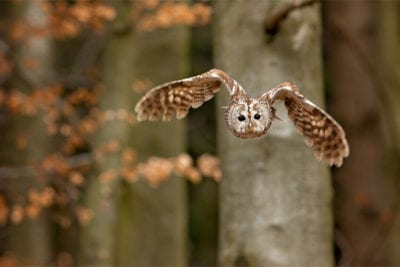 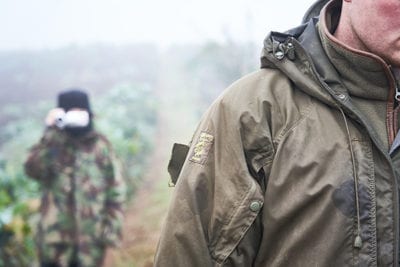