Gamekeepers and the shooting community are often those most affected by, or witness to, poaching and rural crime. We are the eyes and ears of the countryside and often suffer the consequences of rural crime. Poaching can lead to a number of animal welfare issues. For instance, it can cause serious loss of income from illegal taking of game and fish and the damage which many poachers do to crops and land. Poachers are usually involved with many other rural crimes from theft of dogs and livestock to burglary.

BASC is committed to increasing awareness of poaching as a serious wildlife crime. We look to build better trust and relationships between the police and local communities, and as a result, improve prevention activity, intelligence and enforcement success.

BASC is an active member of the Partnership for Action against Wildlife Crime UK (PAW UK). The partnership helps statutory and non-government organisations work together to combat wildlife crime. Its objectives are to reduce wildlife crime through effective and targeted enforcement, better regulation and improved awareness. Wildlife crime includes offences like poaching, killing or disturbing protected species, or damaging their breeding and resting places and illegally trading in endangered species. It is one of the pressures that can push animal and plant species closer to extinction.

The National Intelligence Model (NIM) takes an intelligence-led, problem-solving approach to crime and disorder. It promotes partnership working and uses the management of information and intelligence to operate at all levels of policing.

On behalf of the United Kingdom (UK) and devolved UK Governments, the National Wildlife Crime Unit (NWCU) through a high level group known as the UK Tasking & Coordinating Group (UK TCG), produces intelligence products which include a UK strategic assessment on wildlife crime and from which wildlife crime priorities are agreed.

The UK TCG can review and amend the priorities at any time. However, they are formally reviewed every second year (2011, 2013, etc). Each priority is taken forward via a Priority Delivery Group (PDG). The PDG has a named plan owner, plus a lead for each of the three strands of prevention, intelligence and enforcement. Each group concentrates on the priorities that have been set, however they can also consider emerging trends. Any changes to the priorities must be done through the UK TCG. 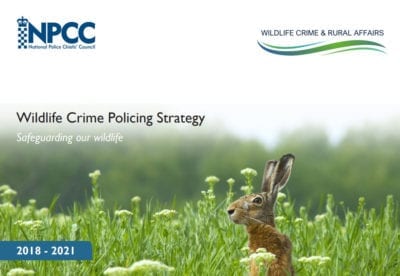 Over the last 14 months the Wildlife Crime Policing Strategy and Rural Affair’s Strategy have been developed through inclusive consultation with police and partners. The contribution and feedback from police and partners was essential in helping to shape and create a strategic direction. This has now been agreed by all Chief Constables in the UK as the way forward.

This is a significant step forward to safeguarding our wildlife and strengthening safe and prosperous communities. These strategies have the support of the Association of Police and Crime Commissioners (APCC), the Home Office and the College of Policing. It is important that all police and partners work together moving forward to make these strategies a reality.

The England and Wales Poaching Priority Group have brought together relevant organisations and police officers with expertise in poaching issues to work together to tackle the issue of poaching. 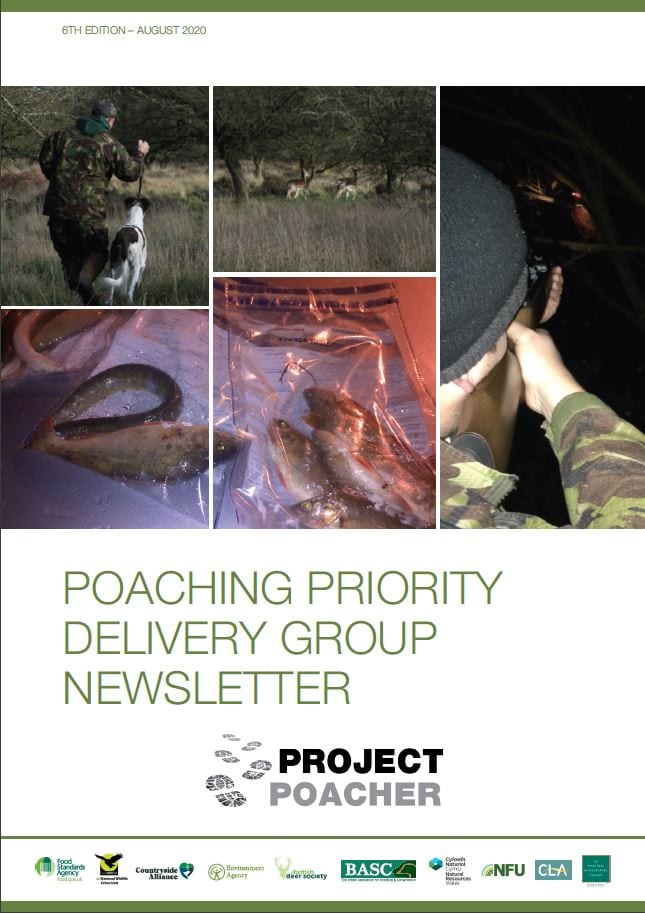 Following the success of Project Trespass*, the scheme has been relaunched as Project Poacher at the recent UK Wildlife Crime Enforcers’ Conference.

Project Poacher is made up of two key elements; advice and support for law enforcers and a free, easy-to-use app for reporting poaching incidents.

Project Poacher will continue to coordinate action across England and Wales through:

The initiative has seen public meetings held across the country involving partner agencies involved with the group, local police and members of the public living and working in the countryside. Magazine articles have been written to raise understanding and encourage the reporting of poaching incidents. Police forces have taken direct action running anti-poaching operations gathering intelligence and targeting offenders.

The NWCU has undertaken a review of intelligence, numbers and types of convictions and other information received following the first six months of the project. The results are staggering. Intelligence collated from across England and Wales by the NWCU increased from 44% to 55% for the total amount for wildlife crime received.

As a result, some forces have initiated very effective anti-poaching operations. An example of this is Lincolnshire police’s Operation Galileo which saw 186 people dealt with in the courts in 2012. The operation recommenced again to coincide with the peak of the illegal hare coursing activities and is also being implemented by other East Anglian forces.

The group in Scotland does similar work. It is led by John Bruce from the British Deer Society and BASC is represented by Colin Shedden, who is the lead on the Prevention in Scotland.

One of the issues surrounding poaching is that while it is a crime, it is not classed as a recordable offence by Home Office statistics. This means it is difficult to obtain accurate figures. Another concern is the amount of under-reporting of poaching and indeed other rural crime. It is therefore important that we act as one to combat poaching and rural crime therefore reporting all incidents.

What to do if you have poachers on your land

If you see or are aware of poachers on your land/permission and want them off, call the police. Only you can decide whether this is a 999 or a 101 call (101 is the non-emergency number to report incidents). If you are being threatened or damage is being caused, then that is urgent and 999 should be used. Give the call taker as much information as you have, such as vehicles used, how many offenders, do they have firearms, etc. Also, you will need to give as good a location as you can, especially at night. However, the most important thing is to get an incident or log number for what you are reporting.

You might be told that there is nobody to send immediately, but insist on the incident/log number. Ask for the incident to be forwarded to the Wildlife Crime Officer and the local beat officer. It is a good idea to do this whether police attend or not. Tell the call taker that this is a wildlife crime and needs to be recorded as such. This last point makes it easier to monitor the number of poaching offences and, hence, the true picture will emerge 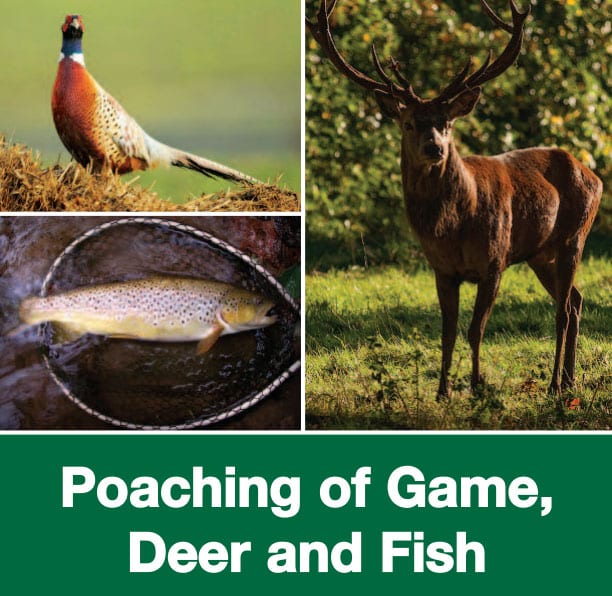 Follow up of shot deer With a well-placed shot most deer will be killed quickly and retrieving the dead deer will not be an issue. However, occasionally things do go wrong and it is critical that the stalker knows how to follow-up a wounded deer correctly such that it can

Covid-19 has dramatically impacted all our lives. Since the beginning of the first lockdown the government has provided a series of financial support schemes to help businesses and individuals overcome loss of work and income.

Coastal Access Coastal Access England Implementation of the England Coastal Path is now well underway. Natural England, the government agency responsible, expects to complete work on the England Coast Path in 2020. Current progress can be viewed here https://www.gov.uk/government/collections/england-coast-path-improving-public-access-to-the-coast Coastal access involves more than just the creation of a path. The