BASC is supporting its European hunting partners to ensure the proposals to introduce legislation which further restricts the use of lead ammunition around wetlands is not taken forward by the European Commission later this month.

The legislation is part of a European programme to assess and limit the use of toxic substances.

Dr Conor O’Gorman, BASC’s head of policy and campaigns, said: “BASC opposes these proposals as being overly restrictive and precautionary and we are working hard to see them significantly dampened.

“As the UK is currently in the transition phase of leaving the European Union, further EU restrictions on lead ammunition will impact us and we have limited lobbying power because our MEPs have already left their positions. However, as secretariat of the European Hunting Federation (FACE) Ammunition Working Group we are working closely with associations across Europe to fight against the unworkable proposals.

“While focus remains on ensuring a smooth voluntary transition away from the use of lead shot for live quarry over the next five years in the UK, we are battling against strong forces from Europe that want to see a larger ban enacted in a much shorter period of time.” 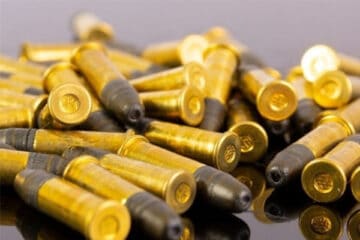 Read our overview of the Health and Safety Executive's proposed lead ammunition restrictions in England, Wales and Scotland.