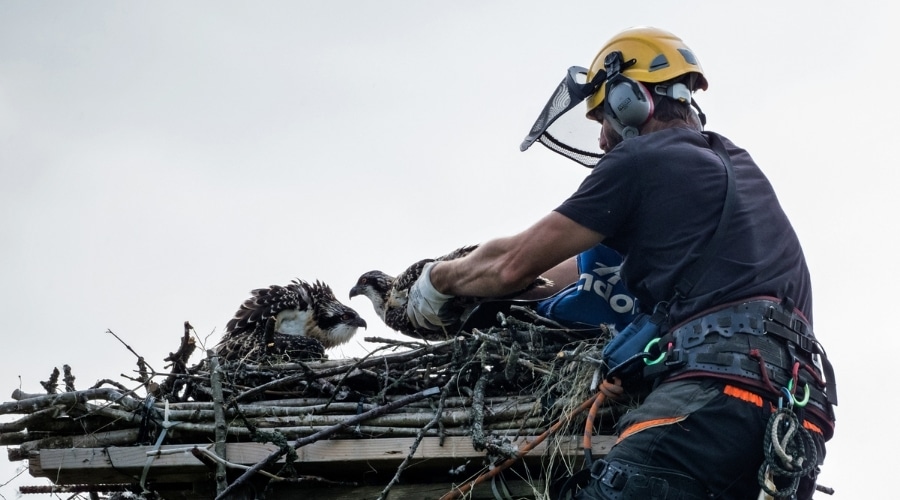 This year has seen the six osprey nest sites in the South Lakes assisted by BASC successfully fledge chicks, giving cause for celebration by conservationists and local landowners.

A total of 15 chicks have been recorded from the sites. All of these have now received an official British Trust for Ornithology (BTO) leg ring and an individual marker, allowing them to be monitored for conservation reasons over the coming years.

“A complete success” was the verdict of Mike Thornley, BASC’s north regional officer and project lead, when discussing the 2021 osprey breeding season in the area. He continued: “As well as six nesting pairs rearing 15 chicks, we have also had many more immature ospreys in the area searching for future partners.”

BASC’s osprey project, which is funded by BASC legacy donations, is a feather in the cap for landowners and the local community, who take pride in the prevalence of ospreys in the area.

Where do the ospreys go from here?

Following successful fledging from their Lake District residences, the new osprey chicks will embark on an epic migration to West Africa in the near future.

It is expected that they will return to the South Lakes in a couple of years. This was certainly the case for the bird known as YC, a standout success of BASC’s osprey project.

Having hatched three chicks this year with his mate, he has now successfully raised 15 young ospreys. At the age of 13, YC is a pillar of the project.

YC, we salute you.