New research into the Eurasian wigeon has revealed a monumental migration of nearly 10,000km (or 6,214 miles) – which is further than travelling from the UK to Botswana!

One of the amber-listed ducks was found to have travelled from its winter base on the east coast of England and Scotland, across Scandinavia to its breeding ground in Russia.

The epic journey was recorded as part of Project Penelope, an international collaboration between BASC and the Waterfowlers’ Network.

The three-year project aims to learn more about the species along their flyway, in the hope that we can better conserve them in the future.

“Seeing the results of this first year’s migration has really opened our eyes to the potential of this study,” said Heather Dixon, science officer at BASC. 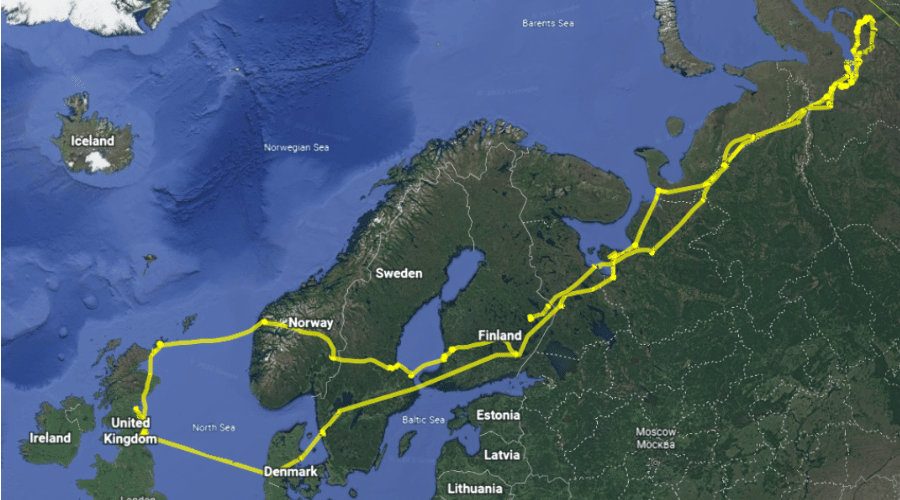 “This three-year project will continue to provide data for years to come. It will bring new insights into the movement of wigeon not just within the UK, but across their entire migratory range.”

The project team is using a range of techniques, including colour-ringing and GPS-tracking to learn more about the annual migration, site fidelity and survival rates.

Heather added: “Our first year was not without its bumps in the road for the UK; flooding, Covid-19 and the effects of Avian Influenza caused problems up and down the UK. This sadly meant that some of the field work could not go ahead.

“Despite these issues, we have had tremendous success, colour-ringing a total of 695 wigeon in the UK. These birds generated 37 re-sightings across the country as the wigeon moved throughout the winter.

“The Finnish team has now deployed 57 GPS-trackers in total. One of which now shows the full migratory route as the bird passed through Finland on its way to its breeding grounds in Russia for another breeding season.”

The project is being funded by the Wildlife Habitat Charitable Trust, the Danish Hunters’ Fund for Nature and the Ministry of Agriculture and Forestry of Finland.

Click here to find out more about Project Penelope.