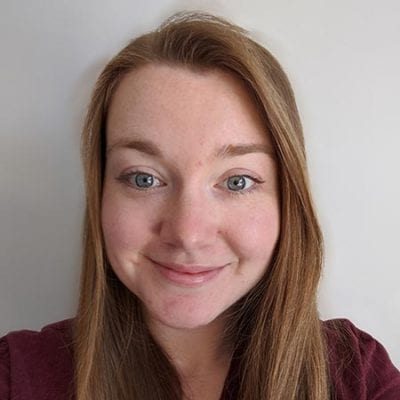 Heather is BASC’s science officer. She has a BSc in Animal Science and an MSc in Wildlife Management from Newcastle University. She has undertaken several research projects has been involved in the management and conservation of a small grouse moor from an early age.

Launched last year, Project Penelope is an international four-year collaboration project between hunters and scientists aimed at improving our knowledge of one of Europe’s most popular quarry ducks – the Eurasian wigeon.

What is BASC's role in researching wigeon?

Within the UK, Project Penelope involves catching and tagging wigeon with coloured leg rings. The UK-leg of the project is fully funded by the Wildlife Habitat Charitable Trust (WHCT), with the combination of the Danish Hunters’ Fund for Nature, the Ministry of Agriculture and Forestry of Finland and the WHCT providing financial backing for the European aspects.

The ringing is carried out by trained and licenced volunteers. The leg rings are used to identify individual birds so that we can track their movements based on re-sightings in the field.

Our collaborators in Denmark and Finland will also be using these colour rings and will also fit some of the birds with GPS trackers.

Through these techniques, Project Penelope has set out to learn more about the annual migrations, site fidelity and survival of wigeon across Europe.

A positive start, despite the challenges

So, this first year of Project Penelope was not without its bumps in the road. Flooding, Covid-19 and the effects of Avian Influenza (AI) caused problems up and down the UK. This sadly meant that some catches could not go ahead as catch sites sat within AI restriction zones.

Despite these issues, we have had a tremendous turn out, and ringing wigeon went well with 730 birds caught in total. Of these, 625 were new to ringing and 105 were birds that had been previously ringed and had a colour-ring added.

We have also received 35 recorded widgeon sightings across the UK, with more hopefully to come. Remember to keep your eyes peeled for green or blue leg rings when they return next season!

I was lucky enough to be able to attend a catch hosted by Preston and District Wildfowlers Association in mid-February. This was my first ever duck catching experience, so I was very excited to see how it’s done and get stuck in.

As we arrived at the site before dawn, we were told there were around 40 wigeon and a handful of shelduck in the catch area. More were on the water ready to move up onto the grass, so success was likely. Suspense was high as we waited down a bank out of sight, watching the world wake up.

After about twenty minutes, another flock of wigeon circled over the catch site, and just like that, the whole of the catch area emptied of birds! In spite of the undeniably beautiful sight of hundreds of ducks flying overhead, my heart sank.

Looking up at Louise, the lead cannon-netter, we heard a count down on our walkie talkies. On zero the cannon nets were fired, and we leapt into action to retrieve the birds. In the net were 40 shelduck and a mallard.

Fair to say that working with nature doesn’t always go as planned. However, the team of wildfowlers and bird ringers worked seamlessly processing the birds with superb efficiency. Although there was disappointment in the air about the absence of wigeon in the net, a great morning was had by all anyway.

How you can get involved

A hugely important part of Project Penelope and any other ringing project comes from the data generated by people re-sighting these birds, without this we would collect very little data.

Should you sight, photograph, shoot, or in any other way encounter one or more ringed individuals, we would very much appreciate hearing from you.

There are a number of ways in which you can submit your sightings but the best way is through Project Penelope’s reporting site here.

Alternatively you can submit them through your national reporting scheme, or by emailing heather.warrender@basc.org.uk.

It is important to ensure the ring is read up the leg, taking note of the characters and the ring colour. Also make a note of your location, the flock size observed, the date and the time.

Importance to the future of wildfowling

But what does this mean for the future of wildfowling? Essentially, Project Penelope has sustainability as the heart of it and will allow us and inform decisions on shooting at an appropriate scale.

What’s also important to say is that Project Penelope’s four-year term will continue to provide data for years to come. It will bring new insights into the movement of wigeon within the UK and across their migratory range. It is extremely exciting to see where our wigeon end up over the coming months.

Click here to find out more about Project Penelope.