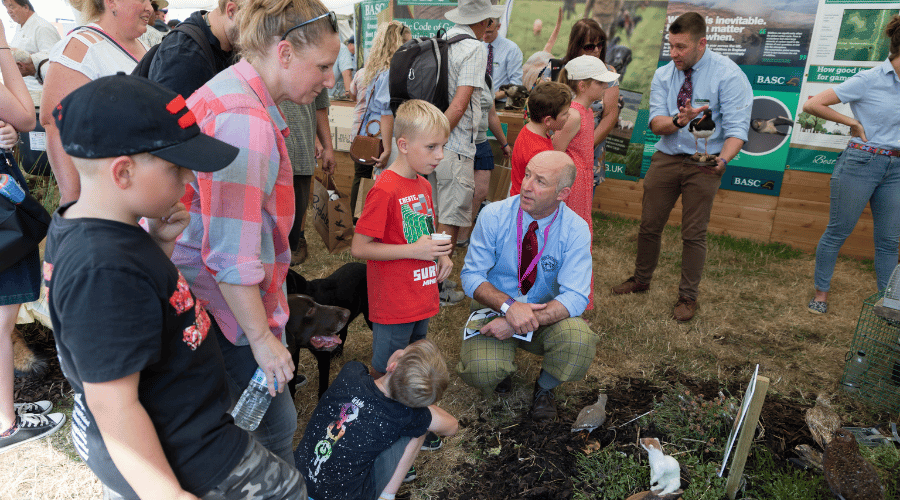 BASC’s relationship with the Game Fair continues to grow and it’s fantastic for our members to reap the benefits of this association through complementary access to the show across all three days, plus discounted entry for guests.

Heading into the fair we knew that 30,000 members had pre-registered to attend. While we are yet to receive the final numbers, these look set to grow on last year’s, highlighting another benefit of BASC membership.

This year’s Game Fair saw a record number of visitors enjoying the BASC BSA airgun lines, with more than 650 individual sessions taking place. The BASC shotgun line hosted 430 lessons, with the majority of days being completely booked out.

Over at the BASC gundog scurry more than 1,000 dogs were put to the test across all competitions over the three days.

Across all areas of BASC at the Game Fair, we extend a heartfelt thank you to all the BASC volunteers that make this monumental operation possible.

The accolades kept coming on day two, with presentations of further BASC honours and awards to members of the shooting community who have worked tirelessly with and alongside BASC to promote and protect shooting.

As ever, the show rolls on, with many of the BASC Shotgun Coaches have making their way over to Lincolnshire for the five-day Poacher Jamboree where BASC will be working with 6,000 youngsters this week.

We also have more local and regional shows to look forward to before the end of the year with the upcoming Weston Park Country Fair, Welsh Game Fair and Moy Game Fair events, to name but a few. We look forward to welcoming members to every event.