I am a 15-year-old competitive Hunter Field Target (HFT) and Benchrest shooter, as well as an avid garden plinker. I feel very passionate about shooting and thoroughly enjoy every aspect of it. As well as responding to the government’s consultation on airguns, I am sending the below thoughts directly to the minister responsible, Kit Malthouse MP, as well as my local MP.

Like anything the government does, it is usually for the benefit or protection of the public. In this instance I can see why they have proposed the new restrictions due to recent incidents regarding air rifles, although I struggle to see the overall benefit it would have.

I believe that it is extremely important to note that the future of shooting relies on the younger generations coming through, and that this should be encouraged. Like many others my age, I started shooting air rifles in the garden, at first supervised by my parents until they thought I was responsible enough to shoot unsupervised. Limiting the age that junior shooters can be independent with an air rifle could discourage them from taking this wonderful sport any further.

Also, shooting can be an extremely costly sport. Travelling to ranges and range fees adds to the expense. Practicing in the garden or on private land is a cheap and easy way for young shooters like myself to continue shooting and develop their skills. This has been especially true during lockdown when ranges have had to close down.

Many parents may not have the time to watch their child all the time and I believe it is an unfair course of action to therefore limit the time they can spend behind an air rifle. Most people who fall within the age category are usually mature enough to shoot an air rifle safely and, in some cases, they are more cautious than adults when it comes to air rifle safety because of the level of trust given to them. I believe parents should take the time to assess their child to see if they are capable of using an air rifle carefully and safely, a parent knows their child more than anyone else and therefore they are the best person to make that decision.

I believe they have also proposed for it to be an offence to fail to lock up an air rifle and its ammunition separately when not being used, in a property where under-18s reside. Again, I can see why the Home Office has proposed this, however it will discourage people from shooting. Gun safes are costly. Prices can exceed £200, in most cases. I doubt that many parents will want to pay this to store an air rifle. Once you add up the cost of the rifle, any charging equipment, maintenance equipment, ammunition and then a safe it becomes extremely expensive. Therefore, I can see how this may deter parents who are considering buying their child an air rifle.

Air rifles are not dangerous. It is the person behind them that is the issue. I believe that it is a parent’s duty of care to ensure their child is properly educated on how to use an air rifle safely. If a parent believes their child is not capable of using an air rifle in a safe manner, they should take it into their own hands to ensure it is properly locked up. It is unfair for the government to restrict the shooters aged between 14-17, who are more than capable of safely shooting an air rifle independently, especially when you consider that the legal age to start driving is 17. In my experience, gun safety is drilled into junior shooters by parents, owners of gun shops and people who run the shooting ranges. When you enter an air rifle range it is paramount that everyone is safe. At all the indoor and outdoor ranges that I have visited, you are reminded of how to use an air rifle correctly during the safety briefing, before you can shoot.

Thomas’ father Adrian Bristow, had the following to say:
“Thomas lives for his shooting and it is nice that he has found a sport that he is passionate about and which he also seems to have a natural aptitude for. We are very supportive of his interest and it is admirable that he can articulate his thoughts and opinions.

“As a ‘non-shooter’, I can honestly say that the support he has received from his mentors at the range has been tremendous. The safety aspect has been drilled into him from the word go until it is second nature. Accordingly, I have never had any concerns regarding this aspect of his shooting.” 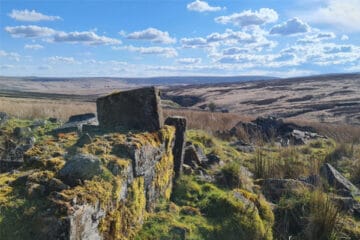 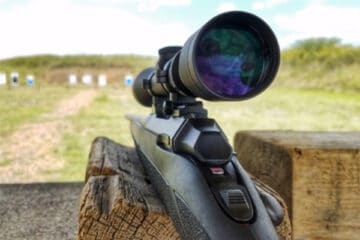