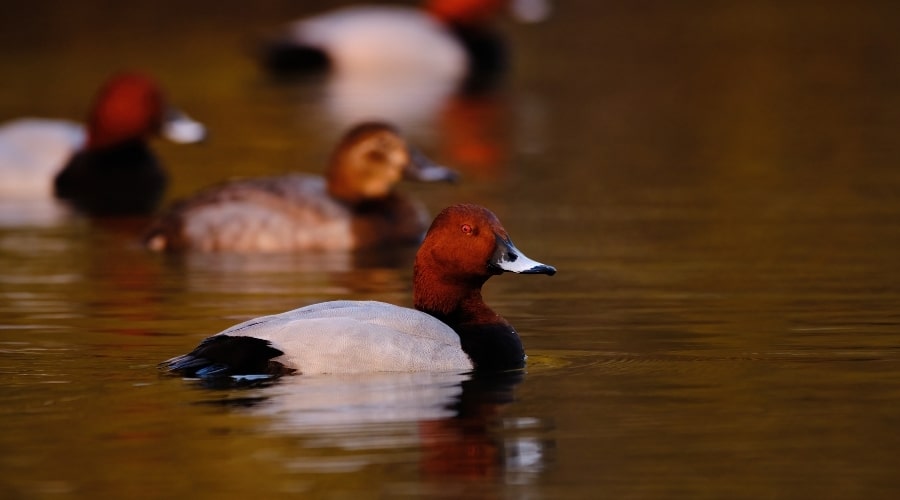 The Wildlife Habitat Charitable Trust (WHCT) has pledged €17,000 in funding for the sustainable management of key habitats for breeding and migratory populations of waterbirds in Lithuania.

The grant will enable country-wide bird surveys and the preparation of special management plans for a network of manmade wetland habitats. These habitats will take the form of large fishpond complexes in the country.

This funding is stage two of a project aimed at protecting the habitat and breeding grounds of the common pochard in Lithuania, following an €18,000 WHCT grant in 2018.

The project is being co-ordinated by Dr Saulius Svazas: “Large fishponds managed for aquaculture are ecologically important areas for birds and are characteristic of Eastern and Central Europe.

“Some of the larger fishpond complexes in Lithuania hold internationally important populations of rare bird species and during this project, habitats for waterfowl will be restored at selected key sites.”

Of key importance to the project is raising awareness within the local community who live and work in the vicinity of the project sites. The idea is to embed sustainable management into everyday activity among those who regularly use the areas.

Work on the Lithuanian waterbird project will begin in the new year.

What does the WHCT do?

The WHCT was set up by BASC in 1986. As a charitable trust, the WHCT exists to provide grants to projects centring around habitat conservation, with a particular focus on the UK’s migratory bird species.

To date the WHCT has awarded a total of £351,189 in grants. Of this WHCT trustees have made grants totalling more than £140,000 to international projects since 1994.

WHCT-funded successful waterbird projects include habitat restoration projects on stopover sites for migratory wildfowl in Lithuania, Belarus and the Kaliningrad region of Russia.

The WHCT welcomes both national and international grant applications and is keen to support projects which target the conservation of known breeding habitats of the UK’s migratory species.

Find out more and download an application form here.