The View from Afar

Our friends from overseas provide an insight into how hunters in their regions have adapted to using non-lead ammunition.

In the United States, the US Fish and Wildlife Service banned the use of lead shot for waterfowl hunting in 1991. Initially, there was very strong resistance from the hunting community, resulting in numerous lawsuits with stakeholders.

Through strict legal enforcement and flexibility from ammunition makers and distributors, hunters have largely complied with this law and accepted that non-lead shot is now ingrained in the waterfowl hunting culture in the United States.

Today, many state and federal hunting areas require hunters to use non-lead ammunition when hunting all species – not just waterfowl. These regulations have been met with similar criticisms and resistance from the hunting community, indicating that hunters will need time to adjust them. The benefits of using non-lead ammunition are grounded in the scientific literature, but hunters (for the most part) seem slow to accept the evidence.

Transitioning from lead to non-lead alternatives can have far-reaching positive effects for the environment (e.g. reduced lethal effects of lead consumption on scavengers) and human health (e.g. reduced consumption of lead fragments in harvested game).

Many non-governmental agencies and state wildlife agencies provide informational workshops to show the benefits of using non-lead alternatives to new hunters. The results of these efforts are still unclear. There are also state-driven efforts in the United States to ban use of all lead ammunition. Indeed, this is currently the law in California.

Although most states are not considering this type of regulation at present, state agencies are espousing that hunters transition from lead to non-lead ammunition alternatives wherever they hunt, including private lands and lands not legally requiring non-lead ammunition for hunting.

A widely criticised drawback to non-lead regulations is that ammunition makers and distributors are having a difficult time branding and stocking non-lead alternatives for the many rifle calibres and shotgun gauges that hunters use in the United States.

These groups have done a good job of clearly labelling if shotgun ammunition is compliant for waterfowl hunting – likely because of regulatory pressures and also because they have had almost 30 years to improve marketing and sales after the lead-shot ban was implemented. However, non-lead upland gamebird shotgun loads and rifle ammunition are either unavailable or ambiguously marked as a non-lead alternative.

If there is not a market-driven incentive to change, this might remain a critical constraint for hunters who want to use non-lead alternatives.

In the Netherlands lead shot was banned almost 25 years ago. That was only a few years after I passed my hunting exams and got my licence. As virtually all of the Netherlands can be considered wetland, it was a ban for the use of lead shot in the whole country. The main reason for banning lead shot was the toxicity risk for birds.

Initially the Dutch hunters complained and moaned about the quality of the substitutes for lead shot, and – of course, because we’re Dutch – about the price.

Admittedly, the quality of the first bismuth shot cartridges was not great. One would regularly shoot either a solid slug-style projectile or a cloud of bismuth dust rather than proper pellets. After a few years the quality vastly improved and nowadays bismuth cartridges are comparable to lead shot cartridges – in quality, that is.

In my early years as a hunter I personally experienced the transition from lead shot to non-lead shot. In hindsight it was a slight adjustment, although the hunting community at that time was expecting huge changes.

Nowadays I shoot the last few lead shot cartridges I have for my 1953 Liege 16 bore when I visit the UK and Germany, and I’m not quite sure whether I still prefer these over the Alphamax bismuth cartridges I use in the Netherlands and Denmark.

For woodpigeon, goose and crow shooting I use steel shot in my modern 12 bore over-under. It’s effective and cost-efficient. And for large game I have successfully switched to non-lead bullets in my .308win. That performs excellently. For me, shooting non-lead ammunition has become a non-issue.

The experience of hunters from Denmark, where the use of lead shot for all types of game and clay shooting has been banned for 26 years.

When I started hunting in 1986, no one in my hunting community used anything but lead ammunition for shotgun and rifle shooting, and there was not much debate about which cartridges were used. The choice was based on price and we pretty much used the same cartridges for all species from roe deer to snipe.

In the early 1990s, evidence that birds were being poisoned by lead in Denmark led to the first ban on lead shot use over Ramsar sites.

The reaction among hunters was that this was the end of shooting, and I was among the ones that howled loud against the ban. But I had to adjust to the new reality and I made the choice that I would use steel not just on Ramsar sites, but for all shotgun hunting. That was an expensive decision for a young man on an apprentice’s salary, but it was also a lesson in cartridge quality.

At the same time as we had the debate on phasing out lead shot, there was growing concern about wounding. The focus was on geese, eider ducks, foxes and roe deer.

Danish studies showed that the dominant factor in lowering the rate of wounding was to reduce the shooting distance, not because of cartridge quality or shot material, but because hunters can’t shoot consistently at long range.

Unfortunately, this led to the false assumption that lead shot has a lower wounding rate than non-lead shot. Today we know from experience and studies that non-lead is as effective as lead.

Did the phasing out of lead shot in 1994 cause the hunting culture to collapse completely? No, it has strengthened the hunter’s image in the community and today we stand stronger and are met with respect by other green organisations and when negotiating with ministries and government.

We are now phasing out plastic wads and have asked our government to enact legislation that requires the use of bio-wads in shotgun ammunition.

I am using steel shot cartridges with paper bio-wads from Gamebore for shooting pheasants and ducks, and I am happy with the results.

Moving away from lead shot
Leading shooting and rural organisations have announced they want an end to the use of lead and single-use plastics in shotgun ammunition for live quarry shooting within five years.
BASC Member get a Member
If you introduce a friend to BASC, you could each win a gun worth around £2000 in our annual Member Get A Member free prize draw.
Winter Gun Draw 2019/20
Win a made-to-measure PERAZZI MX12 SC3 game gun worth £16,480.
Previous
Next 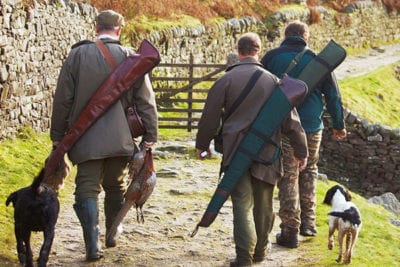 Preparing for next season 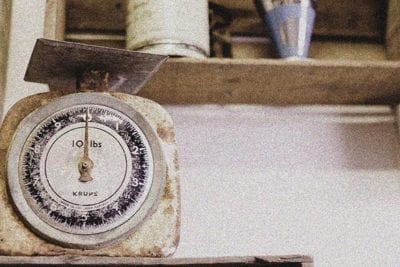 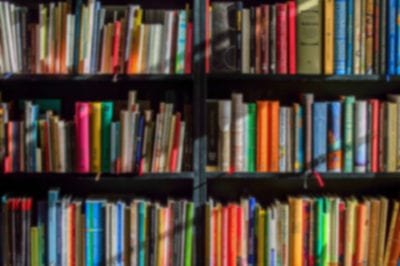