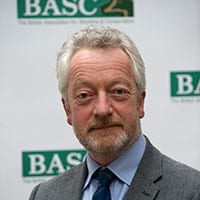 I write to you today to convey concerns expressed by Scotland’s deer management sector with respect to animal welfare, following the publication of the Scottish Government’s response to the deer working group report.

The management of deer continues to be an emotive, controversial and highly-politicised issue. We absolutely recognise that deer management is an environmental necessity that will have a significant bearing on our ability to achieve 21% forest cover by 2032, as outlined in Scotland’s Forestry Strategy. That said, we are firmly of the view that any such management should be entirely ethical, affording our iconic deer the respect they deserve.

While there was much to be welcomed in the Scottish Government’s response to the deer working group report, we have grave concerns about the acceptance of some of the recommendations and the possible implications for deer welfare if enacted. For example, moving to normalise shooting with night sights and abolishing the close season for male deer as outlined in recommendations 6, 7 and 8 are perhaps the most worrying. We have outlined the nature of these concerns in detail below.

Normalisation of Shooting with Night Sights

Since 1982, the number of authorisation orders issued to shoot deer at night (predominantly for the protection of forestry) have been steadily increasing and currently constitute c. 15% of the total recorded cull return in Scotland. The practicalities of shooting deer at night in Scotland are stringent, requiring the deer manager to use a telescopic scope with a light or lamp and be registered ‘fit and competent’ by NatureScot. The use of night sights for shooting deer is currently prohibited.

However, the appetite to increase culling productivity by legalising night sights is accompanied by various other issues which cannot be overlooked. Practitioners report that it is very difficult to identify the sex of a deer when using a night sight, or indeed differentiate between two deer standing one behind the other.

We argue that the normalisation of night shooting could increase the likelihood of accidental out of season culling and the inadvertent causation of injury to non-target deer. There are also concerns that the widespread use of night sights will make poaching virtually undetectable.

Prior to 2011, occupiers of enclosed land had the right to shoot deer – of any sex and species – at any point throughout the year to prevent damage. The Wildlife and Natural Environment (Scotland) Act 2011 regressed this right owing to welfare concerns, with general and specific authorisation orders made available to enable out of season control to continue where necessary. It is estimated that out of season culling constitutes c. 15% of the total annual cull.

The abolition of the male close season would remove the requirement to apply for general or specific authorisation orders, thereby making the all-year-round shooting of male deer an absolute right for all. Such a recommendation is unprecedented when one considers it was prohibited as recently as 2011 on welfare grounds.

Deer managers have previously raised welfare concerns about this, as it has been documented that male deer do require protection after the rutting season due to the disturbance effect that shooting one male has on the other males. The deer working group report regards this welfare concern as “minor [when] balanced against other issues”, to which they presumably mean the protection of forestry. We contest this view and argue that culling stags post-rut could cause disturbance to other stags that are recovering condition, while the management of female deer could also be impacted.

Aside from the tangible welfare concerns outlined above, it is widely thought that abolishing the male close season would do little to effectively reduce the overall size of Scotland’s deer population because such a provision would not reduce the reproductive capacity of any given deer herd. It is our view that there are valid questions to be answered about the intent behind this recommendation.

In conclusion, it is our firm view that some of the deer working group’s recommendations – which have subsequently been accepted by the Scottish Government – have the capacity to harm deer welfare. The core protections surrounding when and how deer can be killed are of the utmost importance to both deer and those involved in deer management, and great care should be taken when deciding whether or not they should be amended in any way.

As the commission responsible for animal welfare, we ask that you investigate and give these concerns due consideration. We would be happy to furnish you with more information, and would welcome the opportunity to put you in touch with practitioners whose collective experience and knowledge is unparalleled.

Director Scotland – The British Association for Shooting and Conservation