My name is Andrew Profit. I am 50 years old and live in North Wales. I have been involved with the shooting world since I was five years old. I have been a deer stalker for the last 15 years. Over this time, my passion for the outdoors and countryside pursuits has taken me all over the UK. But this passion has now started to take its toll on my body. I am here today to tell my story of living with Lyme disease… 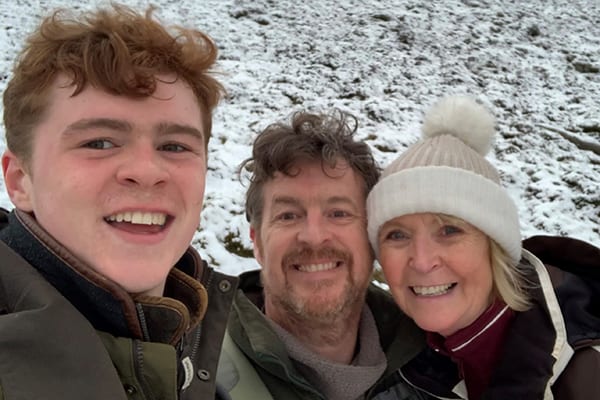 Some days can be described with one simple sentence – God, it’s bad today. Living with Lyme disease is like living with a split personality. Sometimes you can live life to the fullest and you feel free. But at times, that other ‘you’ is in control of your brain and there is nothing you can do about it. Previously, I have not worked out why yet, I continuously felt like I was being tackled by Jonah Lomu.

Now, through the help of my close friends and family, we have found a way to make living with Lyme disease and its cycles a bit easier. Without their support, I don’t think I could be the happy person I am today. It’s not just my issue, it is their issue too and being able to talk about it makes a difference.

I saw yet another consultant late last year and he broke it down and simplified everything for me. He said: “A bacteria attacked your body, and it has attacked your central nervous system. It has now left your body. But the damage it has done to the central nervous system will probably be there forever. It’s not going to kill you, so embrace it.” Rather than constantly fighting it head on, I now choose my battles.

How it all (probably) started 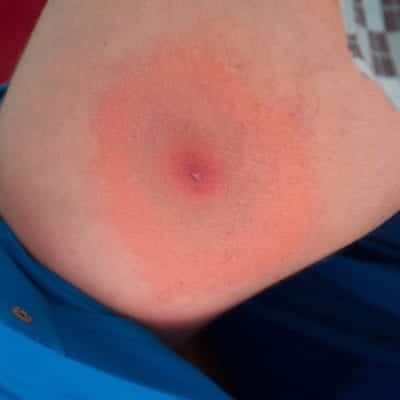 I want to tell you a little bit about myself and how I came to be living with Lyme disease. I have lived in the countryside my entire life and have been bitten by ticks many times. However, I only started to take it seriously when I became a deer stalker. I have had many tell-tale ‘bullseye’ rashes but never connected those with the far stranger than normal illnesses I kept ‘catching’. This included brachial neuritis.

The week before doing the Three Peaks Challenge, I was flattened with meningitis and all the associated symptoms of Lyme disease. My doctor knew I was a stalker, and immediately started the treatment. He didn’t even run any test as I remembered having a bullseye a couple of weeks after a stalking trip to Ayrshire. I shot two roe bucks then – one was completely tick free, on the other I counted more than 250 ticks. I had wrapped that deer in a double duvet and sprayed the car with fly spray afterwards. It was naïve of me to think this would keep me safe – one little bugger got me.

My battle with Lyme disease

Reading into the symptoms of long-term Lyme, I was probably already infected at the age of about 15. I had a very similar infection at that age. I was playing squash for North Wales 10-12 times a week at that time. Suddenly, I found myself unable to even to pick up a racket because of fatigue. I think it has continued since then. So, potentially, I could have been living with Lyme disease for 35 years.

I have had many tests done here in the UK, all of which came back negative. However, as desperate as I was, I decided to pay privately and have a German test done. It came back positive. Germans are far more advanced in the understanding of Lyme disease than we currently are, having dealt with it on a much larger scale for many years.

Quite randomly, while studying the moon phases for wildfowling, I noticed that the way I was feeling seemed to go hand in hand with them. There was a clear pattern. We put two and two together and managed to work out when I would feel bad in advance. From then on, I was able to plan ahead and use those days for resting rather than trying to soldier through them.

Using our understanding of the moon phases, we noticed a similar pattern with the changes in weather. I would experience an increase in pain – or grumpiness, as my family thought – with a change in the atmospheric pressure. We may as well write off these days, too…

I have put all this new knowledge into practice. So, on the next ‘bad day’ forecast, instead of watching Scotland vs Ireland in the Six Nations (both of which may cause me to hyperventilate), I decided to have a home spa day with my family. It was Mother’s Day, too. Maybe a spa day would leave me pain and stress-free for a while – a relief I so desperately needed.

A new way to live my life

According to my last blood tests, physically I have never been fitter. However, on some days I struggle to walk down the stairs. Therefore, living with Lyme disease is not really a physical struggle but a mental one. Every individual Lyme sufferer will have different symptoms. Over the many years of testing, from having electric probes put into my body to numerous blood samples taken, the doctors are now confident that the bacteria is gone. But I have been left with permanent nerve damage. I have a chronic pain disease, which will never go away. And now, rather than fight the pain, I have learnt to take every day as it comes.

Shooting, fishing, and spearfishing are my escapism from the constant pain, 24 hours a day, seven days a week. I now spend a lot of my summer spearfishing in the sea as this takes pressure off my body. The pain is almost gone while I am in a wetsuit under the water. It is like a whole new world under the waves; it feels like your very first deer stalk every time you hop into the water. It makes living with Lyme disease bearable.

Planning for the future

Knowing that this summer we will hopefully be allowed out again has been one of my driving forces to get me through lockdown. I can start to plan future trips with my friends and family to different beaches around the North Wales coastline. I look forward to eating fresh fish and seafood foraged from the coast on the day. If we are not successful, we always know we can have a kebab or fresh fish and chips on the way home.

Healthier diet and using the support network of my family and friends, has made living with Lyme disease far easier. I hope that, with some better weather on the horizon, my health will improve over the coming months, as it has in previous years.

I hope that the current Covid-19 pandemic will help other people understand what living with Lyme disease is like. The long-term side effects of both those viral infection, at least in my view, are extremely similar, and hopefully more effort will be made to help the people affected.

I hope anyone who is struggling out there found this a helpful read. Keep safe through the Covid-19 pandemic and please, never forget to watch out for ticks.