What makes someone take an interest in fieldsports? How do we go about introducing new generations to country pursuits? In the end, our sport can’t continue without young blood coming through, raring to pick up the mantle… says James Kinghorn. 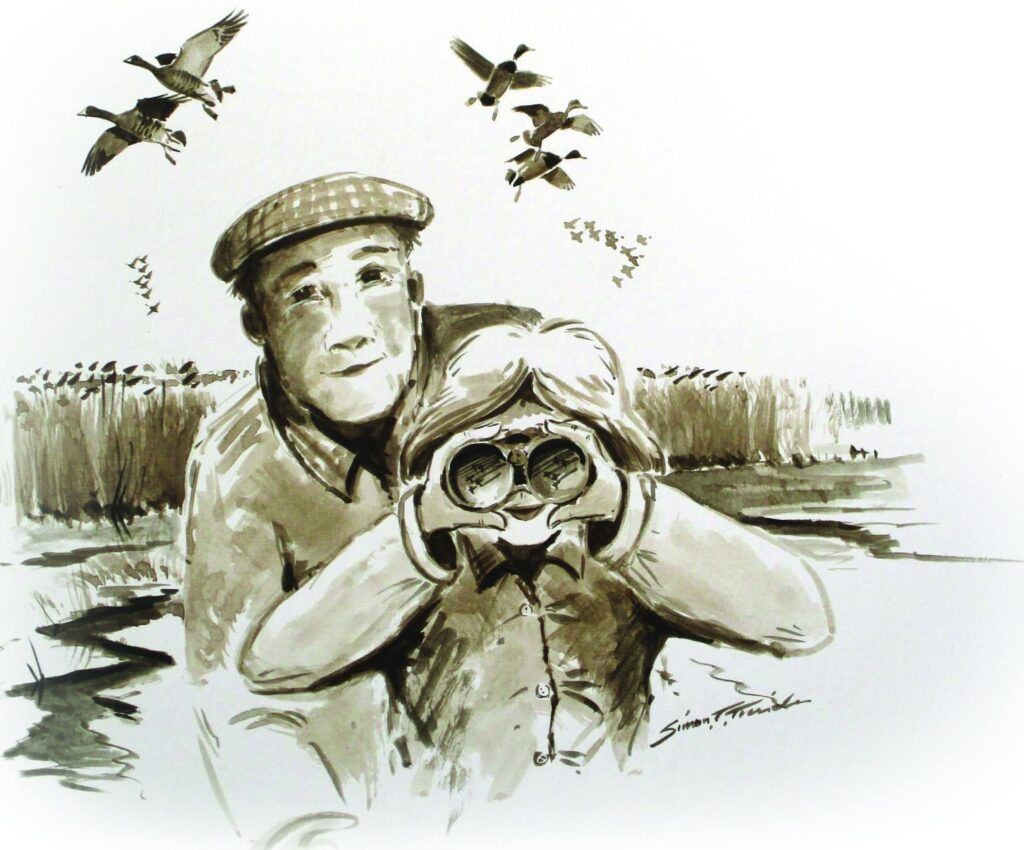 As a young person myself (14), I have been speaking with people about introducing new generations to country sports. What approach did they take to bringing their children and or grandchildren into the shooting and conservation community?

I began to go out with my dad around the age of nine. I started out beating and occasionally standing with him at his peg to see what it was all about.

After a couple years, my interest grew and I started to really enjoy it. I went out with him more frequently, sometimes tagging along for a stalk. I particularly enjoy it during the roe rut.

But what do others think?

First, I spoke to some family friends about their experiences introducing young people to country sports. Becci and Andy Murray are fieldsports enthusiasts committed to encouraging the next generation of young shots.

Both were brought up in the countryside; Andy’s grandfather was a ghillie for the Hardy’s of Alnwick and, following in his footsteps, he has just retired from being the main demonstrator for Hardy’s fishing tackle. Becci grew up in the countryside and loves the outdoors.

Together they have successfully introduced two generations to fur, feather and fin. Their children Hamish and Harriet (30 and 27), and grandchildren – Freddie (6), Felix (6 months) and Mac (2) – all actively participate in country sports.

As part of his job, Andy would lead fly fishing demonstrations at game fairs. Harriet and Hamish often helped to encourage other kids to give it a go. Harriet had even insisted that her rod be spray-painted pink. Becci and Andy obliged. If it was enough to keep Harriet going then it was worth it, regardless of how much said rod cost.

Andy admitted to being a bit hard on them when it came to the demos. “I didn’t want them to show me up,” he laughed. Despite this, both of their children were never discouraged and continue to enjoy fieldsports. Now, their grandchildren are developing the same passion. 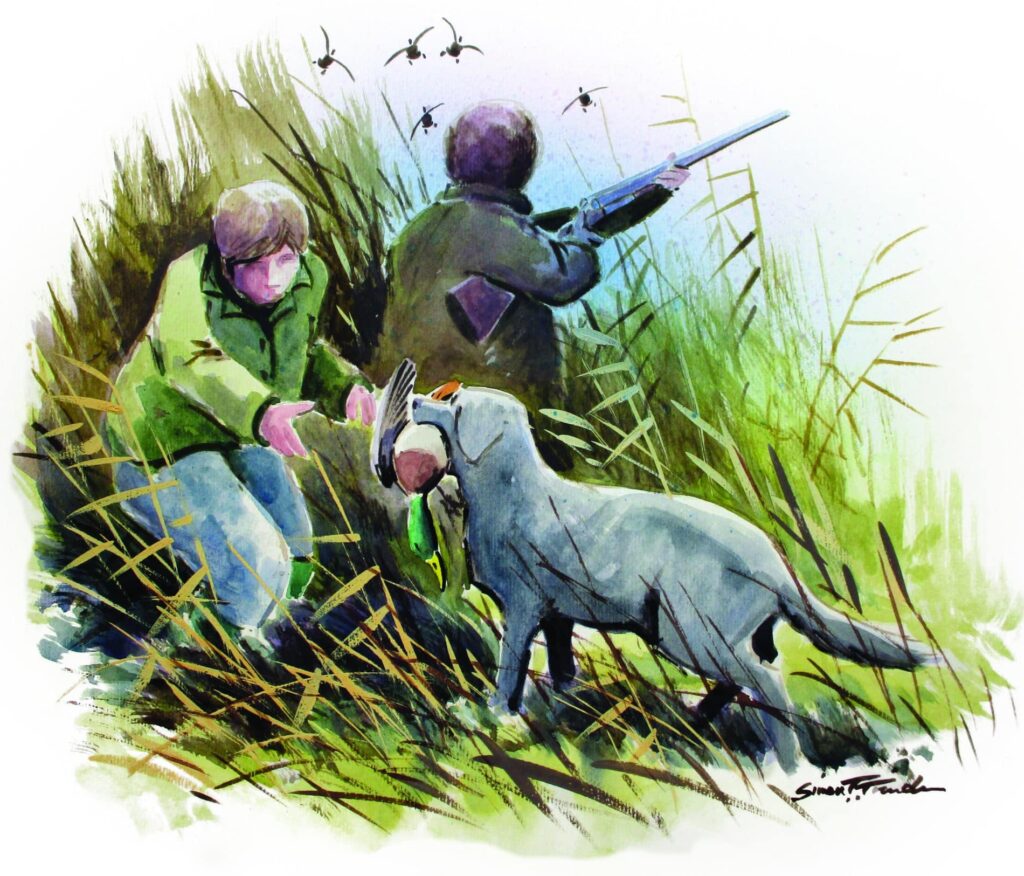 Bringing the family together

For the Murrays, having a common interest has been a great way of bringing the family together. They enjoy spending time together fishing, shooting, beating and anything else outdoors. “It was critical for their bond with Andy as he was often away travelling,” said Becci. She now laughs about how much softer he is on the grandchildren.

As far as they are concerned it is never too early to introduce kids to country pursuits. “If it’s part of their life from the start, then they are bound to enjoy it,” said Andy. Becci then recalled having Hamish in the backpack when wading through a river, fishing! At any opportunity, they would take the kids and their friends out, encouraging those who didn’t have the same opportunities.

Hamish had his first airgun at nine years old, and Harriet’s son Freddie, at just six, loves working the dogs and going out beating. He can already get the dogs to retrieve birds for him. Dogs can be a great way of engaging kids with shooting. As Becci said: “Who doesn’t love dogs?!”

Becci finally mentioned the importance of the overall acceptance of field sports at schools. Hamish and Harriet were faced with ignorance of the subject from some of their teachers. The headteacher was opposed to any ‘blood sports’ being mentioned and promoted.

However, each month the kids were allowed to run an assembly. And when it was the turn of Harriet’s year, the children chose to host an assembly on the importance of country pursuits and the positive impact they have on people’s lives. They rode horses to school and even brought the hounds along. Everybody in the hall was then asked to stand up if their parents had any involvement in the industry. It turned out that about 75 per cent relied on fieldsports in some shape or form. It was an enlightening experience for the headteacher.

Next, I talked to Stephen Crees, an estate manager at College Valley Estates Ltd, and his son Liam (13). They live in an isolated area surrounded by miles of beautiful scenery on an upland estate at the foothold of the Cheviot Mountain range in Northumberland. With no friends nearby and next to no wi-fi, Liam’s entertainment options are rather limited. So, he could either sit at home bored or follow his dad outside.

“I waited until he asked me,” said Stephen. This summarises Liam’s introduction to fieldsports perfectly – absolutely zero pressure. Stephen carried on with his job as normal, and it was a bonus if his children joined in.

From around age of six or seven, Stephen started taking Liam out with him. And seven years later, Liam continues to join his father whenever time allows.

Liam’s first outing was duck flighting on a cold night. “He was wrapped head-to-toe in woolly hats and coats,” Stephen remembered with a chuckle. They went on to recall numerous funny stories and fond memories of times they have spent together. It sounded as if they hardly spend any time apart!

Liam also loves his dog Bonny and often takes her out on his own. One time he decided to take her stalking with his dad, too. They had set up with a buck in their sights and were waiting for the right time to take the shot when, suddenly, Bonny started zooming around them at great speed, making a lot of noise. For many, this would have ruined the stalk, as the buck bolted without looking back, but the father-son duo found it hilarious.

As well as enjoying the sporting activities right on his doorstep, Liam has taken on some additional responsibilities. He checks the squirrel traps every night after school and helps his dad record the new tree growth on the estate.

Between clay pigeons and fishing, Liam has asked to try a different sporting activity every year for his birthday. Recently, he asked if they could host a small day on the pheasants for him and his friends. The day couldn’t have gone better, and it has now become an annual event with the full support of the estate directors. 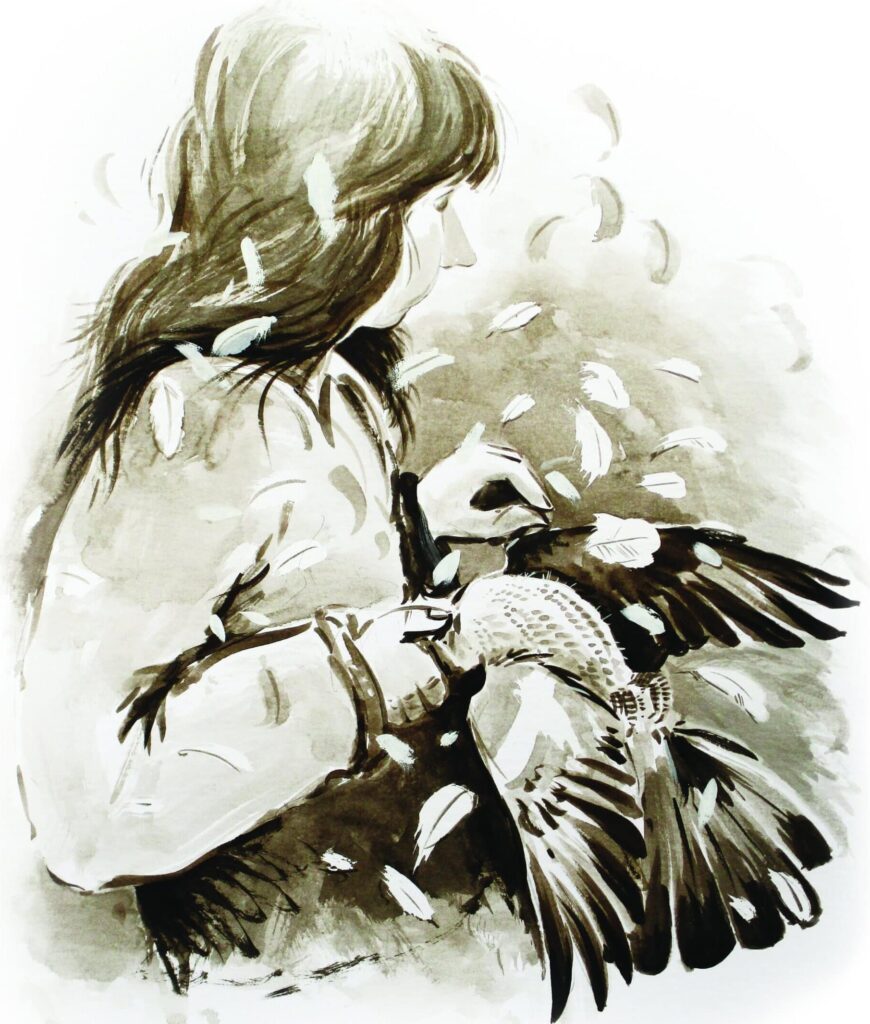 Finally, I also spoke to some children who haven’t picked up an interest in country pursuits and asked their parents about why this might be.

Although always encouraged by their parents, Callum (14) and Ethan (16) decided that fieldsports just aren’t their thing.

At around seven years old they were both introduced to deer stalking; there was interest for a while from Callum but he soon decided that he didn’t enjoy waiting for something that might not even happen. Ethan continues to join his dad Jonathan sometimes but struggles to find the time between school and his job.

Both brothers have said that if they were perhaps given more opportunities to shoot, they may have been more encouraged to carry on. And none of their friends are involved in country sports, which could be a big factor as to why they weren’t really motivated to pursue an interest. They don’t even feel shooting could be something that they might pick up later in life, although they continue to help their dad and enjoy eating game.

Their dad started shooting at a similar age. Even though the boys have not picked up an interest, he continues to ask if they’d like to accompany him every time he goes shooting.

Finding a way that works

Then we have Madison (16) with an entirely different reason for not wanting to participate in country sports. “I love to be outdoors and walks in the countryside. But shooting live quarry just isn’t for me,” Madison said. “I care a lot about animals and understand that population control is essential to maintain a healthy habitat, too,” she continued. “I have tried clays, though, and I think that I could get more into it in the future.”

Madison’s father, Stuart, started fishing around the age of six. He got his first shotgun at ten and his first rifle at 16. When I asked Stuart if he would have done anything differently with his girls, he mulled over the answer. “Maybe if I had started with encouraging them to love the outdoors first, then introduced fieldsports later on?”, he questioned. But the girls never showed any interest in shooting. Perhaps because their mum doesn’t shoot, though she never objected to it.

Occasionally, Stuart still takes his two daughters out with him but is keen to try a different approach this year. “I think I will introduce them to beating in the hope that the social side will encourage them to get more involved.”

Parents need to realise that even the slightest bit of interest shown by the child is a good start worth encouraging. Shooting has brought me countless opportunities and experiences that I couldn’t get from any other sport. I am very fortunate that I have a lot of things right in front of me that others don’t and have an encouraging parent to share my interest with.

From the interviews that I have carried out I have personally found that the children who have grown up immersed in the sport and lifestyle have pursued an interest. However, how can we encourage those without easy access to fieldsports?

What’s absolutely crucial is that there are opportunities for all children, from all walks of life, to experience country pursuits and have a chance to try everything that’s on offer. Then, and only then, will we be well-placed to encourage every youngster who’s naturally drawn to the countryside to keep at it. 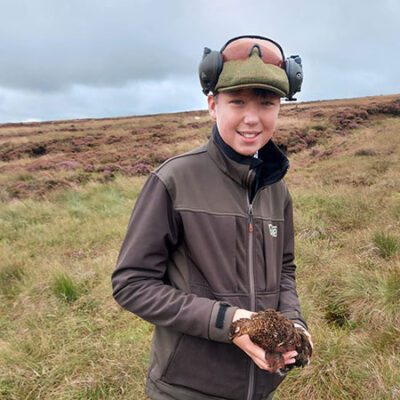 I am 14 years old and live in the Scottish Borders. I was a Young Shots Journalist last year and have had the opportunity to share my opinions and experiences with the shooting world. Some of my other interests include hockey, fishing and attempting to train my young dog. I have grown up in the countryside and have been involved in the shooting community from a young age. My dad has introduced me to every aspect of fieldsports and I am keen to expand my knowledge and learn more. I have recently taken an interest in bees, too. Not a fan of the stings though!
This website uses cookies to improve your experience. We'll assume you're ok with this, but you can opt-out if you wish. Cookie settingsAcceptRejectRead More
Privacy & Cookies Policy