Gamebird worrying must be tackled by Welfare Bill says BASC 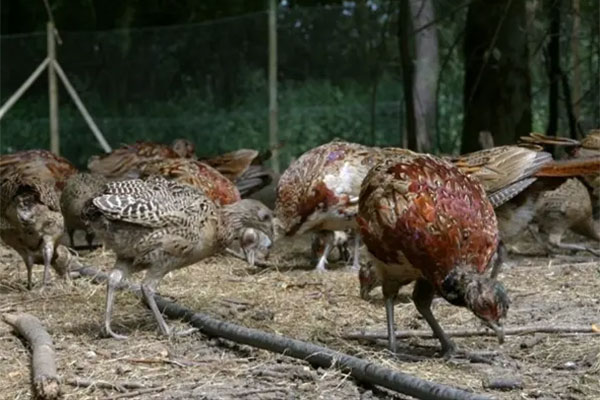 For the majority, the topic of livestock worrying brings up image of an out-of-control dog chasing sheep round and round, until exhaustion or worse takes grip. However, many people may not realise that it can also significantly impact other types of livestock, including gamebirds (when kept).

The combination of an out-of-control dog and a release pen or rearing field makes the risk of gamebird fatalities, injuries and stress very real. This is not to mention the distress and anger caused to any owner of livestock.

The combination of an out-of-control dog and a release pen or rearing field makes the risk of gamebird fatalities, injuries and stress very real. This is not to mention the distress and anger caused to any owner of livestock.

Successful inclusion of gamebirds in Scotland

Having received royal assent, the Act has brought tougher penalties for livestock worrying. It has also provided an extension of the offence to include an up-to-date list of livestock species, including gamebirds (when kept).

The inclusion of gamebirds was welcomed by BASC Scotland’s gamekeeping working group and Scottish members.

By providing a raft of evidence to the Scottish Parliament’s rural economy and connectivity committee, BASC was able to secure the inclusion of enclosed gamebirds within the Bill.

As part of a wave of new welfare legislation, the UK Government has made its intentions clear. It will update its livestock list to include enclosed gamebirds and deer through the Animal Welfare (Kept Animals) Bill.

Like in Scotland, these changes will help reassure game farmers and gamekeepers that they will be protected from gamebird worrying through the courts.

What is missing from this new Bill is the introduction of tougher penalties for those found guilty of livestock worrying. This has been raised by BASC alongside many farming and rural organisations.

Feedback from BASC members has shown the Covid pandemic has resulted in more dogs and people visiting the countryside.

Considering the damage and stress that out-of-control dogs can cause, it is only right that the punishment fits the crime.

If you have been victim of dogs worrying gamebirds in pens, please contact alex.farrell@basc.org.uk.  Sharing your experiences will help us to present a full picture the Bill next comes up for debate.

Do you need assistance from our game and gamekeeping team? Head to our dedicated pages to find online advice and guidance, and to get in touch.