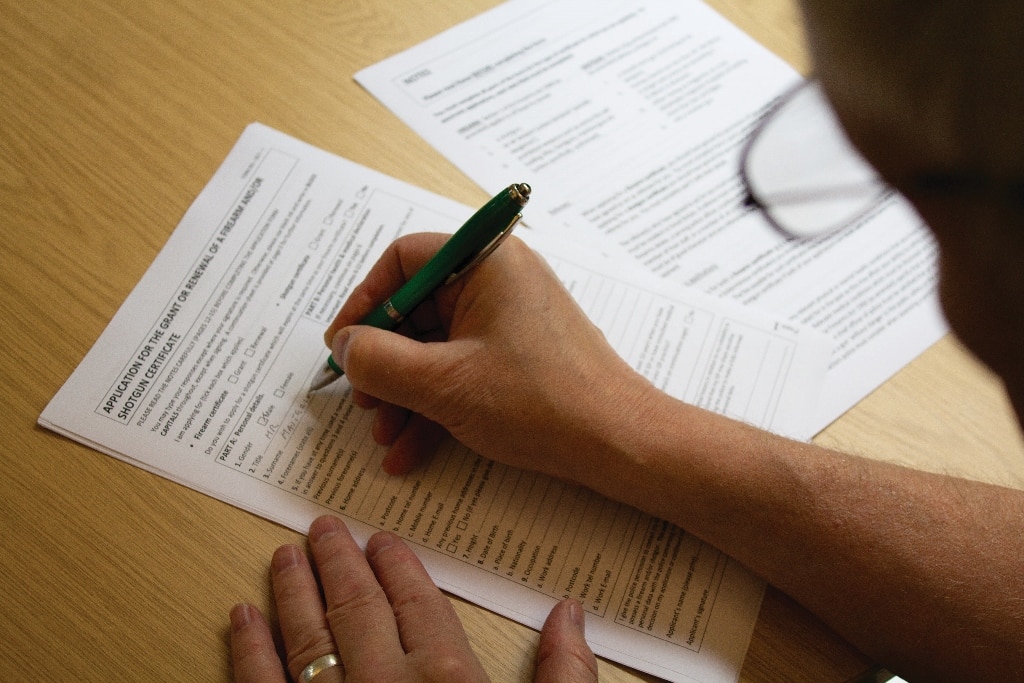 The failure of firearms licensing departments to prioritise resources is having a significant impact on the participation of shooting sports and the gun trade in England and Wales.

Dozens of firearms licensing departments across the two countries are beset with significant delays and backlogs.

We are aware of 18 police forces that are taking more than 100 days to turn around applications, with some accepting that it can take up to a year to process.

One applicant was recently told a certificate would take two and a half years to be granted.

Home Office statistics released annually have shown an eight per cent decrease in certificate holders in England and Wales over the past two years.

Postponements, delays and a lack of resources

Martin Parker, BASC’s head of firearms, said: “On the ground we are hearing time and time again about individuals postponing their application because they have heard about the delays. One member in the Devon and Cornwall constituency was told of a two and a half years wait for a certificate.

“These delays are impacting our grass roots and the next generation of shooters. As well as firearms being necessary for wildlife and pest management, shooting is also an Olympic and Commonwealth sporting discipline. This restriction on new athletes coming into the sport is becoming increasingly damaging.

“The requirement to uphold public safety is paramount, but that should not come at the expense of a popular and competitive sport.

“There are some departments that are correctly resourced and providing a satisfactory service, but this drop in the number of certificate holders is predominantly down to the failures of the rest. BASC is calling on the Chief Constables and Police and Crime Commissioners of those forces to act immediately. We shall also be taking our concerns to the new Minister for Policing.”

Effects on the gun trade

The Gun Trade Association has also raised its concerns over the direct impact the delays have had on the trade.

Executive director, Simon West, said: “In facing up to the challenges of the pandemic, it was understandable that police forces moved resources away from firearms licensing to other tasks. What we find most unacceptable is that post pandemic, many have still not put sufficient resources back into dealing with the licensing backlogs.

“I am disappointed for those waiting for certificates, but I am deeply concerned for the trade where threats to cash flow in small businesses have direct impacts on jobs and livelihoods. I will be challenging the national police licensing representative on this issue this week.”

Stay up to date with the latest firearms licencing news in our dedicated firearms section.