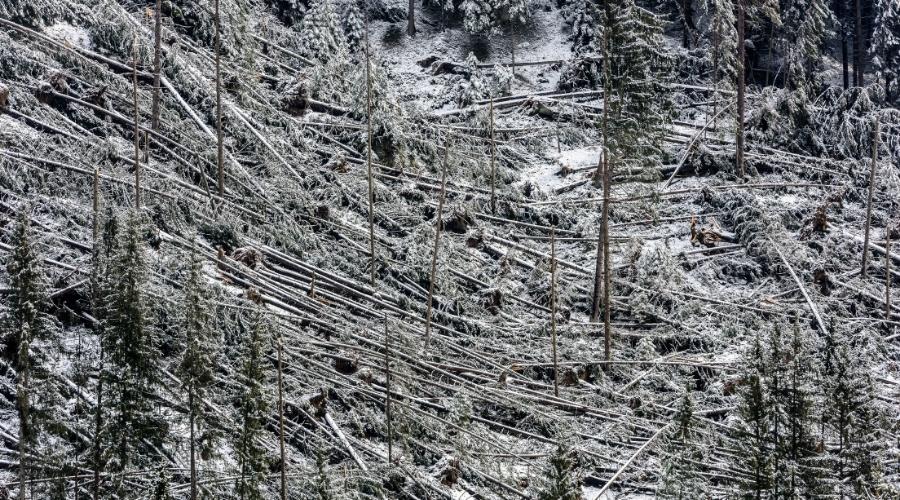 BASC has joined forces with Country Sport Scotland to call on the Scottish Government to step up its support to rural businesses, following a survey to assess the impact of recent storms on the Scottish countryside.

The Scotland-wide survey accounted for more than fifty rural businesses, including shoots. The results reported average losses in excess of £12,000 due to cancellations and infrastructure damage caused by windblown trees.

BASC and Country Sport Scotland (CSS) have written to the Deputy First Minister, John Swinney MSP, to request an urgent meeting to explore possible support measures for hard-hit businesses in the sector.

The destruction caused by the recent storms has made accessing land for shooting impossible in many places, with important equipment, such as feeders, pens and vital deer fences, also destroyed by fallen trees.

The survey suggested that businesses in Aberdeenshire, Angus, Perthshire, Fife and the Scottish Borders are contending with the most severe impacts of Storms Arwen, Barra, Corrie and Malik.

Costs are set to rise as the clean-up operation continues, with some businesses already reporting losses of nearly £40,000.

Almost a third of survey respondents reported that their operations would be fundamentally changed, with some declaring that they would be closing down permanently due to shooting no longer being viable.

It was also reported that there would be long-term implications for deer management and predator control as a result of the wind damage, sparking concern for ecosystem health and biodiversity.

The sector as a whole contributes £200 million to Scotland’s rural economy and sustains 8,800 full-time jobs.

Calvert McKibbin, who runs a shoot in Aberdeenshire, said: “I have never seen devastation of the type caused by these storms. The windblown tree damage is absolutely catastrophic.

“I have lost nearly half of my pheasant drives, which has fundamentally changed the way my business operates. It is going to take at least five years of cleaning up before we have any semblance of normality.

“It is beggars belief that the Scottish Government has not acted more swiftly to get support out the door. Most businesses I know have endured thousands upon thousands of pounds worth of damage to key infrastructure. It really is unprecedented, and yet there does not seem to be any support available.

“Businesses like mine contribute extensively to the rural economy. It is high time that the government recognised this and gave us the support we need.”