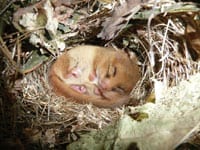 The survey took place in 2001 and members provided more than 7,700 wildlife records from 28% of the county of Cheshire. This excellent result not only started collaborative conservation projects in Cheshire but has allowed BASC to extend this sort of work into the rest of the UK.

We been successful in securing funding for this work and members since 2003 and as a result BASC and partners have worked together to make significant contributions towards the conservation of many species and habitats. Our current project work is centred around the dormouse with the assistance of a substantial grant from the SITA Trust.  I do encourage you to read about this project by clicking on the other tabs.

BASC would really appreciate your help to enable us to do even more. You can make a substantial contribution by using Green Shoots Mapping and logging your shooting land and the species and habitats that use it. If you would like to get involved in Cheshire please use the Contact tab to get in touch and find out more or click here for the Green Shoots Mapping online tool.

The British Association for Shooting and Conservation has been running the Green Shoots Project in Cheshire for the past ten years. The project aims to recognise, build upon and co-ordinate the shooting community’s valuable contribution to biodiversity conservation. In 2010 BASC submitted a bid to the SITA Trust to provide funding for a new initiative called the Southwest Cheshire Dormouse Project. The bid for £83,911 was successful and the project has been underway since 2011, linking habitat from the woodlands in the Wych Valley to the Sandstone Ridge. This will allow dormice to spread from their current location up to the ridge, which has high connectivity of woodland and hedgerow habitats. The project forms a major part of the Cheshire Dormouse Strategy. 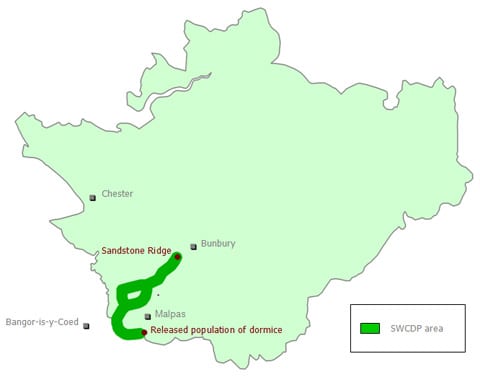 The project’s conservation work also benefits a host of other species as it encourages positive shoot and farm management. Management for dormice is complementary to game and rough shooting. A well-managed woodland with good levels of light penetrating the canopy to promote a scrub and bramble understorey is ideal for both pheasants and dormice. In addition rides and glades cut through woodland also benefit game management and dormice.

The starting point for this project was the best practice guidelines provided by the People’s Trust for Endangered Species (PTES), which they developed in their Hedgerows for Dormice Project, funded by Natural England.  As part of the bidding process we identified two routes between key woodlands which we then validated through survey. After aerial imagery to plan the route it was ground-proofed following methodology from the hedgerow survey handbook. The survey allowed us to identify areas where key habitats could be linked through habitat creation or where habitat restoration work was needed.

At the beginning of 2011 we recruited and trained volunteers from the local community, including landowners, BASC members and shoot syndicates, the general public and volunteers from local conservation groups such as the Cheshire Wildlife Trust, to carry out hedgerow surveys along the project route. The project aims to leave a legacy of trained volunteers who are motivated to continue its work, managing and monitoring the habitats after the life of the project.

The hedgerow survey collected data allowing us to make informed decisions on habitat management throughout the project route. The survey was designed to collect qualitative data from the hedgerows, identifying areas of quality habitat in ‘favourable’ condition which needed conserving and areas of poor habitat in ‘unfavourable’ condition which needed restoring. The survey also noted where links were missing between quality habitat, therefore identifying areas where habitat creation may be needed.

This has enabled us to work with landowners on management plans that will:

The SITA Trust is the principal source of funding for the project but we have also drawn upon funds available from the England Woodland Grant Scheme and Environmental Stewardship.

Hedgerows that connect woodland form the main pathways for wildlife across farmland.  This project will not only provide such links but ensure that they create a network of good quality habitat, enabling the dormouse population to spread. Through an agreed management plan the project will create an ecological network that not only benefits dormice but a range of mammal, insect, fungi and plant species. Over the next five to ten years all hedgerows included in the plan should be in a favourable condition and we are confident that the quality of habitat will be maintained because it is ideal of gamebirds, has benefits for soil conservation in fields and provides shelter for stock. The shooting and farming community will therefore commit the long-term effort to maintain the habitat in future.

To ensure a lasting legacy we are establishing a system of trained volunteers, especially landowners, shooting tenants and students, to monitor the habitat work after the project has ended. They will provide the information on the status of the network to BASC and the Cheshire region Biodiversity Partnership. In collaboration with our partners we are also training volunteers to monitor the network of dormouse boxes which has been established along the route of the project. Again this will ensure that there is a long-term dimension to the conservation effort. 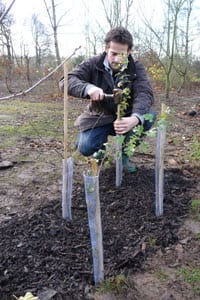 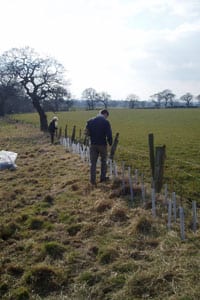 We are establishing a system where we have trained volunteers adopting work completed under the project in order to report its condition back to BASC and the Cheshire region Biodiversity Partnership after the project has ended. This is vital as it will ensure the continued legacy of the project, providing a community who will look after the network in the long term.

The project has also established a network of dormouse boxes in key habitat across the route which will be monitored by volunteers long after the project itself has ended. We will be able to monitor these boxes long after the life of the project by training volunteers during the projects life and setting up a monitoring programme with partner organisations. They will pass their results back to BASC and the Cheshire region Biodiversity Partnership.

Hedgerows: a guide to wildlife and management

A guide produced by the People’s Trust for Endangered Species on woodland management for small woodland owners offering best practice to comply with European Habitat regulations. Managing Woodlands for Dormice

Video: How to recognise one of the field signs left by dormice

Shoots in Cheshire are involved in a dormouse conservation project for which BASC has gained funding from the SITA Trust. The project is one of many under BASC ‘s Green Shoots Programme. Here Sue Tatman from the Cheshire Wildlife Trust, a partner in the project, explains how to recognise one of the field signs left by dormice – a nibbled hazelnut.

BASC’s Green Shoots programme helps to link management of land for shooting with wider conservation projects. In Cheshire, Green Shoots is working with the Cheshire Wildlife Trust to improve and monitor habitats for the threatened dormouse.

Green Shoots in Wales Action under BASC’s biodiversity plan, Green Shoots, started in Wales in 2005 when BASC asked members living in North Wales to complete a survey of the wildlife on their shooting land. We used that information to work with members and partners to run conservation projects on

Green Shoots in the South East