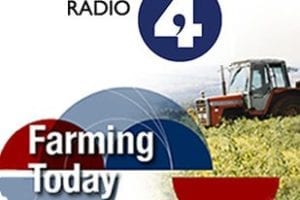 Mr Danby said there is “a real pressure and a need for things to be resolved quickly”.

He added: “It is pretty much chaos, I’m not over-egging that,” and called for “serious action to make sure things are put right quickly so the countryside can function efficiently and well and lawfully before there’s a review Natural England are saying is going to be happening later in the summer.”

Mr Goodwill, who is also a farmer, said: “I’ve had a meeting with Michael Gove. We have been talking about what we can do to ensure we get things back to normality very soon.

“It’s not just about controlling pests on farm crops but also about conservation. We have lapwings, golden plovers a number of endangered species that can be predated upon by these birds.

“We are keen to ensure things get back to normal as quickly as possible and whatever we do is legally watertight.”

The piece can be heard here from six minutes in: https://www.bbc.co.uk/sounds/play/m0004mjh

Steel yourself: the Westminster government is having a pop at lead shot

British shooting organisations may not unanimously agree on a future for lead ammunition – but they all want shooters to respond to the Health & Safety Executive’s report on banning it.