The benefits of shooting

Since I remember, I’ve always been involved in game shooting on Saturdays during the season. Even when I was beating, I still eagerly waited for each shoot day, once a month. And now that I have a gun in my hand, I enjoy it even more. But why is shooting so good and what are the real benefits of shooting?

As rough as can be

Our shoot is about as rough as they come, having lost most of the woods as the landowners had other uses for the land. Most of the day is spent trudging along country fields or through the crops, hoping a pheasant – or, if we’re lucky, a partridge – pops up. We normally walk around eight miles in total; good exercise for everybody. Even driven shooting involves a fair bit of walking between drives. If you’re beating, that’s hard exercise as you try and squeeze through brambles or under gorse. So, it’s good for one’s health, but what other benefits of shooting are there.

It’s been scientifically proven that spending time in nature is good for you. Being in the countryside lowers stress levels and can help us relax and recentre. One of many benefits of shooting is the opportunities it gives us to do just that – be part of nature.

When we’re out in nature we see small but incredible things. We might see a tawny owl, disturbed by the beaters. Or a hare race across a field. Or a deer among the trees as we wait for pigeons to come to roost. Even afternoon sunlight filtering through the trees can help take a weight off our shoulders and let us marvel at the beauty of the countryside.

Picture a male pheasant, the iridescent green neck, the crimson cheeks, the white neckband turning into a dark brown breast, speckled, and dappled with dark and light flecks. And then the banded tail feathers waggling as it walks. It’s an incredibly beautiful thing.

You can read more about the value of shooting for our wellbeing, here.

Benefits of shooting to the economy

On the list of benefits of shooting is the crucial role it plays for the economy. The entire industry creates over £2 billion a year for the British economy and spends a similar amount on goods and services such as guns or ammunition. Shooting provides thousands of jobs and helps support the hospitality industry through winter months.

The British people also indirectly benefit from shooting. If British shooters are spending around £2.5 billion on goods and services, the VAT paid on those goods and services equates to about £500 million. This is then spent on defence, the NHS, education, and other noteworthy causes.

Another thing on the list of the benefits of shooting is game meat which is incredibly healthy. A serving of pheasant versus a serving of chicken contains half the fat, half the calories, and ten times less salt. Venison is even healthier, with three times less fat compared to beef, three times less cholesterol, and the most protein of any red meat. Game meat is as ethical as it comes, too.

Essentially, the game animals are left to their own devices. We only support them with additional food and predator control for birds when necessary. Compare that to chickens, which, even when free range, are still far from wild, and cows are kept indoors during the winter on even the fairest farms.

It’s really worth giving game a go – you can find brilliant, easy recipes on Taste of Game’s website.

Endless benefits of shooting to wildlife

Finally, shooting is good for other wildlife, too. Shoots across the UK manage 200 million hectares of land for conservation; the equivalent of nearly 300 million football pitches are being used to further British biodiversity from an industry that supposedly doesn’t care about its impact on the countryside.

Heather burning is one of the most controversial topics in conservation, and yet is integral to the success of moorland species. A cool burn across the surface of the heather only burns away the previous year’s heather. This allows fresh green shoots to come up – food for grouse and mountain hares alike.

When a controlled burn occurs, it spreads across the top of the heather, not touching the peat beneath which stores millions of tonnes of carbon. The burning also reduces fuel for wildfires, mitigating the threat that can otherwise rip through the bone-dry heather.

The main reason for moorland management is the demand for grouse shooting. If it weren’t for this demand, grouse, mountain hares and other rare moorland species would disappear. The lack of funding for the conservation of moors without sustainable shooting means that trees would spring up, and the moorland species would be replaced by other species. If any restrictions to moorland management were to be introduced, there would be real concern that some moors would cease to operate, and the moors teeming with wildlife could be lost for good.

Not about the numbers

On our shoot, a bag of 20 pheasants, a brace of pigeons, a hare and maybe a few partridges count for a very good day of shooting. Regardless of the numbers we shoot, I still absolutely love it. For me, it’s not about the number of birds shot, it’s about the people, the beauty of the Northumberland coast, and the delicious roasts or casseroles we make all winter long. So, for those of you who aren’t yet involved – you’re missing out! The benefits of shooting are countless! 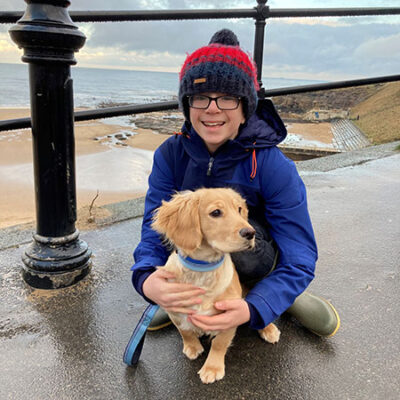 I’m 14 years old and enjoy shooting with my dad on the stunning Northumberland coast. I’m passionate about conservation, too, and interested in how shooting can be beneficial for wildlife. We also have a cocker spaniel puppy and we hope he will join us on the shoot when he’s ready.
This website uses cookies to improve your experience. We'll assume you're ok with this, but you can opt-out if you wish. Cookie settingsAcceptRejectRead More
Privacy & Cookies Policy