With the announcement from the Kennel Club postponing Crufts until the 15 – 18 July 2021, preparations for Crufts 2021 are well underway and we are looking forward to yet another successful event.

Gundog day will now be held on Saturday 17 July.

Entries are expected to open in early Spring.

BASC is responsible for the annual organisation and running of the Gamekeepers Ring at Crufts. These classes are always popular with the general public and exhibitors alike and, with the introduction of lunchtime entertainment, there is never a dull moment.

The event is about working gundogs; every dog is judged to the breed standard but major consideration is given to their appearance, looks and conformation as a working gundog. These requirements make the class totally unique.

Historically, the Gamekeepers Ring is the oldest in the show. In the early days it was also one of the busiest, being recognised by gamekeepers throughout the country as one of the focal points of their year and a signal to the ending of another shooting season.

The Gamekeepers Association used to hold their annual general meeting at the show. Before the days of youth training schemes this was the place where budding gamekeepers would be interviewed, where jobs changed hands and new beat keepers were engaged. Today things have changed yet the passion for gundogs remains.

What to expect on the day

When Crufts was taken over by the Kennel Club (KC) the only difference, as far as the keepers were concerned, was that their dogs had to be KC registered.

In 1978, the Gamekeepers Association became incorporated with The Wildfowlers Association of Great Britain and Ireland which, in 1982 changed its name to The British Association for Shooting & Conservation (BASC).

Up to 1989 the running of the Gamekeepers ring at Crufts was in the hands of some of the old Gamekeepers Association committee. After the 1989 show, the old team decided to call it a day and BASC was approached to see if it would be interested in picking up the baton.

At this time the ‘good old days’ seemed to be a thing of the past for the Gamekeepers Ring at Crufts. It would be churlish to suggest that this was anyone’s fault. The old team had put in many years of service, but times were changing and the Gamekeepers Ring needed re-appraising and invigorating.

A number of new sponsors were included providing some excellent trophies and two new classes were introduced: retired gamekeepers and regional teams.

A timeline of success

The most exciting year in the re-emergence of the event was probably 1992 when Her Majesty the Queen’s Keepers from Sandringham represented the South East England Region of BASC. They won the event by the narrowest of margins (one point) beating the team from the South West of England represented by Lord Bathurst’s Keepers from Cirencester Park in Gloucestershire.

In 1993 and 1994, the Royal Keepers from Windsor Great Park entered a team representing the South of England. There were also strong teams from Scotland (who won in 1993) and the North of England. Sandringham Estate took the trophy in 1994 but were defeated in 1995 by a team from BASC Northern Region comprising of keepers from Yorkshire and Lancashire. Balmoral is the only Royal Estate that has yet to appear in the Gamekeepers Ring at Crufts.

Until 1995 most keepers struggled to attend as it was held during the shooting season. In 1995, the event was held in March for the first time and the resultant rise in entrants was testimony to the popularity of the Gamekeepers Classes.

Since moving to the National Exhibition Centre in Birmingham, the event has continued to be held in March and this has given more keepers from all parts of the country the opportunity to support what was once one of the premier events in the gamekeepers’ calendar.

In 1997 another new class for pickers-up was introduced to add yet another dimension and in 2004 beaters were added, making the BASC working gundog team competition. Each team member has to be verified by the gamekeeper as having very regularly worked on his shoot during the season. Three dogs and their handlers make up this team (plus one reserve).

Subsequently to include all working gundogs, each individual breed class has had a working gundog group added and now there are three classes for each breed.

For (b) and (c), all dogs entered into these classes must have regularly worked during the previous season and must be qualified through certification by a gamekeeper.

In an effort to encourage youngsters to the ring it was decided to allow a young handler to accompany each team. The girl or boy carries a placard with the team name on it.

This has now been extended to a young handler’s class. Anyone under 18 may enter this class together with a dog which has already been judged on the day. They will be judged as the best matched pair and the winner receives the Captain Heilgers Perpetual Challenge Cup.

How the rings are organised

Every class is given a number and every dog entered in that class also has a number, which is all that a judge knows about the dog. In order to do their job impartially, judge don’t need to know the name of the dog or its owner. However, you can cross-reference the number worn by the dog’s handler in your catalogue to find out who owns the dog, where they live and the dog’s registered name.

The judges are helped with paperwork and administration (but not the judging) by a chief steward. Other stewards are responsible for collecting the competitors at the beginning of each class, keeping the ring notice board up-to-date with details of the class which is being judged, and collecting the results.

Trophy presentation takes place at the end of the day’s judging (approximately 4pm).

Finally, the winners from each gamekeeper-only class has to be judged again in the main ring so that the Best in Gamekeeper Classes may be chosen and presented with the Northesk Memorial Trophy. 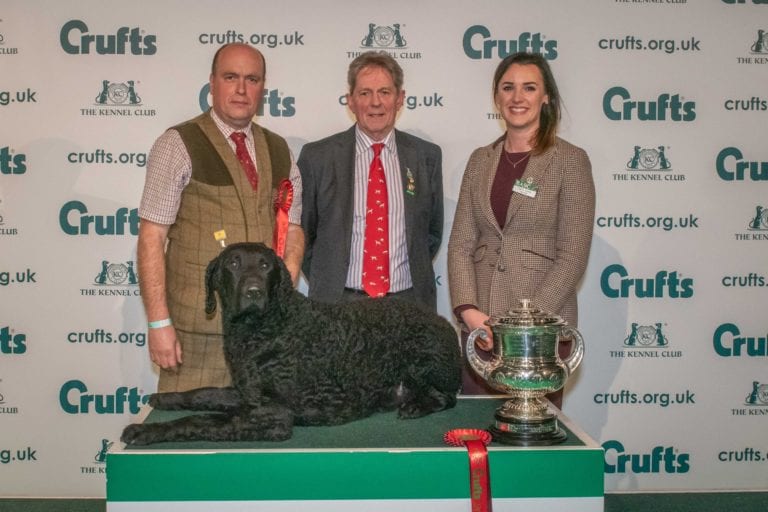 Twister whips up a storm at Crufts

“Great to see” once again how popular BASC’s gamekeepers’ classes were at the biggest dog show on earth. 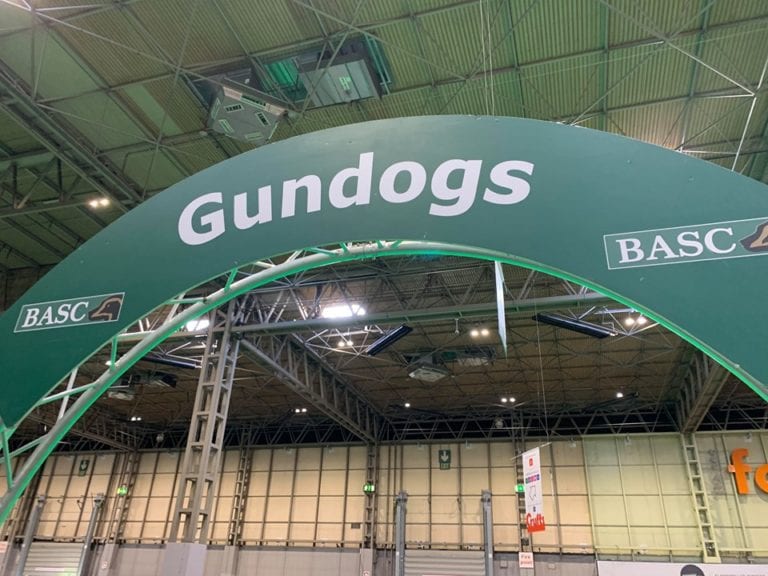 Gamekeepers’ classes “deeply rooted” in the history of Crufts. BASC is “proud” to continue the strong tradition. 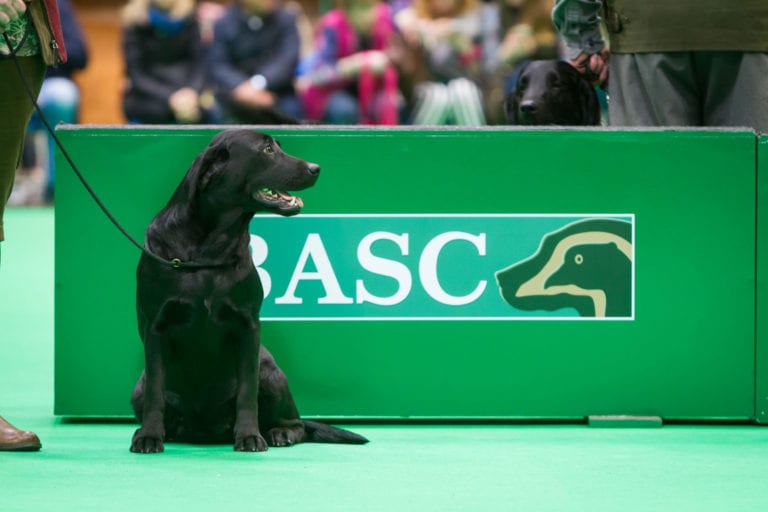 In March, dog enthusiasts will once again assemble in Birmingham’s NEC Arena to celebrate Crufts. Three BASC rings are dedicated to showcasing working gundogs and host the historic Gamekeepers’ Classes.

I am a Gamekeeeper and I intend to enter my dog into the Gamekeeper Classes. Can I also enter the same dog into the Working Gundog Classes?

Yes. However, it is important to know the times of each of the classes to which you have entered and be aware of any potential clashes.

As I work my dog it is legally docked can I still enter it into a class?

I am new to showing dogs and I am hoping to enter the Gamekeeper classes, does my dog need to qualify into a breed class first?

No, dogs entered in Gamekeeper classes only do not have to qualify for entry into a breed class.