Wild Justice has undergone quite a transformation – from Atilla the Hun to Mr Bean. From a radical group ready to use the law to tear shooting apart to some rather confused people hiding behind a Twitter account.

I’m sure you will remember the sudden announcement that the general licences in England were being withdrawn in 2019. I was at ballet class when I heard – it was my children’s class, I am not of balletic build. As Natural England issued licences for this and that, Wild Justice capered with delight. The capering lasted until the press started to run images of lambs with their eyes pecked out at which point they began vigorously insisting that they had never asked for the licences to be withdrawn.

You will doubtless also remember what followed. BASC staff worked all hours, committees met, politicians were briefed, farmers were frantic as their lambs were pecked to bits, lawyers did lawyer stuff, we all tried to get our PDF readers updated to read the new licences, we debated the section 4 defence – it was madness. Eventually the tediously competent Michael Gove stepped in and restored the licences to almost exactly what they were before the whole thing began.

Confused about whether they had won or not, Wild Justice dropped their challenge. Then they launched a new one, this one focused purely on the killing of crows to protect pheasants. You can say what you like about Wild Justice, but they are the best friends crows have ever had. If I was a crow I would love them. Then they quietly dropped that challenge too. I wonder if the crows felt let down.

Having dropped two cases they decided to go for two more in short order. These cases were a legal challenge to shooting badgers during the badger cull and a challenge to releasing gamebirds on and around European protected sites. Perhaps feeling embarrassed that they had dropped the previous two without even going to court, they went the distance with the badger case and lost. They didn’t seem much bothered about losing that one. Badgers, while eye-catching and excellent sources of funding, are not really Wild Justice’s thing. The protected site releasing case was also dropped at the last minute when sharp footwork by BASC and Defra left them with no case to make. They were so upset it made them spin frantically. They delightedly declared the case a great success and applied to the court for costs. Their claims of victory came to an abrupt end when, in the order refusing their application for costs, the Judge said that: “Plainly it cannot be said that C [Wild Justice] has been wholly or even substantially successful”.

But they had another crow to fling among the curlews – a challenge to the general licences in Wales. Having dropped three cases and lost one it wasn’t looking good and on the 18th January the judgement was issued. Wild Justice had lost – again. Having now dropped three cases and lost two the spin machine had to be set in full motion. Wild Justice claimed that their case had succeeded because it had “proscribed much killing that goes on”. That is untrue. The claim rests on one paragraph from the judgement where the judge describes the licence conditions. These were the licence conditions before the case and they remain the conditions after it. Not one letter, comma, hyphen or full stop of the law has changed as a result of their case. So absurd were their claims to have changed the law that not one newspaper gave them credence. In the courts and in the press it was a total flop.

They did their best on social media with a Twitter blitz claiming they had achieved something. But even that died a death as people read the actual judgement. In a truly surreal Twitter conversation Mark Avery even denied being Mark Avery “Who is Mark?”, he asked me, “This is Wild Justice”. To be fair he had had a disappointing day and probably needed a sit down with a cup of tea and a slice of toast.

I’m making light of this but the truth is not so happy. The regulators have become paranoid about the threat of spurious litigation and in doing so the general licences have grown more complex and more restrictive. The real work of conserving Britain’s wildlife has got harder. The country’s nature conservation agencies have also been forced to spend vast sums to defend cases. We know from their annual report that Natural England is now holding back funds from actual environmental protection work to fight silly court cases.

We are reaching the bit in the Wizard of Oz where the real identity of the Wizard is revealed, he is not some great and powerful thing to be scared of, he’s just an old man behind a curtain operating a noisy machine. The same is true of Wild Justice – they are annoying, expensive, disruptive and noisy, but it is increasingly clear that they are really nothing to be scared of. 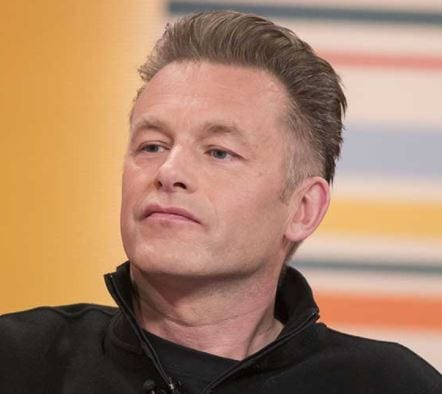