BASC has accused Wild Justice of trying to close down the Welsh countryside after the group threatened another legal challenge to the licensing system for the control of wild birds.

Wild Justice has written to Natural Resources Wales (NRW) requesting they revoke the temporary general licences issued on 1 January this year as they believe them to be unlawful. These licences provide the legal basis for control of wild birds and were already under review by NRW.

A similar move by Wild Justice in England last year caused chaos in the countryside and led to significant economic and environmental damage.

Steve Griffiths, BASC’s director for Wales, said: “Wild Justice claimed they did not want to see the licences temporarily revoked in England last year because of the mass disruption it caused, however, they have now launched the exact same legal attack on Wales.

“Their actions are a direct threat to farmers, conservationists and pest control businesses at a vital time of year.

“Wild Justice’s ‘lawfare’ tactics aim to wrap the farming and shooting communities up in so much red tape that everyday actions become impossible.

“Government agencies must stand by their constituents and must take the time to produce fit for purpose and future-proof licences and not fold to these stunts.”

As in England, Wild Justice says it wants the general licences in Wales to be subject to Judicial Review. BASC is registering as an interested party in this process.

Mr Griffiths added: “The rural community in Wales needs to be alive to this latest threat by Wild Justice. There should be no underestimating the irreparable damage to the countryside that could be caused by Wild Justice.

“It is shameful for Wild Justice to pre-empt a review of the Welsh general licences with its bully-boy tactics.

“The Welsh general licences that were hastily issued last year are already highly restrictive and problematic for farmers and conservationists and a robust review is due to take place this year.

“Wild Justice is waging lawfare with government bodies that are already stretched as they work, post-Brexit, towards a sustainable future for farming and the environment by the end of the year.

“Bad law results from rushed decision making and we would urge Wild Justice to cease these vexatious legal attacks before even more damage is caused to the economy, environment and people’s livelihoods.

“BASC will fight tooth and nail on issues that will significantly impact conservation efforts and economic activities. BASC is registering as an interested party in any legal action in Wales and will be requesting an immediate update from NRW.” 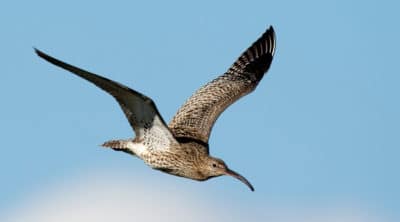