A huge skip load of metal, plastic and rubbish and over 50 car tyres have been cleared off the foreshore between Cardiff and Peterstone by a group of wildfowlers.

The foreshore tidy-up was organised by the Wentloog Wildfowling and Conservation Association, thanks to a grant from Keep Wales Tidy and with help from members of the Gwent Wildlife Trust.

Mat Holloway, secretary of the Club, said: “It’s shocking to see the amount of rubbish that ends up on the tide line. We’ve been cleaning up the foreshore for years but the grant from Keep Wales Tidy has enabled us to expand our operation. It can be depressing to see more rubbish arriving on the next tide, but if we don’t move it, it’s there for ever, and we very much consider ourselves to be custodians of this section of the foreshore.”

Reserves officer for the Gwent Wildlife Trust, Richard Bakere, said: “The foreshore, salt marsh and reens are unique havens for all sorts of wildlife, not just birds, and we have a duty to look after these areas as best we can.”

The Wentloog Wildfowlers, who are members of the British Association for Shooting and Conservation (BASC), have also recently offered to restrict shooting in an area looked after by the Gwent Wildlife Trust to provide a safe haven for wildfowl.

The Wentloog Wildfowlers were formed in 1981 and the club now has around fifty members, many of whom live in Rumney and have known the marshes and foreshore all their lives. 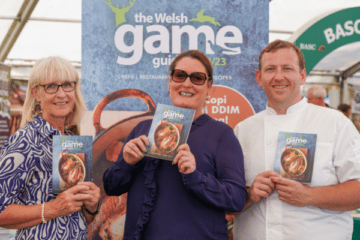 The guide features 50 top venues across the country where you can enjoy game plus a host of game recipes and cooking tips. 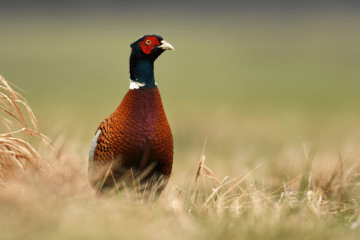 BASC is vowing to fight “restriction proposals” arising from a call for evidence on gamebird releasing in Wales.