This is a transcript of the plenary session at the Welsh Assembly on 26 September 2018.

Minister, I think it’s a deeply regrettable decision that you have taken. In many vulnerable communities, there will be redundancy notices served to many employees who rely on the shooting industry to provide employment where few alternatives are available to them. So, by your actions, you will be helping to serve those redundancy notices, Minister. But I’d like to ask you a simple question, if I may: NRW commissioned a report into this very subject, which cost them £45,000. Based on that report, a unanimous decision was taken at the board of NRW in July not to support the withdrawal or the licensing of shooting on public-owned land. You intervened as the Minister, which is your right as the Minister, as the owner of that land, to give them guidance to change that decision.

So, can you confirm that this is a political decision that you have taken and is not based on the science or, if you have additional information, can you make that information available because clearly, the report that NRW commissioned at the cost of £45,000 informed their decision that was unanimously backed by their board?

Shooting on private land is a matter for the landowner to decide. The Welsh Government needs to take account of wider considerations of public views in considering what happens on our estate. The three shoots affected by the NRW decision to stop pheasant shooting cover a combined area of less than 300 hectares and represent less than 1 per cent of the total number of pheasant-shooting enterprises in Wales. You said that I have every right to make an intervention. I do not see this as an intervention. Natural Resources Wales made it clear from the outset that the wider policy and ethical considerations would be a matter for Welsh Government as a landowner. Having received the draft recommendations, we set out the Welsh Government’s position.

It’s also worth noting that [Inaudible.] the Welsh Government’s position is a matter for NRW’s ongoing consideration and did not bind them to accept or follow our position.

I welcome the decision that has been made and I wanted to congratulate the League Against Cruel Sports for the work that they’ve put into this particular campaign. I want to understand what your engagement will be, as a Minister, with Natural Resources Wales in relation to the groups that are involved from all sectors of society in light of this decision. Because I have grave concerns about the fact that the Countryside Alliance has tweeted to call on two members of the NRW board, who spoke in favour of ending the shooting licences to resign, despite the fact that these two people did not have an interest. And then they didn’t call on other members of the board, who do have an interest in the shooting agenda, to resign also. So, they can pick and choose where they think there is an interest and where there isn’t one. There was an interest in the report in question, which Andrew R.T. Davies raised because that was somebody on that particular commission report who was actually part of the shooting fraternity, and so, potentially, there was bias there, which I raised in this Chamber also today. How are we going to be able to have faith in the decisions that are made if organisations with quite significant influence on Welsh society are going to call for these outrageous claims after a well-thought-out decision was made and one which I think that the majority of the population of Wales will support?

Can I thank the Member for her question and for her previous questions in raising this matter in this place and beyond? I can hear from the heckling in the background that this is an issue that is emotive and it generates strong opinion from both sides. However, you’re right: there was significant public opinion, particularly in terms of recommendation 3 that 60 per cent of Welsh residents were not in favour of us continuing to lease for pheasant shooting on Government land.

In terms of working with stakeholders, I think it’s absolutely important that NRW work across the board with all stakeholders, whether that be from stakeholders in terms of [Inaudible.], the Countryside Alliance and also the animal welfare and animal rights charities and with Welsh Government. I and the Cabinet Secretary work closely with Natural Resources Wales on these issues.

I welcome the decision very strongly and congratulate the Minister on standing firm on this. Would the Minister not agree that it does actually chime very much with what the public think about it?  A poll by Animal Aid and the League Against Cruel Sports in April found that at least 71 per cent of people across Wales—including in the rural areas of mid and west Wales, where, again, shooting is very common—oppose the shooting of game birds for sport, regardless of whether it is on public or private land. So, I think there’s no doubt that the Minister is acting with the mood of the people, so I congratulate her for taking that stand. I’m also concerned about the game bird code of practice, and I did ask for an urgent review in June for that code of practice, but I understand that it is a lack of inspections by the Animal and Plant Health Agency to check compliance that may be an issue. I don’t know if the Minister would be able to comment on that.

I thank the Member for her question and her comments. On specific things in terms of the code of practice for the welfare of game birds, I refer you back to my previous answer to our colleague, Vikki Howells. Any specific concerns about the specific concerns you raised—perhaps it’s a matter for the Cabinet Secretary to respond to you in writing with further detail about that, and perhaps you’d like to correspond in that manner.

Thank you, Presiding Officer, for allowing me to ask a question on this, as this issue significantly impacts my own constituency, and I certainly do not welcome the decision or congratulate the Minister. There has been mention of a negative impact on the industry, but has it been considered—the knock-on effects on other sectors as well? I’m thinking of bed and breakfasts, small hotels, heavily dependent on this industry. During winter months, of course, they rely on this trade, and especially in this particular months, outside the standard tourism season. Can I ask what impact the assessment?

What assessment has been carried out on the effects of the decision on rural Wales, on jobs, the local economy and tourism? Hundreds of hours of conservation work are undertaken by gamekeepers. They are also now at risk. Who is going to undertake this conservation work? Has this been thought about?

Finally, can I ask you, Minister: will you visit Montgomeryshire with me, and visit just one of the many businesses that are now laying off staff as a result of the decision that you’ve supported?

I thank the Member for his questions. In terms of looking at the economic impact, there were a number of figures that have been raised recently, in terms of the value of shooting to the Welsh economy being about £75 million. But, that is throughout the whole of Wales, not specifically for the three leases on Welsh Government-owned land, which I said account for only 1 per cent of the shooting enterprise in Wales. In terms of looking at the impact, in the NRW recommendations, they did make clear that there would be scope for a transition period to try and mitigate any impact on the local community. In terms of the cost to NRW, the decision to not renew pheasant shooting leases will cost NRW approximately £4,500 in annual income. NRW have suggested that the loss of administration costs to manage leases will make it cost neutral for them. In terms of the specific issues you raised with respect to your constituency, perhaps it might be an idea for the Member to write in with those concerns and detail them, so we can make sure that these are addressed by NRW.

I have to say that this episode really raises fundamental questions as to whether Natural Resources Wales is truly at arm’s length from Welsh Government, or whether it’s just beholden to the views of its political masters in Cathay’s Park. Back in July, NRW made a decision unanimously against a ban. You didn’t like the decision. You intervened, and weeks later, the decision was changed. Now, it seems to me that NRW is an arms-length body when it suits Welsh Government. For example, the Hinkley mud debacle—

You keep telling us, ‘Well, you know, they’re the experts. We can’t intervene. They know best.’ But, on this issue, you didn’t like the decision, so you made sure that you got it changed. You can’t have it both ways. So, which is it to be, Minister? We know now that birds won’t be shot down over public woodland in Wales. But, I have to say—and do you not agree—that after this debacle, the integrity and the credibility and the reputation of Natural Resources Wales has been shot  down in tatters.

I disagree with the Member’s assertions. What I would refer back to is that this was not considered an intervention.

From the outset, NRW made it clear that the wider policy and ethical considerations would be a matter for Welsh Government as the landowner. 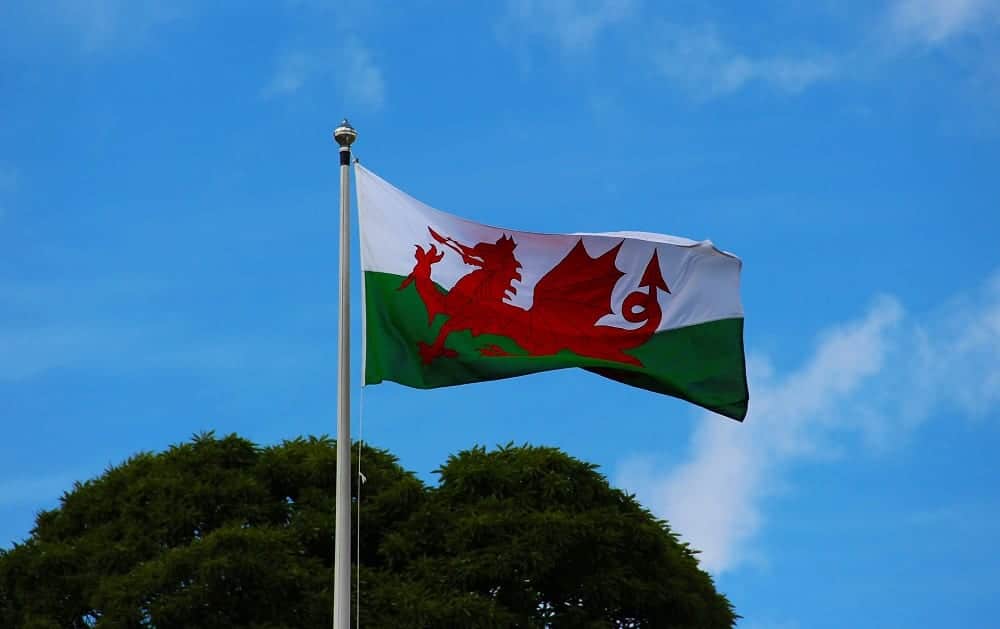 BASC "delighted" that so many people have shown strength of feeling on the issue.

Personal, face-to-face conversation could have opened "channel of communication" with BASC members and people who shoot in Wales. 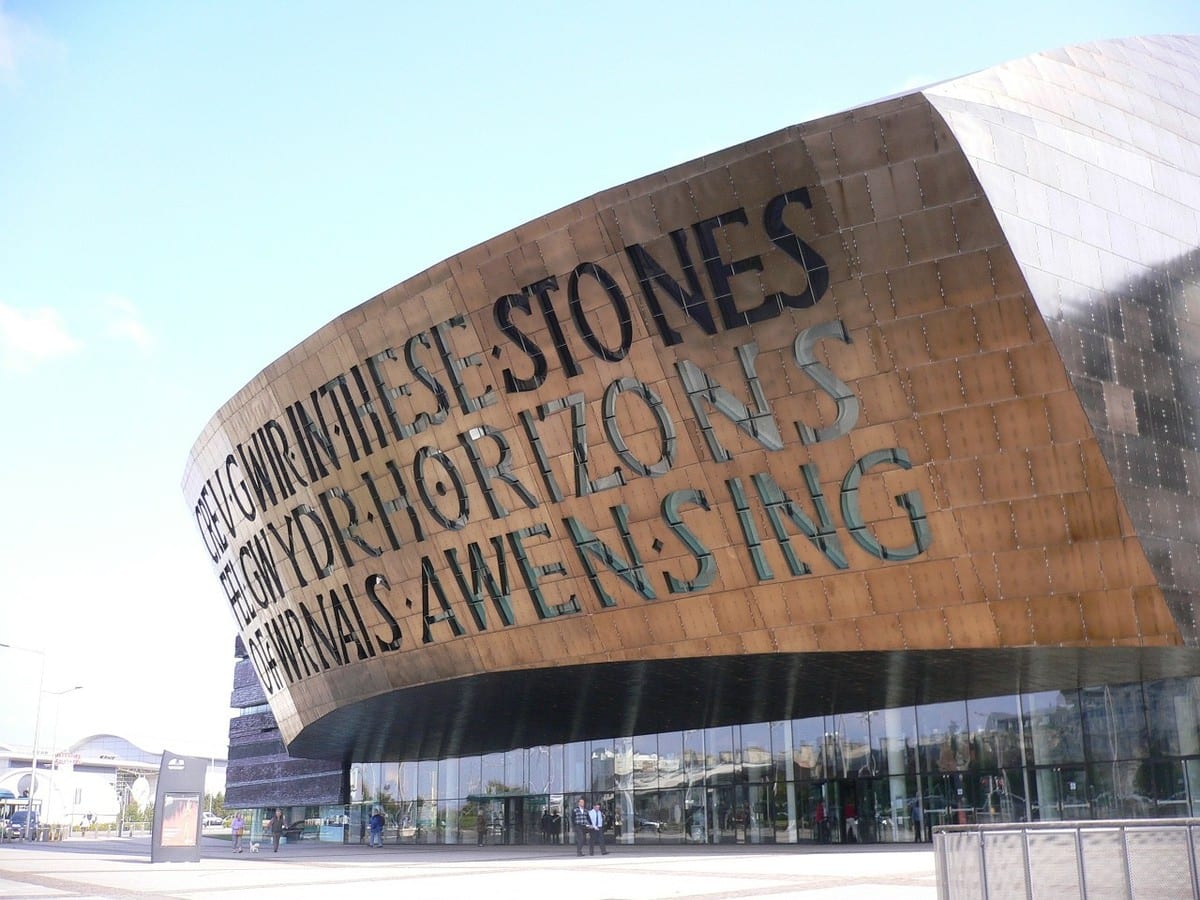 Lawyers acting on behalf of BASC, CA and NGO have now issued a letter before action.