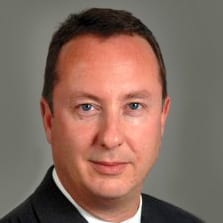 Peter Glenser QC was BASC chairman between 2016 and 2019 and on council for more than nine year. The specialist firearms barrister is a keen quarry shooter, deerstalker and grouse shooter.

The shooting community’s response to the awful film footage of pheasants being dumped into a hole in the ground must be unequivocal.

It appears that the birds were ‘breasted’ – so the prime cuts of meat were taken prior to disposal, which backs up statistics that around 97 per cent of shot game makes it into the food chain. But that is not a defence when what remains, in such great quantities, is so unceremoniously dumped. This action does not satisfy the ‘golden thread’ of respect for quarry.

The perpetrator may have used a mechanical digger but such bad practice drives a coach and horses through the credibility of shooting.

The fact that demand for game meat has never been higher is a real success story for shooting and for the increasing number of people who want to fill their plate with healthy, nutritious, sustainable food.

But every person that helps form the chain between field and fork must ensure their actions are beyond reproach if the demonstrable benefits of shooting are not to be critically undermined.

Regardless of the legality or otherwise of disposing of bird carcasses by tipping them into a hole in the ground, all those with any regard for the future sustainability of shooting must consider public perception when deciding how to behave in any given set of circumstances

We all have to take our own personal responsibility to keep shooting out of the headlines for the wrong reasons.

The footage published by The Times newspaper is immeasurably damaging to shooting’s reputation and damaging to the good work done on a daily basis by organisations such as ourselves, the Countryside Alliance, the National Gamekeepers’ Organisation and the British Game Alliance. We have also said as much today in our various responses to the story.

Make no mistake, in situations like this people pore over every word published by organisations such as ours. So perhaps this is an opportune moment to point people to The Code of Good Shooting Practice.

“Shooting has its opponents; the good name of shooting – and the ability of our organisations to defend it – depends on everyone involved following this Code. Whatever your role within shooting, you should always be ‘Code-aware’ and raise awareness of this Code in others.”

As well as the Code, the disposal of waste is also covered by a number of local authority regulations and directives. The Game Handling guide also offers direction.

In this instance, as the UK’s largest shooting organisation, BASC has referred the footage to the local authority so that they can investigate and take legal action if required. We have also reported the shoot to the BGA.

The investigative processes should answer the obvious questions about the legality of shovelling bird carcasses into the ground.

But beyond that it is about the morality of the issue! 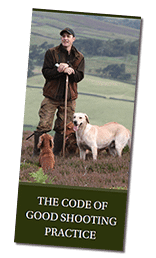 Peter Glenser QC was BASC chairman between 2016 and 2019 and on council for more than nine year. The specialist firearms barrister is a keen quarry shooter, deerstalker and grouse shooter.