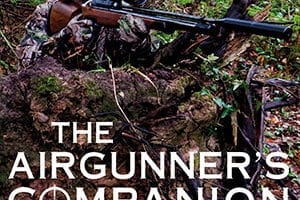 JDJ Braithwaite is a trained scientist and has been hunting with airguns for 35 years in the fells, forests and fields of the Lake District. His experience and advice has recently been collated in the book ‘The Airgunner’s Companion: A field guide to hunting with air rifles’

JDJ Braithwaite reports on the role of modern thermal imaging technology and its use when coupled with airgun hunting methods for the humane removal of grey squirrels from our woodlands. He talks about his experience and the issues he faces in his local town, Lakeland.

The ancient woodlands of the Lake District may look idyllic, they may stir the senses and fire the emotions. However, such stunning beauty hides an on-going battle from a formidable foe. The invasive non-native grey squirrel arrived in Lakeland around the early 1990s and now has a stronghold within the region. This is worrying for a host of reasons, perhaps most notably because this part of the country is also home to our native and endangered red squirrel. Sadly, these two species cannot really co-exist as the greys can carry the squirrel parapox virus; they are immune to it, but it is fatal for the red squirrel.

A large part of modern red squirrel conservation involves the humane removal of the grey squirrel from our woodlands. Volunteer airgunners make a significant contribution in this regard, and anything that can be done to improve and optimise our efficacy in the field should be welcomed. The modern sub 12ft.lbs airgun is an ideal tool for the humane removal of pest species like the grey squirrel. Modern airguns are highly engineered, precise and ecological. Only firing a single pellet, they are near silent and highly discrete.

There are many ways to enhance your approach to culling grey squirrels and to optimise summer woodland shooting further. I recently purchased a Pulsar Helion XP38 thermal imager to help me spot grey squirrels in the dense foliage of summer woodlands. Modern thermal imaging technology is now something of a game changer. As a technology, shooters have been using thermal imaging, (either as hand-held spotters or coupled and integrated to telescopic sights), for a while. It has a strong following with fox and deer shooters where the quarry is much larger and culled at much greater distances with high calibre cartridge-based rifles. However, thermal technologies are also highly valuable to the airgunner whose quarry is smaller and range more restricted.

Over the years I’ve lost count of the times I’ve been sat in one of my hides just gazing around the woods when, by chance, I spot a grey squirrel sat there nibbling, grooming or simply sunning itself. Forgetting for a minute how long it has been there. Many times, I’ve finished a session because I’m of the impression there are no more greys in the vicinity, only to spook a few of them that have been there but were hard to see. The thermal imager can be of great use in this regard helping to improve the hunter’s awareness.

For grey squirrel shooting I’d recommend a unit that has a wide field of view (FOV). This is more important for scanning large sections of woodland very quickly and with little effort. in fact, I’d suggest that a larger FOV is more important than an overly high digital zoom. With the digital zoom, the image becomes grainy at higher magnifications. In addition, with testing I have found I can clearly pick up and detect grey squirrels scurrying through the trees at +60yds on the lowest magnification settings. So, this technology is now more than up to the job. 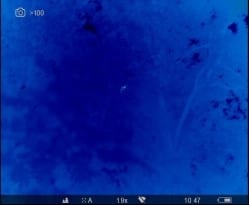 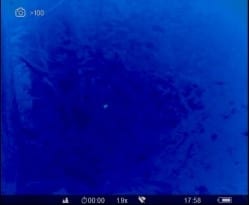 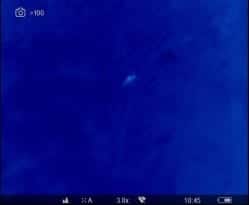 A grey squirrel easily visible scurrying through the tree canopy approximately 60yds away from me. Modern thermal imaging is more than up to the job of picking up heat signatures from such small quarry at impressive distances.

You can read more about optimising grey squirrel and other vermin shooting with modern air rifles in the authors recent book “The Airgunner’s Companion: A field guide to hunting with air rifles”, by Quiller Publishing.

JDJ Braithwaite is a trained scientist and has been hunting with airguns for 35 years in the fells, forests and fields of the Lake District. His experience and advice has recently been collated in the book ‘The Airgunner’s Companion: A field guide to hunting with air rifles’