The truth about positive reinforcement 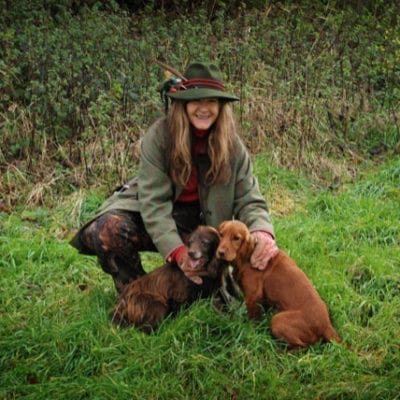 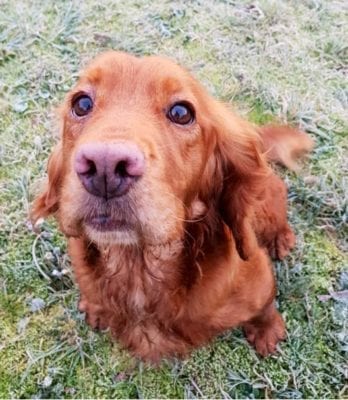 Ever since I rescued her when she was stuck in a hole, Fizz has been being good.  Normally, as a Field Trial Champion she considers me, the handler, to be somewhere between unnecessary and irritating. Now she is spot on the whistle, hupping instantly the moment I blow the stop signal, and watching me intently for commands.  This is of course, wonderful, and it’s good to know she can do it when she wants.  But it’s got to the point where I am beginning to find this devoted obedience quite stressful!

I won’t be shooting over her until September, and have no tests or trials planned in the meantime, so I would rather we were all just chilling for the summer.  However, good behaviour cannot be ignored.  It must get a positive response from me as the handler.  This is basically what technical trainers call “reinforcement.”  In other words, when your dog performs a good, desired behaviour, you must always recognise it with some form of praise or reward, in order to reinforce the benefits of that behaviour in the dog’s mind.

Ignoring your good dog, or unintentionally giving poor feedback to him, is a recipe for un-training.  This is why it can feel quite a pressurising responsibility to be handling a dog who is really devoted to working for you.  We all train towards that moment of the dog being at your feet, quivering with the sense of “command me and I will do your bidding.” Even so, there are times when you are chatting to a mate, or just gardening, and you really don’t have anything to say to your dog.

This is a danger moment which many people overlook.  No matter how inconvenient, if you fail to give any reinforcement for this desired behaviour, it will soon disappear.  A shooting friend very wisely bought a top class fully-trained Labrador as his first shooting dog. At the end of each drive, he would wave his hand in the general direction of fallen birds, and this big, handsome Lab would disappear into the middle distance, while his boss shared a hip flask and a chat with the rest of the guns.  At intervals the dog would reappear with one brilliant retrieve after another, which his owner was too busy to notice.  To begin with the dog would trot along hopefully at heel, waiting for the opportunity to attract the boss’s attention and safely deliver the lively runner he was carrying.  It was comical to watch at first, but by the end of the season this strong, hard-going Lab had become unmanageable on the peg.

So it’s important that we don’t disappoint our good dog.  But how do we recognise and reward? Recognising and acknowledging the behaviour is often reward enough.  Eye contact, soft-voiced praise, a gentle pat or massage of the shoulders is usually plenty.  All the dog needs is to know that you know that he’s been good.

Something so simple should be easy. Yet one of the most common mistakes I see in the shooting field is people who are “working” their dog but completely fail to focus on the dog.  Whether you are a gun, beater or picker-up, if you are working your dog, you are working your dog.  It may seem anti-social but you can always make up for it later at elevenses when you put your dog on his slip-lead and have a chat with your mates.

Having a good dog may be a problem we’d all like to have – but it can still be a problem!