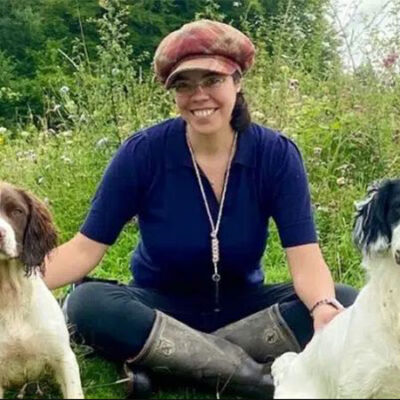 Dr Marnie Lovejoy is head of environment law research at BASC. Holding a PhD in law, Marnie has practiced and researched law in both the UK and Switzerland, and is the former associate head of Portsmouth Law School. Her work at BASC focuses on the regulatory frameworks governing wildfowling, wildlife licences, gamebird release, and habitat management, with the aim of promoting and strengthening sustainable shooting.

What is the precautionary principle and what relevance does it have to shooting and conservation? Dr Marnie Lovejoy explains…

What is the precautionary principle?

“A good intention with a bad approach, often leads to a poor result”
Thomas A. Edison

In a nutshell, the precautionary principle was developed to prevent environmental harm. It works by pausing or stopping potentially risky activities to allow time for proper scientific assessment. In short, it follows the guiding motto of ‘better safe than sorry’.

This common-sense approach works well in relation to air or water pollution. For example, if a factory plans to release a new and potentially hazardous substance into an aquatic ecosystem, it makes sense to stop these plans and assess the potential environmental impact beforehand.

Designed for a single cause and effect

However, when you’re talking about biodiversity and conservation, the application of the precautionary principle is often flawed. Ultimately, it’s designed to deal with issues with only one cause and effect.

As a consequence, a well-intended, but rigid and short-sighted application of the precautionary principle can easily lead to environmental harm being enabled rather than prevented.

We see lack of foresight often in relation to shooting activities where the precautionary principle is used in formal assessments such as Habitats Regulations Assessments (HRAs) or Sites of Special Scientific Interest (SSSI) consents.

For example, in relation to the general licence system, public authorities became increasingly precautious around the control of corvids to conserve vulnerable, red-listed birds. The precaution was well-intended as we should undoubtedly be considering the effect of control measures on the population of a target species. However, corvids have been controlled for centuries without any noticeable impact on their abundance figures.

The unintended result of this short-sighted application of the precautionary principle is that species decline is now ironically more likely.

The risk of predation to vulnerable red-listed birds has inadvertently, despite all good intentions, been increased for no environmental benefit. This is bewildering, especially considering that we’re in the midst of a biodiversity crisis and predation is one of the main drivers of the decline of bird species.

Not limited to pest control

This misapplication of the precautionary principle – which leads to an increased risk of environmental harm – is not limited to pest-control.

It is also seen in relation to vegetation management strategies, such as prescribed burning in the uplands. The prohibition of scientific studies on deep peat, the prevention of drinking water scrapes on moorlands to benefit all wildlife in dry summers, and the restriction on marshland grazing on estuaries that would create enhanced habitats for migratory ducks are all prime examples of misuse of the precautionary principle.

The outcome is always the same – restrictive application of the principle prohibits long-term environmental benefits. This cannot be in the interests of our Nature Conservation Bodies.

So what is the solution? The implementation of three simple steps would allow for a more sensible application of the precautionary principle that would truly benefit nature, biodiversity, and conservation:

After responding to the Nature Recovery Green Paper consultation, where BASC also raised the above points, we will continue to engage with Defra on these aspects.

The nature and design of our future environmental laws will shape our shooting and our community, and it is only right that BASC plays a central role in helping to develop the chosen route.