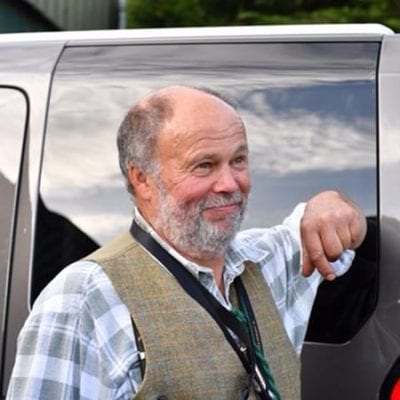 Mike Holliday is a long-standing BASC gamekeeper and chairman of BASC Scotland’s Gamekeeping and Wildlife Management Working Group. Mike works on Glen Ample estate in Perthshire, which offers hill and woodland stalking as well as pheasant and walked-up grouse shooting to international and domestic clients.

The publication of research into the employment rights of Scotland’s gamekeepers should be a watershed moment for your government. This is a chance for you and your ministers to change tact and take stock of the human cost of appeasing the anti-shooting lobby.

Scottish gamekeepers like me have been bearing the brunt of concerted anti-shooting campaigns by animal rights extremists for years. These campaigns have resulted in the passing of inherently damaging legislation in the Scottish Parliament, slowly but surely degrading Scottish gamekeepers’ ability to conduct their important work in the name of shooting and conservation.

Now the implications of these vicious and maligned campaigns on gamekeepers like me have been outlined in your government’s own commissioned research. The question is, First Minister – will you act?

The research makes for damning reading. Almost two thirds of respondents had experienced abuse of some kind, while almost 80 per cent feel less optimistic about the profession’s future. The testimonies provided by some respondents paint a grim picture.

“We have ‘antis’ leave death threats on the estate office phone. We’ve had death threats to the owners’ children by letter.”
Survey Respondent
“The overbearing threat to our profession from well-meaning urban communities and intransigent attitude of government agencies makes the job increasingly harder. Additionally, I never imaged having to deal with threats made to my family and team by anti-hunting groups and individuals.”
Survey Respondent
“I feel constantly pressured to defend our profession as we seem to be constantly portrayed as bad people. Where in fact what we try to do is hold a proper balance in the countryside carry out a lot of conservation and get no thanks for it.”
Survey Respondent
“I feel as if the government gives the profession no support. They are imposing more regulation and restrictions […] making the job much harder to do […] while giving no protection or backing against people who come to interfere, damage, disrupt and disturb both the work we do and the wildlife that thrives on the land we manage.”
Survey Respondent

The scale of abuse in particular is deeply concerning. If we assume the survey sample is representative of the lived experiences of Scotland’s gamekeepers as a whole, it could mean that as many as 970 gamekeepers in Scotland have experienced abuse.

An unprecedented attack on Scottish gamekeepers

This is unprecedented, First Minister. It constitutes nothing less than an attack on an entire community. An attack that continues to take place on your watch.

Make no mistake – this abomination would never be tolerated in any other walk of life. I cannot envisage a scenario where your government would allow other professions – for example, medical professionals, emergency responders, teachers – to experience the scale of abuse felt by Scotland’s gamekeepers.

The problem is that the profession has been tarnished by a particularly nasty and unrepenting mob who claim to campaign in the name of conservation. I fear that your government is scared to stand up for gamekeepers, probably because you fear the repercussions from those who – ironically – have no understanding of gamekeeping, nor the countryside.

Gamekeepers like me have everything to lose. Homes, livelihoods, families, friends and entire communities all depend on gamekeeping – not to mention the wildlife we diligently manage. This is a profession that keeps people employed in rural areas and keeps iconic wildlife thriving, even during unprecedented times like the COVID-19 pandemic.

Lose us and you lose the very pillars upon which much rural life is based. Scotland is richer – culturally, economically and environmentally – as a result of its gamekeeping community.

Our voice is getting lost in the divisive sentiment whipped up by prominent ‘conservationists’ with mass social media followings. They do not care for gamekeepers or their families, but you should. Politics is about representation. It is about standing up for people experiencing adversity, especially minority groups.

We need you to stand up for us, First Minister.

Your government must realise that Scottish gamekeepers are under attack. Almost two thirds are being abused, and almost 80 per cent feel less optimistic about the future. The time has come to stand in solidarity with gamekeepers: to call out the villainization; to tackle the abuse; and to help ensure a sustainable future for Scotland’s gamekeepers.

I look forward to seeing what steps you will take in response to this research. The future of our community depends on it.