The danger of “celebrity endorsement”

It didn’t take much of a trawl of the internet to find images of Ben Fogle posing with various animals, dead or alive.

Many of these snaps clearly called into question the veracity of Fogle’s tweet to BASC today in which he claimed he is “steadfast that no-one who cares for animals should ever pose for a photograph with a dead animal as a souvenir”.

We’ve had a bit of fun today with Ben on social media, pointing out the apparent hypocrisy within this statement and knitting together a few of these snaps in a light-hearted collage. But there is a much more serious side to all of this; we are also aware that behind many of these images probably lies a story in which Ben is trying to use his influence to raise the profile of issues important to him. 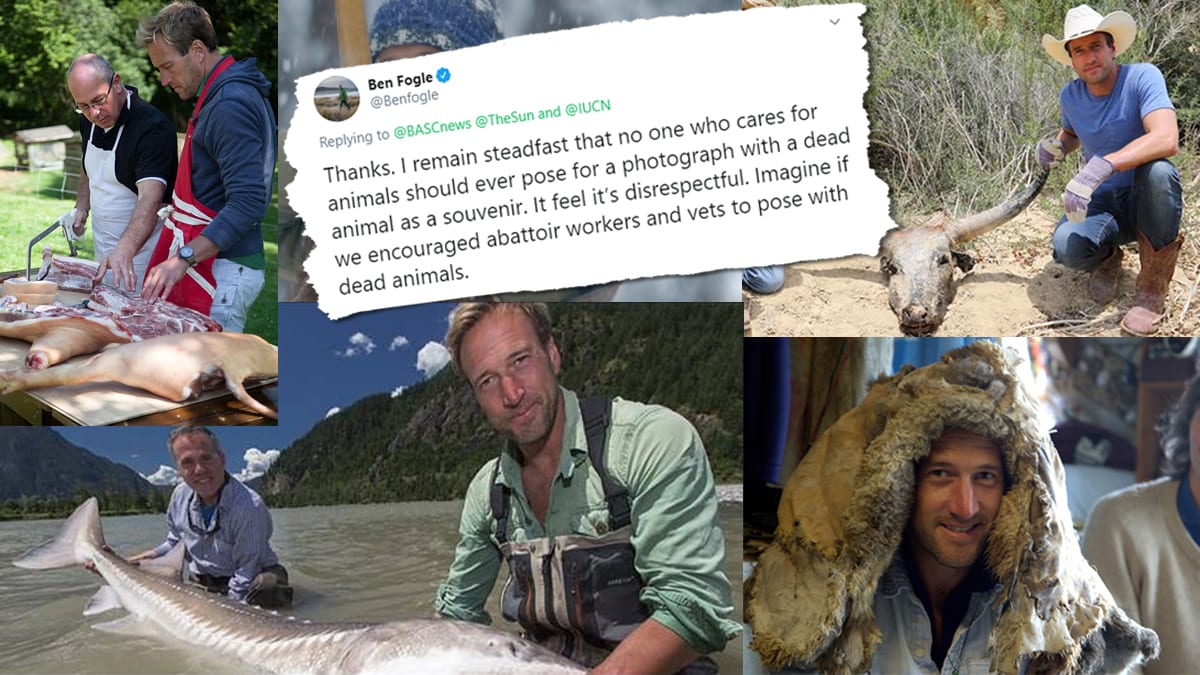 Our Twitter exchange with the presenter again highlights one of the real pitfalls of social media – A picture can indeed say a thousand words, but it can also throw up more questions than it answers.

Ben is one of a number of celebrities who have jumped onto the back of an anti-trophy hunting campaign sparked by the presence of Ollie Williams on the reality TV show Love Island.

Ollie has been pilloried for photographs which have been published of him posing next to various animals and a forceful online campaign demanded he be kicked off the show. Of course, a Twitter photograph of Ollie Williams next to a Cape buffalo has no more context than the photograph of Ben Fogle smiling as he poses with a bearskin on his head.

But there is a clear and obvious danger to the future of shooting when trophy pictures are propagated across the internet and in newspapers without carrying a credible backstory. It has been rather alarming, for example, to read many of the comments attached to the petition calling for Ollie to be dumped off the show. BASC has successfully challenged Change.Org to ensure the hateful – and probably criminal – comments on this petition are blocked.

The tabloid press has lapped up the hysteria created by this online campaign and it will blow over as quickly as it blew up. But this whole media storm should serve as another warning to us all that the future of lawful, legitimate shooting is under threat like never before. And we all have a responsibility to take direct action in its defence.

BASC has today called out Ben Fogle; individual members of the shooting community should do likewise. We must also all take every opportunity, online and otherwise, to promote the widespread benefits of shooting to the economy, conservation and personal wellbeing.

A useful step today would be to respond to the UK government’s current consultation on the import and export of hunting trophies; BASC is saying that we support the continuation of current controls based on internationally agreed rules.

While speaking to Defra, we will also be trying to open sensible dialogue with Ben Fogle. In his various television programmes – which are hugely popular and award-winning – he often speaks about his driving passion for conservation. To that end, Ben Fogle and the shooting community are possibly not too far apart.