BASC's political team meet with Welsh government to discuss the importance of shooting tourism in Wales.

A campaign to ensure that MPs and general election candidates recognise the Value of Shooting, which generates £2 billion for the economy every year, has been launched by the British Association for Shooting and Conservation (BASC), the UK’s largest shooting organisation. The Value of Shooting report is based on the latest independent research. It shows that shooting supports the equivalent of 74,000 full-time jobs and people who shoot spend £2.5 billion each year on goods and services. Shooting is involved in the management of two-thirds of the UK’s rural land area and shoot providers spend £250 million on conservation work every year. Key facts from the research have been published in an easy-to-understand infographic, which has been sent to MPs. BASC’s dedicated general election campaign website allows people to contact their local candidates and to send the Value of Shooting infographic to them. BASC, which has a membership of more than 140,000, is calling on everyone who shoots to use the election website and to spread the Value of Shooting facts via social media, the web and by correspondence. BASC’s general election site allows people to see their candidates’ views on shooting and to email candidates to establish their position if they have not recorded one. It also allows people to promote shooting to candidates and to invite them to find out more. As new candidates are selected their names are being added to the website. The site can be found at http://politics.basc.org.uk BASC Chairman Alan Jarrett said: “Shooting’s message to politicians is clear:  Shooting is a force for good for the economy, for conservation and for social wellbeing. We have the facts to back that up that message and the tools to make sure the message is heard. Everyone who shoots can play a part by contacting their candidates online, by sharing and posting the Value of Shooting facts and by emailing or writing to their local newspapers.” BASC Chief Executive Richard Ali said: “Shooting has a voice and a great story to tell. BASC is making the resources available to make sure that voice is heard. Please use the election website and help to publish the Value of Shooting facts far and wide. With everyone who shoots working together, and with the facts at our fingertips, we can help to ensure that every MP elected to the next Parliament is aware of the true Value of Shooting.” The infographic can be downloaded here: and found on BASC’s Facebook and Twitter accounts. Search for BASC on Facebook and follow @BASCnews on Twitter. ENDS For more information please call the BASC press office on 01244 573052 or email press@basc.org.uk 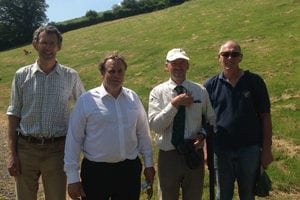 Neil Parish, MP for Tiverton and Honiton, expanded his knowledge of shooting thanks to the UK's largest shooting organisation, the British Association for Shooting and Conservation (BASC). 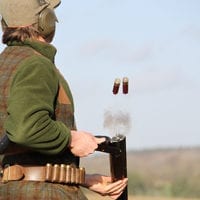 A majority of the UK’s newly elected MEPs have pledged their support for shooting after being contacted by members of the British Association for Shooting and Conservation (BASC). 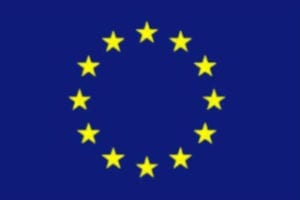 Shooting will be brought to the attention of candidates in the May European elections through a contact website developed by the UK’s largest shooting organisation.

Continue Reading Make sure shooting’s voice is heard in Europe

A report from the independent Regulatory Policy Committee (RPC), which examines proposed regulation for sound supporting evidence, proper process and ultimate impact, has been welcomed by the UK’s largest shooting organisation, the British Association for Shooting and Conservation (BASC).

The Northern Ireland Assembly’s all-party group on country sports (APG) elected Ulster Unionist MLA Danny Kinahan as its new chairman at the group’s recent annual general meeting. The all-party group was established in January 2013 with assistance from BASC NI. Over the past twelve months the group’s main focus has been on firearms licensing issues. These include delays in processing applications, the implementation of the Police Service Northern Ireland’s (PSNI’s) firearms dealer’s security specification and a proposed increase in licensing fees. The all-party group has also taken a keen interest in how the PSNI Firearms and Explosives Branch interact with the main stakeholder organisations. Speaking after his election, Mr. Kinahan said “I am delighted to have been elected Chair of the APG and I very much look forward to working with BASC, the Gun Trade Guild NI and other representative organisations to help develop, foster and promote country sports in Northern Ireland.” BASC NI provides the secretariat for the group. Speaking after the AGM, BASC NI director Tommy Mayne said; “Danny Kinahan will be an excellent chairman, he is a very keen shooter who also enjoys many other aspects of country sports. BASC has worked closely with him in the past and we look forward to working with Danny and the APG throughout 2014, to give all involved in country sports in Northern Ireland a voice in the heart of the NI Assembly.” The all-party group has among its members the chairs of the Committee for Justice, the Agriculture and Rural Development Committee and the Committee for Culture, Arts and Leisure.

Significant issues affecting lawful shooting in Northern Ireland have been discussed with key politicians by the chairman and chief executive of the British Association for Shooting and Conservation (BASC).