A decision by the Home Office to postpone an increase in firearms certificate fees to allow further work on costs and the role of medical advice in the licensing process has been welcomed by the UK’s largest shooting organisation, the British Association for Shooting and Conservation (BASC). 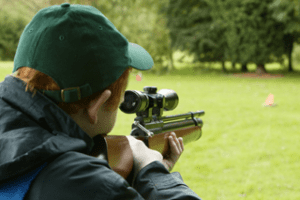 Opposition to the Scottish Government’s plans to license all low-powered airguns will be demonstrated to the Scottish Parliament’s Public Petitions Committee when it is presented with a 21,000 signature petition on Tuesday 3rd September.

Police forces in the UK are being asked for formal assurances that they do not share confidential firearms licensing information with private or charitable organisations.

Following consultation with the UK's largest shooting organisation, the British Association for Shooting and Conservation (BASC) and an online vote by BASC members, a new form designed to simplify the firearms application process has been published by the Home Office. Under the current system, renewing coterminous certificates means completing four separate forms, with the same details repeated time and time again, an issue which has frustrated BASC members for many years.  The new procedure, made available from December 1st 2013, will include only one form for grants and renewals.  There will be a small separate form for anyone wanting to vary their firearm certificate Other benefits to be introduced include the removal of the requirement for a professionally-qualified countersignatory. This means applicants will no longer need to approach a person such as an MP or Doctor to sign their shotgun certificate but will be able to use a suitable person who has known them for over two years, and who is not a family member, Registered Firearms Dealer or police employee. Ammunition requirements have also been simplified; under the new system it will no longer be mandatory to declare how much ammunition can be bought, only how much can be possessed. Along with the new single form there will be an “equality information” page. This is not a compulsory form and need only be completed if the applicant wishes to. BASC’s senior firearms officer Mike Eveleigh said: “BASC has worked with the police and Home Office for over eight years in an attempt to simplify and refine the forms and while they are not perfect in our eyes, they are a great improvement over the previous forms. They are a genuine attempt to simplify the process and we would like to thank all the BASC members who voted and helped with the development.”

A police bid for increased fees for firearms licensing must be fair and must be matched by improved efficiency and consistent service delivery, according to BASC.

87% of responses to a Scottish Government consultation on plans to license airguns have rejected the idea, according to an independent analysis published today.