Supporting gamekeepers in their hour of need 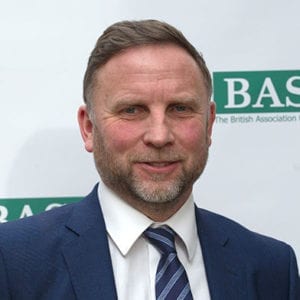 A gamekeeper and deer manager for 30 years with a degree in business management. In 2008, Steve joined BASC as a regional director before being promoted to executive director of shooting and operations. In his spare time, Steve is a keen game shot and deer stalker.

How many of us rely on the efforts of the small army of ‘Custodians of the Countryside’ for our sport? Ex-keeper Steve Bloomfield investigates… 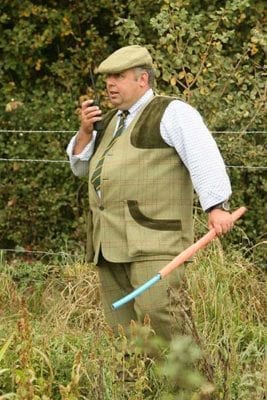 The crematorium was full, many familiar faces taking their seats. Representatives from all rural organisations like the NGO and the Gamekeepers Welfare Trust.

The crematorium sits just on the boundary of my old shoot. I have probably been to more funerals here over the years than I would wish. Usually it’s saying goodbye to old friends who had a wonderful sporting life but had drawn their last peg. Celebration of a life well lived and happy.

The mood here was different, though. A keeper friend the same age as me had, in a moment of desperation, taken his own life and with it sent shock waves throughout the entire sporting community he had built around him. Sadly, this is not an isolated case.

There are many who envy the life of a gamekeeper; the woodland and fields are their office and a life earning a living doing something you enjoy is something we all aspire to. A generation ago keepers invariably had a secure life style. ‘Cradle to grave’ meant the opportunity to live and work on the same estate before retiring into an estate cottage, doing part-time work, often picking up and loading while remaining part of the whole social network. It’s a vision I had when I began my career at the age of sixteen – how times have changed.

The Gamekeepers Welfare Trust (GWT) was first formed at the end of the 18th century to cater for gamekeepers who were killed, wounded or incapacitated by poachers. The GWT is now a modern charity providing a range of services for gamekeepers, stalkers and ghillies that reflect the changing nature of the job. Funding from the Trust now comes from many sources, and increasingly from the activities of gamekeepers themselves. 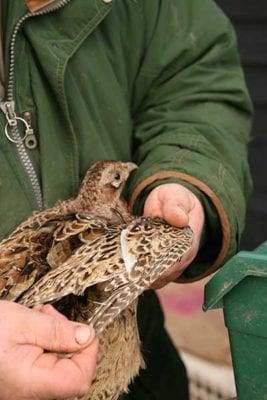 Although many established shoots have retirement and welfare plans in place, there are now others operating on short to medium-term leases, with the inevitable lack of employee security as each lease renewal looms.

But it is not only retirement that worries keepers and their families. Redundancy or unfair dismissal when leases expire, or age starts to become an issue, is another concern. Gamekeeping is often seen in some quarters as a younger man’s profession. Injury and illness at any stage in life which could render a keeper unfit to work could be the end of their career. Of course, much of this applies to other professions but the difference is that gamekeeping is not just a job; it is a whole way of life that involves support and effort from the whole family. When something goes wrong, it is the family who also suffer.

As times have changed so has the keepers’ role, creating pressures outside their control. High investment often results in high stakes. Keepers are increasingly being judged on their performance during the last season rather than on the bigger picture. It was accepted that less than productive seasons usually had a reason and so the keeper was allowed time to make improvements for the following season. Job insecurity for whatever reason will drive anyone to despair but more so in the keepers’ world where everything including the family home can be plucked away in a moment.

When issues arise the idyllic lifestyle of working alone in the solitude of the woods, hills and fields can soon become isolating, leading to its own issues with keepers often reluctant to seek help or having someone to turn to.

The future, however, is not bleak. The Gamekeepers’ Welfare Trust is just a phone call away and exists to help keepers and their families cope with difficult times providing support and advice. If you are a keeper reading this, please don’t feel you are alone! If you are worried about anything pick up the phone and call this confidential number 0300 1233088. Should the line be busy, leave your first name and a number and someone will call back.

Help keep this valuable lifeline open and support the Trust!

All of us who shoot, without exception, should do something to strengthen the GWT’s ability to help our keepers, ghillies and stalkers in times of need and hardship. Perhaps we are guilty of taking the work of the keeper for granted; having had a great season, we turn to summer sport and look forward to the next, forgetting to think about the families who make that sport possible.

If you would like to donate or direct your fundraising efforts to the GWT please phone 01677 470180 and speak to Helen.

Where would we all be without our Custodians of the Countryside?

Shooting and countryside organisations came together at the Game Fair to officially launch 2020 Year of the Gamekeeper – an initiative to support, raise the profile of and ensure the future of the Gamekeepers’ Welfare Trust (GWT).

The Year of the Gamekeeper project seeks to raise £220,000 by the end of next year, through empowering every gamekeeper and member of the shooting community to do one thing in 2020 to raise funds for the GWT.

A gamekeeper and deer manager for 30 years with a degree in business management. In 2008, Steve joined BASC as a regional director before being promoted to executive director of shooting and operations. In his spare time, Steve is a keen game shot and deer stalker.