Stand together against the anti-shooting bullies 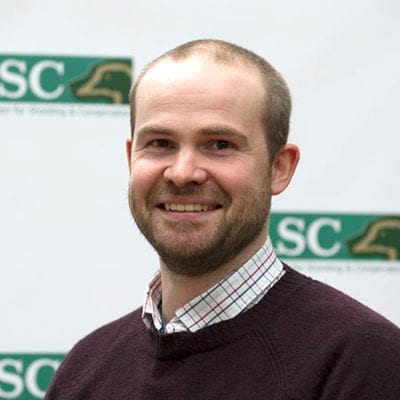 BASC’s Director of England and director of the South East regional office.

In the last few days we have seen Reading University – a centre for agricultural research – cancel the pheasant shooting lease on its Hall Farm site following pressure from the League Against Cruel Sports (LACS) and other anti-shooting extremists.

BASC submitted a wealth of evidence in support of continued shooting on the site, citing the environmental, economic and social wellbeing benefits that shooting provides. We also submitted a critique of the LACS campaign statements, none of which were backed up with any evidence.

Despite all this, the review panel set up by the university has decided to terminate the shoot lease at the end of this season but says its decision is purely a commercial one; it says it has taken no view on shooting.

The effectiveness of the antis’ argument is summarised by a line in the university’s review which says the “risk of reputational damage was considered disproportionate to the financial benefit”. Animal rights extremists do not care for the scientific evidence, they simply use threats of disruption and protests to reach their end goal.

It is not hard to see Reading’s view. The Hall Farm shoot was a small syndicate. In the long run, it was easier for the university to cancel the lease and avoid facing a continual barrage of abuse that could eventually lead to reputational damage.

BASC would argue that, as a research institute, it should be the university’s responsibility to bypass the fake news and instead research the environmental, economic and social impacts of the shoot themselves.

But given the similar attacks our community is facing from extremists, I do question if the shooting community is fast becoming a minority group against whom it is acceptable to hold an open prejudice? It certainly feels that way at times – and the basis for this prejudice is seated in a severe lack of understanding.

Attacks on other minority groups would be met with condemnation. But it appears that those who shoot are fair game. These attacks have a real impact – loss of business, loss of employment, loss of income, loss of opportunity for socialising and loss of opportunity to participate in a legal past-time. Wider implications for loss of biodiversity should also be considered.

Reading University isn’t alone in folding to extremist pressure. You only have to look at the recent example in Wales to see that pressure from anti-shooting extremists can even instigate government-level prejudice against the shooting community. Despite significant evidence to support the case for shooting on government land, and recommendations from the government review panel in support of shooting leases, the prejudice of the then minister over-rode scientific evidence. BASC’s application for judicial review of the decision was thrown out on a technicality.

More recently, we saw open prejudice from Liverpool City Council and its mayor, Joe Anderson, who branded us all “barbaric”. I wonder whether the general public would accept that accusation being levied at any other minority group?

But the levels of extremist nonsense are becoming seemingly ever more farcical in their ideological narrative. Would you believe that anti-shooting and vegan extremists planned a protest against members of the shooting community coming together to enjoy a meal? I kid you not. Derby Hunt Sabs, Derby Vegan group and others led a protest at game dinner hosted by BASC. I am certain the public viewed their actions as ludicrous; no bad thing in turning public opinion against those who seek to impose their ideological narrative on others.

But it is all too easy for anti-shooting extremists to throw a metaphorical hand grenade at the shooting community and walk away. They aren’t condemned for false accusations, threats made or the resulting wider impacts when the environment, economy and individual wellbeing are the casualties of their attacks.

Look at Chris Packham et al with the general licence challenge. When public opinion swayed against them because their actions prevented control of crows who were pecking out the eyes and tongues of new-born lambs, their response was simply “that wasn’t our intention”. I am afraid that is a bit like throwing a stone at a window and claiming no responsibility for the broken glass.

Make no mistake, shooting organisations are scanning the horizon and trying to pre-empt these threats to our community. The difficulty is that the attack could come from anywhere – Wild Justice making judicial review threats, LACS campaigning against institutions to ban shooting, hunt sabs turning up to disrupt shoots, and the direct targeting of individuals and businesses online with abuse and threats.

The extremists know that these individual attacks won’t end or ban shooting, but they do seek to tie up resources in one direction so that they can attack on a different front. The aim is to stop shooting wherever they can.

We are a community, and everyone can do their bit to help minimise the impact of anti-shooting extremism:

Maybe if we all do our bit as individuals, we will turn the tables on the anti-shooting extremists and steer public opinion against their ‘any cost’ pursuit of ideology. Now there’s an idea.