– BASC calls for shooting’s contribution to be recognised and supported

Shooting is worth £28 million a year (Gross Value Added*) to the economy in Northern Ireland and provides significant conservation benefits according to the results of independent research released today by leading shooting and countryside organisations.

The figures are outlined in a new report – The Value of Shooting – conducted by Cambridge-based Public and Corporate Economic Consultants (PACEC). It is the most comprehensive research into the economic, environmental and social contributions of shooting ever undertaken in the UK.

The Value of Shooting reveals that shooting supports the equivalent of 770 full-time jobs in the Province. Shooting influences the management of around 69,000 hectares of land and at least 9,800 people in Northern Ireland shoot live quarry, clay pigeons or targets.

In addition, the amount of conservation work provided by people who shoot in Northern Ireland amounts to the equivalent of 67 full-time conservation jobs.

The figures form part of an overall picture which shows that shooting is worth £2 billion a year (Gross Value Added) to the UK economy and supports the equivalent of 74,000 full-time jobs.

People who shoot spend £2.5 billion each year on goods and services, bringing income into rural areas, particularly in the low-season for tourism. The research shows that an established shoot generates local economic benefits for businesses in a radius of up to fifteen miles.

The figures show that the amount spent on shooting (£2.5bn) equals almost 10% of the total amount spent on outdoor recreation in a year, which has been measured at £27bn by the Sport and Recreation Alliance**.

In the UK, shooting is involved in the management of two-thirds of the rural land area. Almost two million hectares are actively managed for conservation as a result of shooting. Nearly £250 million a year is spent on conservation and habitat management which benefits a wide range of wildlife. People who shoot put in 3.9 million work days on conservation every year – the equivalent of 16,000 full-time conservation jobs.

With shooting’s contribution to the UK clearly defined, the UK’s largest shooting organisation, the British Association for Shooting and Conservation (BASC), has called for shooting’s contribution to be recognised by policy makers and politicians and for it to be enhanced with supportive polices; greater links to business, tourism, environmental and sporting programmes and by the removal of poor regulation and unnecessary red tape.

Tommy Mayne, Director BASC Northern Ireland, said: “These figures show that shooting is good for the economy, good for jobs and good for the countryside – and we’re good at it as Olympic gold medals show. The contribution of shooting to the UK is clear. This should be recognised and greater effort should be made to ensure the good which shooting does is supported and encouraged with support from existing programmes and policies designed to promote business development, tourism, conservation and competitive sport. Effort should also be made to ensure shooting and all it encompasses are enhanced by better regulation and not restricted by unnecessary red-tape.”

BASC is calling for sensible policies and enhanced support in the following areas:

Business and skills:
Improved links with training and business development programmes such as those run by the Department for Business, Innovation and Skills. This could include support for land-based colleges and organisations involved in business development and skills training. This will help promote growth. Shooting benefits tourism and local economies. There is potential to improve this contribution through better links to Local Enterprise Partnerships, which connect local authorities and businesses, and other training, tourism and rural development budgets. The success which can be achieved by linking local shooting-related businesses into wider programmes has already been achieved and demonstrated in the South West of England (Country Sports South West) and in Scotland (The Scottish Country Sports Tourism Group). Demand for game meat has never been higher and there is room for local business to grow with more support for training and development throughout the game supply chain.

Conservation:
Shooting delivers local and landscape-scale conservation projects through initiatives such as BASC’s Green Shoots Programme. This helps to improve the environment and should be supported through greater recognition of the roles shooting can play in improving biodiversity, through existing funding programmes and through skills development.

Better regulation:
Regulations allowing crop protection, which helps enhance food security, should be simplified. In England, someone shooting pigeons to protect crops currently needs to have read and understood several pages of legally-binding text. The necessary regulation could be reduced to a single sheet of paper. A common-sense approach to firearms licensing based on modern risk management could simplify administration, reduce costs and improve public safety. This could include a ten-year life for shotgun and firearm certificates, instead of the current five years. Public safety should be enhanced by better use of police crime-reporting databases. Police forces administering firearms licensing should be encouraged to continue development of e-commerce and online payments in order to reduce costs. This will help to improve public safety and support the continued development of shooting.

Competitive Sport and Training:
Better support and training for athletes in target shooting disciplines from grass-roots to international level would improve well-being by encouraging involvement and success in sport.

To view the Value of Shooting report, click here.

*Gross Value Added (GVA): The standard monetary measure of the value of economic activity. Equal to the sum of employment costs plus profits. Equivalent to the value of goods and services produced minus the inputs (raw materials, services etc) required to produce them.

The study has benefited greatly from the co-operation of all of the partner organisations:

We are also grateful to the Association of Professional Shooting Instructors and the United Kingdom Practical Shooting Association for providing data and distributing online survey invitations. 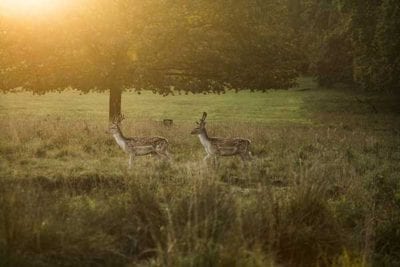