Shooting under the Moon 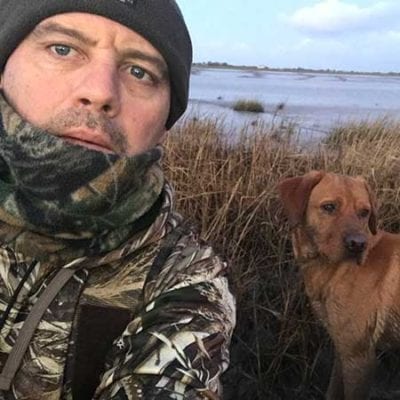 Shane has been wildfowling for over three decades and has been involved in country sports throughout his life. When he’s not out on the marsh chasing geese he will be loading, picking up or competing in gundog events with his trusty Labrador Stan, (named after Stanley Duncan incidentally).

There’s always something magical and mysterious about shooting under a moon. Success is dependent on many things; birds, wind and cloud cover is key! It’s like a recipe – just the right amount of cloud cover to allow you to pick up the birds, a dash of wind to keep the birds down, but not too much wind so the clouds don’t move.

My first proper moon flight was a long time ago, north of the border. I was on my own for a trip having taken few days leave and hadn’t even given the moon phase a thought. I was told there was an abundance of geese by a friend, so I literally just jumped in the truck and headed up north! It wasn’t until I was half way up the M5 that I noticed the giant silver ball glistening in the sky. This could kill or cure all the plans for the next few days I thought.

Seven hours after leaving Somerset I was in a layby letting the dog out and listening for any movement. It was very quiet indeed. For those who don’t know, geese normally roost on estuaries at night and fly out to feed in the mornings. But when the moon is up, they return to feeding grounds at night as well, thus truly throwing a spanner in the works of your finely tuned wild goose chase. Still, no sound apart from the odd shelduck.

I was convinced the geese were still out feeding on the fields, but I hoped I could suss out their movements for later. Sure enough, as dawn approached the geese started trickling back out to the sand-functioning completely opposite to the norm. With my intel gathered, I headed to the caravan to catch up on some sleep

Having never done a moon flight on my own before I was a little apprehensive. I knew the marsh well enough and the tides weren’t of any concern as I was going to be right at the back of the bay hoping to catch them hedge hopping. It was the pitch-black walk through some ropy old woods past a ‘Hansel and Gretel’ cottage containing a weird old bird who wasn’t overly friendly to non-locals shall we say, that made me feel uneasy. She reminded me of the wicked witch, but thankfully no flying monkeys were present tonight. Although, the thought of them certainly helped me and the hound scoot through those woods and past the cottage at pace!

I weaved through the gorse bushes and picked a spot where I had reasonable viewing. Breaking out the flask, it was a case of sitting it out and waiting for the moon to rise fully to find out when the geese would leave. It was a clear night to start which wasn’t ideal, but the clouds building in the far distance made me hopeful.

As the moon rose high in the sky you could hear the geese getting restless as they were pushed in by the incoming tide. Illuminated just ahead was a big black mass that began to grow louder and louder. You really can’t beat the sound of pink-footed geese as they take to the wing en-mass. It’s like a freight train coming across the sand straight at you.

A small prayer to the goose god was all that was needed to seal the deal, or so I thought. The first few skeins were well out to the right and I was about to run that way when the next one went out to my left in a different direction heading to a different ground. “Oh, blast”, I said, or words to that effect. So much for the goose god prayer. These geese were everywhere except over me.

Thankfully one bunch changed its mind and came straight towards me. Two shots later and one bird fell away into the dark. The dog was off like a rocket, returning a few seconds later with a much prized and very welcome pink-footed goose.

I was absolutely over the moon (pardon the pun) to have gone out and it all have paid off. A goose in the bag on my first flight out had taken the pressure off and cheered me up massively. My only concern now was getting past the wicked witch of the West and making it safely back to the caravan!