I got into game shooting largely by accident – or should that be by luck? I had never fired a shotgun in my life before I visited a local outdoor activity centre on my 13th birthday. Although I had used airguns before, this was something very different, and I was surprised to find I wasn’t too bad at it. Of 30 clays, I shot 18! I went back a few times, but the facilities were a bit limited, and besides, on the internet and through magazines I could see people shooting pheasants and partridges and other game, and that appealed to me. But how do I get into it?

Things only started to happen when, by chance, a retired couple moved in next door. The husband had been a land agent, and was mad keen on shooting. He took me along while he decoyed woodpigeon during the summer and then, later in the year, arranged for me to attend a small family shoot to see what it was all about. I was hooked! At about the same time, in another stroke of luck, my mum was in a queue at the supermarket when she overheard a couple of women talking about beating on a new commercial shoot that had just started up. She asked them about it, took down the keeper’s details, and a few weeks later I was in the beater’s line. I went beating quite regularly after that, and at the end of the season was allowed to shoot for the first time, using someone else’s gun and under close supervision.

A shotgun certificate and my own gun soon followed, and I was lucky that my dad and elder brother were also keen to try shooting, so I had plenty of encouragement. We needed insurance, and so we joined BASC. That was also fortunate, as through BASC I discovered the Young Shots programme, which gave me the chance to shoot game at Glenample in Perthshire. Hopefully there will be more opportunities to come! As you will have seen, my path into game shooting was not straightforward. I had to rely on luck. Some youngsters looking into game shooting, however, can go on a BASC Young Shots introductory day. These are brilliant for people who are looking into other types of shooting after trying clays. At the beginning of January this year, I attended the Young Shots Game Day near Penrith, run by BASC North. This was a good opportunity for prospective game shots to find out what it is all about. To start off with, all 20 were given a talk from the NGO about game seasons and the keeper’s year, then they were split into groups of ten, with one group learning about picking up, while the others shot simulated game flushes with mentors. After lunch, they were again split up, with the first group shooting a drive while the second beat. This was then repeated. So, everyone got a taste of game shooting, and many shot their first birds too! If you fancy going to a similar Young Shots event, you’ll be able to find one near you here: http://basc.org.uk/youngshots/young-shots-events/

I suspect most young people who try clay shooting at an outdoor activity centre, or a country fair, never get further than that. But it’s really important for the future of the sport to widen participation, and make game shooting an activity open to everyone. With BASC on the case, getting into shooting shouldn’t be just a matter of luck. 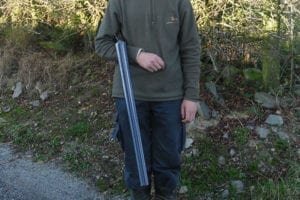 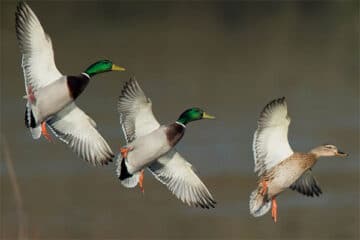