Scout and about
with BASC 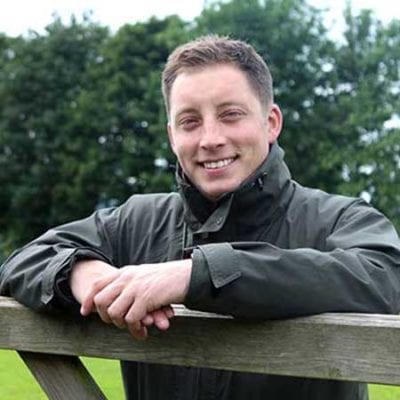 Head of pathways to shooting. Curtis grew up in the Lake District and has over 25 years’ experience shooting. Starting out as a gamekeeper on a mixed sporting estate in Perthshire, he later moved to Sparsholt college to teach game and wildlife management courses before becoming a senior lecturer at Newton Rigg College in Cumbria.

Curtis Mossop shines a light on the BASC and Kids Country Cubs and Scouts event as a fine example of our work to bring the countryside to tens of thousands of children every year.

No experience without opportunity

Many of us can stare back into the fuzzy haze of our memories, back to a time in our childhood where we can vividly remember our first shot with an air rifle, plucking our first bird, or poking around in the mud looking for footprints. However, this kind of upbringing isn’t something which every young person can relate to today.

On average, children now spend around 40 hours per week looking at a screen of some kind. In stark contrast, only 70 minutes per week, on average, is spent playing outdoors or being connected with nature.

Providing youngsters an opportunity to experience the countryside, and the activities which go on within it, is exactly the type of work BASC is committed to.

Fast-forward to the East of England showground at end of March where 120 Cubs and Scouts descended on a BASC and Kids Country activity event. There are few things more heart-warming than the beaming smiles and audible excitement of children; something this day had in bucket-loads.

The day say Cub and Scout groups coming from Cambridgeshire, Lincolnshire and Northamptonshire. They day was essentially a bespoke activity event which developed the knowledge and skills required for the cubs and scouts to work toward badges such as the Master at Arms, Naturalist, Backwoods Cooking and Fire Safety.

BASC and Kids Country are perfectly placed to deliver an event like this and laid on airgun shooting, bushcraft and fire starting, wood pigeon preparation, and an animal tracks and signs nature trail.

It was interesting to observe some raised eyebrows at first from the children at the prospect of plucking a woodpigeon, but the feathers soon began to fly. By the end of the day there was a sea of feathers, as if a very enthusiastic sparrowhawk had been present!

Its vitally important for BASC to demonstrate transparency to the children and adults present whilst undertaking this sort of outreach activity.

The back-story of why the pigeons were shot, including the economic impact of high woodpigeon densities and the general licences, was explained in-depth so that the youngsters could make their own informed decisions, and ultimately, settle where their moral compass pointed.

After plucking and dressing the birds, the cubs and scouts had the opportunity to eat the very woodpigeons which they had prepared. With comments like “it’s a 9 out of 10” and “I loved it”, it was clear they had enjoyed their first taste of woodpigeon.

Also getting stuck in with plucking pigeons was MP for Rutland and Melton, Alicia Kearns. Alicia spoke after the event of how much she’d enjoyed seeing the children learning about conserving the countryside and how to prepare and cook game, saying: “It is vital such skills are maintained, particularly amongst our young people.”

During 2022, BASC is celebrating and promoting all of our work in engaging children and young people through our #BASCtoSchool campaign.

BASC to School demonstrates the depth and breadth of the outreach work our teams carry out the country every year. With major events such as the Poacher Jamboree and Let’s Learn Moor in our calendar this year, BASC will interact with well over 25,000 youngsters throughout the course of the campaign.

If you’re looking for entertainment in the shorter-term with the Easter break soon upon us, check out BASC’s activity area which is full of fun and educational material to keep kids busy in the holidays.

Find out more about BASC to School here