Science, cats and the importance of context Last week’s belated publication of the papers presented at the 2014 Oxford Lead Symposium saw claims that up to 100,000 wildfowl die each year in the UK due to lead poisoning. In actual fact, estimates posited that between 50,000 and 100,000 waterfowl could be affected and the report itself says that “more precise estimates cannot readily be made.”

The estimates themselves are based on extrapolation and are not supported by hard evidence. And, despite the worst estimate, there is no evidence of an impact at a population scale.

But, these claims got me thinking about context, and whether lack of context is another symptom of the White Hat Bias that is an ever present threat to evidence-driven policy making.

With this is mind I took a look at the RSPB’s website, which addresses the question of whether cats are causing declines in the bird population.

“The most recent figures are from the Mammal Society, which estimates that the UK’s cats catch up to 275 million prey items a year, of which 55 million are birds. This is the number of prey items that were known to have been caught; we don’t know how many more the cats caught, but didn’t bring home, or how many escaped but subsequently died.

“Despite the large numbers of birds killed, there is no scientific evidence that predation by cats in gardens is having any impact on bird populations UK-wide. This may be surprising, but many millions of birds die naturally every year, mainly through starvation, disease, or other forms of predation. There is evidence that cats tend to take weak or sickly birds.

“We also know that of the millions of baby birds hatched each year, most will die before they reach breeding age. This is also quite natural, and each pair needs only to rear two young that survive to breeding age to replace themselves and maintain the population.”

I’m not suggesting for one moment that cats should be banned, but perhaps on reading this some campaigners will be.

Government has already acted to address the risks from lead ammunition to wildfowl by introducing the lead shot regulations. There is no new data to support a more widespread restriction on the use of lead shot.

BASC’s position remains the same; no sound evidence, no change.

Following intervention from BASC, Defra has included scientific research as a licensable aspect of the new burning regulations in England. 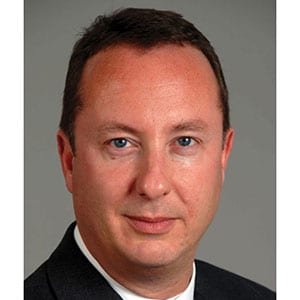 New Year’s Message from the Chairman of BASC

2016 has been a challenging year for your association but despite this there were significant achievements and we look forward to building on these in 2017. I would like to thank you for your continued support and making this possible.