A GROUP of leading rural organisations has issued a new joint declaration as a clear signal of their intent to see the end of raptor persecution.

The British Association for Shooting and Conservation (BASC), Countryside Alliance (CA), Moorland Association (MA), National Gamekeepers’ Organisation (NGO) and the Country Land and Business Association (CLA) have outlined a number of key actions they believe can help tackle the illegal killing of birds of prey.

The declaration recommends that all shooting leases, contracts and other documents include clauses affirming the laws against the persecution of raptors. It also outlines the launch of training initiatives and a sector-wide awareness campaign.

The organisations – which represent shooting, gamekeepers and landowners – have unreservedly condemned raptor persecution and called for their community to have a ‘zero tolerance’ approach to such crimes.

A spokesperson for the organisations said: “This joint statement and the actions it outlines should be seen as a clear signal of intent by those involved in shooting to end the scourge of raptor persecution.

“There has been significant progress in recent years, but more needs to be done if the illegal killing of raptors is to be eradicated. The joint signatories have agreed this statement to lay out in the clearest terms possible the position we need to get to and the actions that will help us get there.

“Shooting is responsible for amazing conservation work and keeps people in jobs in fragile rural communities, but the continued illegal killing of birds of prey threatens its very future and that would be a disaster for our countryside, its biodiversity and our economy.

“It falls on all of us, individuals and organisations, to ensure we encourage attitudes and actions that make the illegal killing of birds of prey a thing of the past. There must be no hiding place for behaviour that categorically risks destroying the very things we claim so vociferously to protect.” 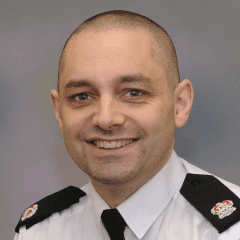 Superintendent Nick Lyall, chair of the Raptor Persecution Priority Delivery Group (RPPDG), said: “I have said since my first day as chair of the RPPDG that the only way we would successfully end raptor persecution was through a fully-engaged partnership approach.

“I have worked tirelessly with key shooting and land management partners to develop a strong and trusting relationship and so I am delighted with the strong words being used in this joint statement.

“I look forward to continuing to work with all RPPDG members to continue to develop the strong partnership, focused entirely on ending raptor persecution through prevention, intelligence and enforcement activities.”