RSPB must give shooting due credit if dialogue is to succeed 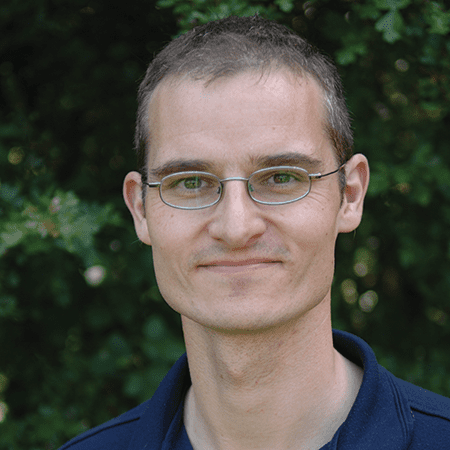 Ian Danby, BASC’s head of biodiversity, considers the RSPB’s announcement of its year-long review of shooting.

At last year’s AGM, the RSPB said it would review its policy on shooting and today it announced its verdict.

Their response to the review marks a substantial shift, to a much more aggressive set of ‘conservation’ policies, with actions and deadlines for shooting which it says will lead to them calling for bans or greater regulation if not met.

The RSPB says they are redoubling their efforts for licensing for driven grouse shoots in the hope they can be held accountable to environmental standards or loose the right to operate. The charity also says it wants to stop the illegal persecution of birds of prey in and around land associated with grouse shooting, the use of lead ammunition and the management practice of burning.  If this fails, when they review their policy in 2025, they’ll call for a ban on driven grouse shooting.

BASC has a clear position that we are opposed to shoot licencing because we believe shooting is already regulated appropriately and to go further than that would represent a disproportionate burden to shoots. There is also no evidence it would work.

But in many other ways, BASC and other responsible rural organisations may not be too far away from what the RSPB wants to see.

We work hard with police and government – as well as the shooting community – as we all strive to bring it to an end. And we have seen some success. We’ve had a record-breaking year of breeding hen harriers across England and significant increases in breeding birds of prey in the Peak District. Positive progress is being made.

With regard to lead shot, at the beginning of 2020, BASC and other shooting organisations called for a voluntary transition away from lead shot and plastic wads for live quarry shooting. We have allowed five years for this transition.

We have seen encouraging progress already, especially from cartridge manufactures, and we have witnessed positive engagement from shooters, some of whom have been asked to grapple with a fundamental change to the way they shoot.

We don’t agree with the RSPB on burning. Our reading of the evidence is that cool burning (that which leaves the underlying peat unburnt), complying with the government’s Heather and Grass Burning Code, gives many benefits to biodiversity – including supporting the red grouse that make the uplands their home-  while not carrying the risks to water quality, flooding and carbon emissions so often attached to out of date burning practices.

There is clearly some work to do if we are to avoid an unproductive stalemate with the RSPB on this issue if they continue to call for an absolute end to burning.

The RSPB are concerned about the potential impacts from the numbers of pheasant and partridge released into the countryside each year.

They will push for further regulation for medium to large scale shoots (those releasing more than 3000 birds per year) unless a plan for substantial environmental improvements can be delivered within 18 months.

They cite that an evidence review part-funded by BASC and Natural England (as part of the ongoing Defra review into gamebird releasing and protected sites) found similar results to their review of the evidence conducted over the course of the last year.

The authors of the BASC-funded review (the Game and Wildlife Conservation Trust and University the Exeter) deduced that the benefits from woodland management, supplementary feeding and predator control left a predominantly positive mark on the landscape.

That supports BASC’s view that shooting overall is net positive for the environment.

The BASC and NE review did flag that ‘very large’ releases can have negative effects, but the evidence is that most of these are around the immediate area of release and can be largely mitigated by following best practice.

That best practice is outlined in the Code of Good Shooting Practice and also within the GWCT’s 12 Principles for Gamebird Management, which BASC fully endorse. Only this week, we were one of a number of organisations which asked Defra to provide government support for these principles, which can form a blueprint for sustainable shoot management.

The RSPB has said nothing of its plan outside their 18-month timescale. You will be sure BASC will be asking them for the detail in the weeks and months ahead.

We will tell the RSPB that it may secure greater engagement with the shooting community if it were to take a solution-orientated approach rather than announcing their time-window for change. But let’s not forget, in their statements today, the RSPB have said they want to work with BASC and others. We will take that offer at face value.

Of course, if the RSPB really wants to regain some good will and positive influence with the shooting world, they would do well to start formally recognising and celebrating where and how things are going right.

BASC has already made the point today that to not do so would continue to drive a wedge between the RSPB and rural Britain. Certain elements associated with the RSPB do and say things about shooting and our community that only entrench people further.

But we will meet again with the RSPB to establish common ground and consider how we can all move forward. It’s in all of our interests to have productive dialogue that recognises how sustainable, ethical shooting offers tangible environment and economic benefit.