Acclaimed wildlife artist DAVID SCOTT provides a fascinating insight into his work as a licensed bird ringer with the British Trust for Ornithology – a passion that takes him to shooting estates up and down the country.

For how long have you been ringing birds?

I have been ringing birds for 11 years now but I’ve been studying birds and finding nests all my life. I have also rehabilitated a vast array of birds over the years. This included a variety of birds, from goldcrests to ospreys. Many of them have fallen foul of vehicles, cats, windows, weather and the like. 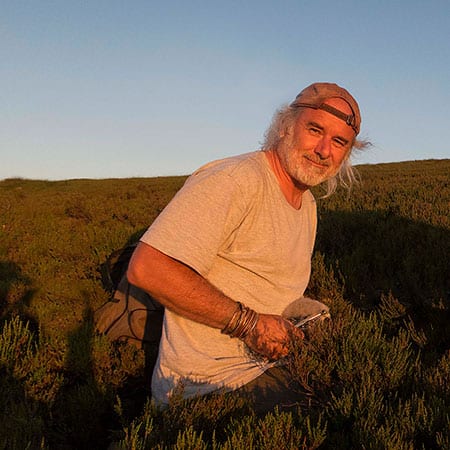 What does bird ringing entail and how is the data used?

The work we do for the British Trust for Ornithology (BTO) is the ultimate in citizen science, and it is all self-funded. In my opinion, the BTO is one of the most important bird charities in the world.

We employ several methods when ringing birds. These include locating nests with eggs or chicks in them, mist netting, and trapping. The work is carried out in suitable locations and under licence for the more sensitive species. 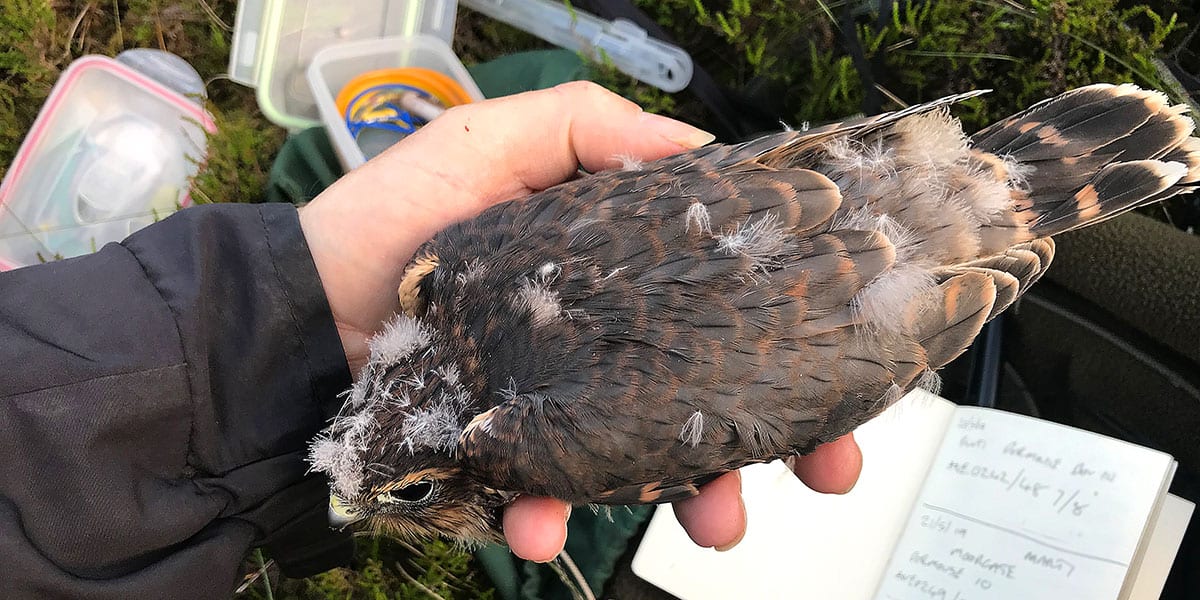 The raw data we collect is uploaded to the main BTO database. Then, people much cleverer than me crunch the numbers and turn them into something meaningful. It might, for example, be used to work out if migratory birds are arriving in or leaving the UK earlier or later, or what the average clutch size of a grasshopper warbler is.

For long-term trends, data that has been collated over many years is required. A lot of it is collected from ‘constant effort’ sites or colour-ringing programmes. Sadly, the BTO is grossly underfunded for such vital and crucial work on the state of our nation’s birds. I would urge people or organisations to join or donate to the charity to support such work.

One of the most amazing projects of late has been a cuckoo tagging project. It has provided a fascinating insight into the species’ migration. No one knew that cuckoos overwinter in the Congo basin until the BTO project was put into action. The most recent cuckoo tagging in Mongolia – a joint project between the BTO and local scientists – has logged the longest migration ever recorded by a land bird: a staggering 7,500 miles travelled from southern Africa to breed in Mongolia!

What do you enjoy most about ringing birds?

The work we do helps to safeguard bird habitats, flags up problems in species numbers or diseases, logs breeding success/failure, and furthers our knowledge of migration and movements. For me, there is no particular aspect that is most enjoyable or satisfying. It is extremely rewarding just to know that the huge amounts of time and effort we as ringers invest on a yearly basis to collect data translate to these things. That said, it’s always nice to catch an old friend on one of the constant effort sites, like the seven-year-old blue tit in my garden or the six-year-old male kingfisher I have on a local river.

Your work with the BTO takes you to a range of habitat types. Tell us about the moorland areas you frequent. Are these moors managed for grouse shooting?

My main moorland study areas are my home turf of Dartmoor, and moors in Northumberland and Cumbria.

My study area on Dartmoor is not managed for shooting or for birds. It saddens me to see the lack of species we now have here. There is one pair of curlew and fewer than half a dozen lapwing. Predation levels are very high all over the moor. To give you an example of the knock-on effects, we had 25 whinchat nests in a study area last year. Only two reached fledging stage. The last six cuckoos we have found in meadow pipit nests have all been predated by foxes at pre-fledging stage.

The main culprits on our study site are foxes, crows and mustelids. Predation isn’t the only problem, though. The whole management system is geared around people and access. This puts everything – including archaeology – above wildlife. We are still lucky enough to have the most southerly breeding area for dunlin but this is only because it is a boggy, remote area with little disturbance. The ring ouzel population now stands at a paltry two pairs and merlins have long since vanished along with golden plover, oystercatchers, etc. 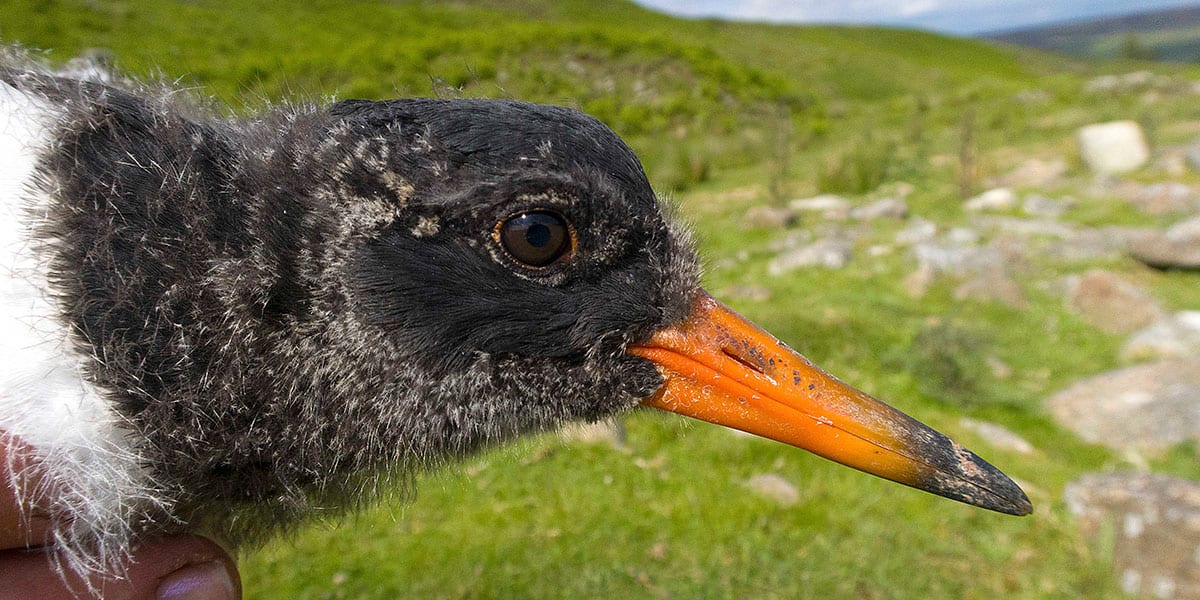 I remember the first time I set foot on a managed moor. I was instantly blown away by the cacophony of birdsong. On the first trips out looking for nests I was like a kid in a sweetshop as literally every few metres one of us would find another clutch of eggs.

In stark contrast to those back at home on Dartmoor, in the areas we study up north we have negligible losses on most of our nests and the subsequent chick survival rates are amazing. Obviously the weather takes its toll no matter where you are, and its impact on breeding success in any given year is often a roll of the dice.

And your work involves ringing birds of prey? What do the areas that offer the most to birds of prey have in common?

Bird of prey populations as we know are driven by prey abundance and, more importantly, overwintering success.

A healthy, managed moorland provides the voles and small birds that they need. However, more important, in my opinion, is the sanctuary of low public disturbance in breeding areas. This enables birds of prey to get on with breeding without constant risk of being flushed off eggs or small chicks at crucial times. Indeed, an ill-timed picnic taken by a member of the public in a bird’s territory can be the difference between success and failure. This is also true of nervous waders like curlews that will come off a nest from half a mile away at the sound of their partner’s alarm. 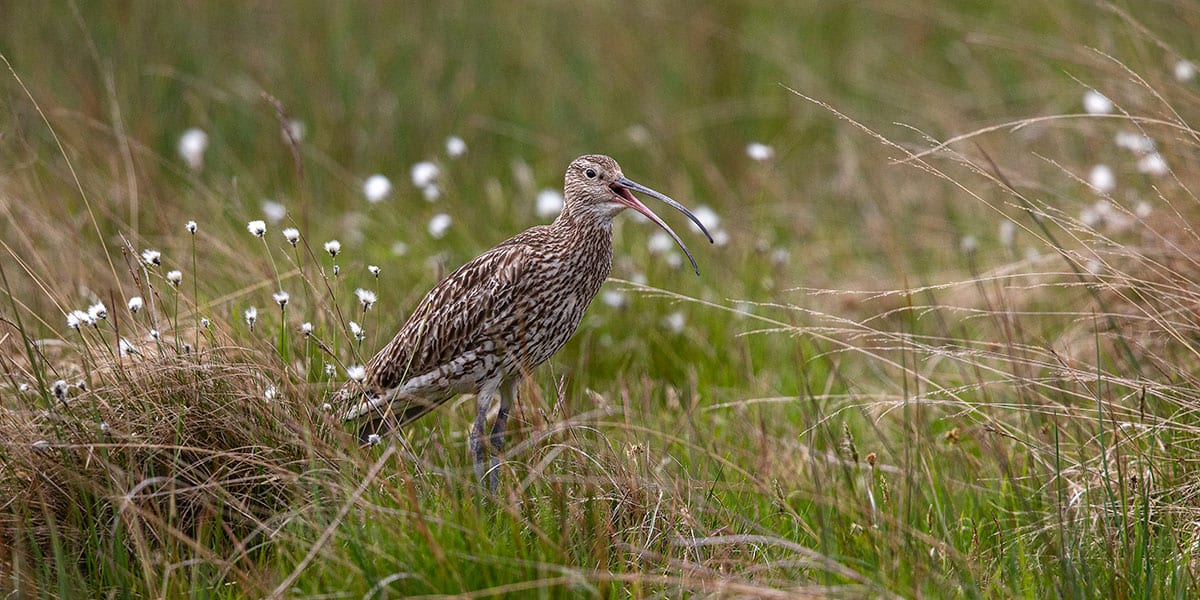 In addition to the above, a mosaic of properly managed heather provides habitats of long heather for harriers through to medium-length areas for merlins, and rush beds for species like short-eared owls.

Have you seen any notable trends in recent years relating to the success of a particular species?

Population trends are very hard to ascertain until you have at least ten years of solid data. And a lot of factors must be considered before it is possible to arrive at any conclusions.

That said, in my experience of ringing merlins on the fells, we have yet to lose a nest to predation and all of the chicks have fledged successfully. This has surely got to be a good thing for a bird with a population that numbered less than a thousand pairs in the UK at the last count. Other nest recorders I know are currently having a disaster with their merlin populations – primarily due to predation.

Other species that we see regularly on our study sites include oystercatchers. Their population seems to be totally stable, with the same nests found year in year out. Perhaps more importantly, curlews also seem stable. On the managed moorland we visit, the weather is really the only factor standing between positive productivity and failure. 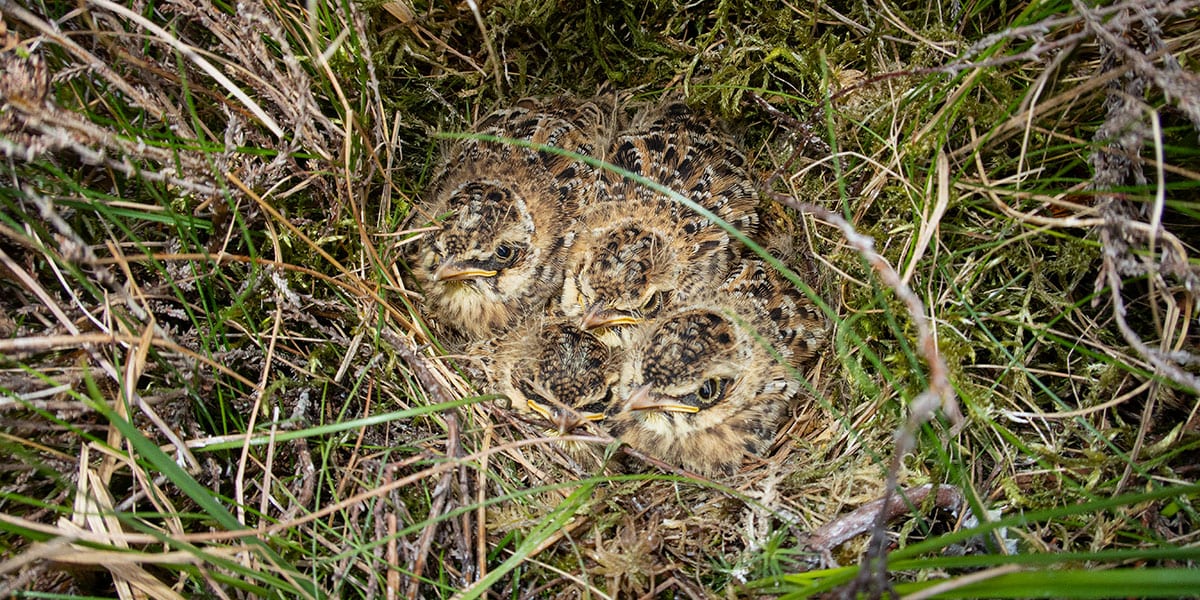 One of the most stark population increases we have seen is in pied flycatchers. At the estate’s behest, we have installed nest boxes in woodlands. In these areas we have seen a staggering 500 per cent increase over four years in breeding pairs coming back each year.

With so much focus on raptors, I think people tend to forget the building blocks at the bottom of the pyramid, which are the passerine species – all of which thrive in properly managed areas. Bird boxes are a simple addition to woodlands and I would urge all estate owners to embark on nest box programmes for woodland species like tits, flycatchers and redstarts, etc. The BTO has all the nest box designs you will ever need. It’s a great thing to get children involved with and an easy way to encourage our next generation of ornithologists.