Pine Martens – Back from the brink 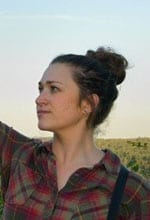 The presence of pine martens in England is a distant memory for many. They were once native to this country and a key part of the woodland ecosystems. The return of this predator, through planned reintroductions as well as its natural recovery, can understandably be cause for concern.

Understanding the ecology and legal protection of pine martens while being proactive with animal husbandry is a positive approach to coexisting with the species.

Pine martens (Martes martes) are members of the mustelid family. Larger than polecats and smaller than otters, they are skilled climbers. They den primarily in tree cavities and hard-to-reach places off the ground. This enables them to avoid their primary predator, the fox.

Pine martens are solitary and highly territorial, occupying territories between 2-30km2 in size. They tend to hunt at night and their primary food source is the field vole. In its absence, martens will predate most small animals including mice, shrews and cavity-nesting birds. When seasonally abundant, berries and insects also play an important role in their diet. 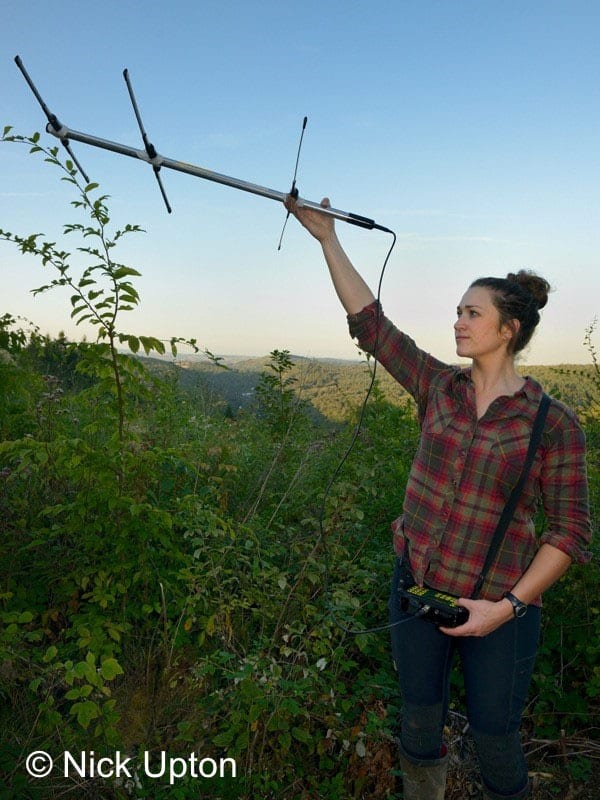 Following on from the successful reintroduction of pine martens into Wales by the Vincent Wildlife Trust (VWT) in 2015-2018, a study looking to reintroduce martens into south-west England began. Restoring a population in this region would support the expanding Welsh population and encourage species recovery in England.

This area was selected for release due to its extensive forestry cover, with ancient beech trees perfect for denning; felled and regenerating forest ideal for foraging; and well-connected patches of woodland throughout the county. This connectivity is enhanced by an extensive network of rivers, streams and valleys – some of the natural features pine martens will follow as they expand across the countryside.

The return of pine martens to their original range does mean many of us will have to consider our animal husbandry and pest and predator control practices. However, with a few small changes, we can once again live alongside this fascinating animal and greatly reduce the chance of any negative encounters. 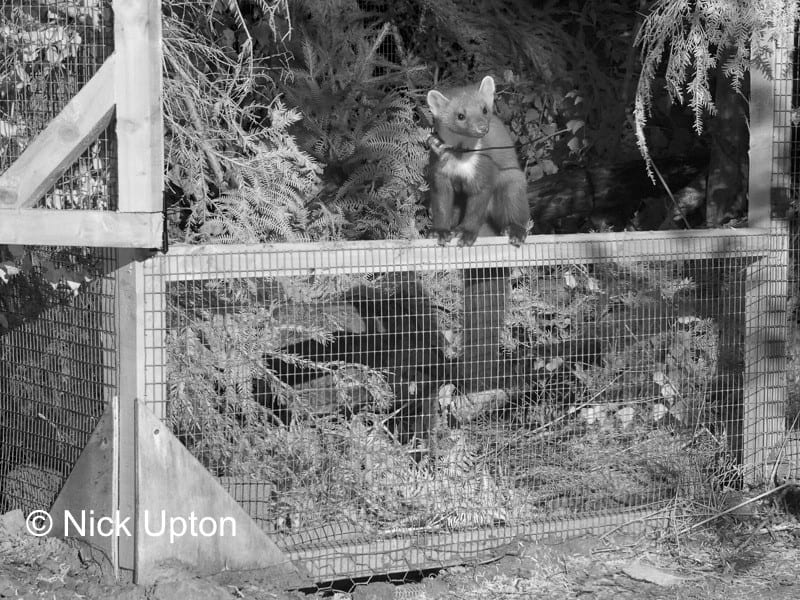 Pine martens are proficient climbers. Holes of 45mm diameter and larger are possible access points for pine martens into coops and pens. Hen house doors should also be closed and secured overnight.

This could have positive results for broadleaf growth and red squirrel recovery across the country. However, in regions where grey squirrel control is practised, methods must consider any risk of trapping pine martens. In such regions, kill traps including GoodnatureTM traps should be avoided. Drey-poking is also discouraged as martens will use grey squirrel dreys as den sites.

Live-capture traps should be favoured but checked twice-daily and covered well to provide shelter. During pine marten breeding season (March-June) traps should be shut down overnight to reduce the time that any trapped females are away from dependent young.

For more information on this project, visit the Gloucestershire Wildlife Trust website, pinemarten.ie or www.vwt.org.uk.