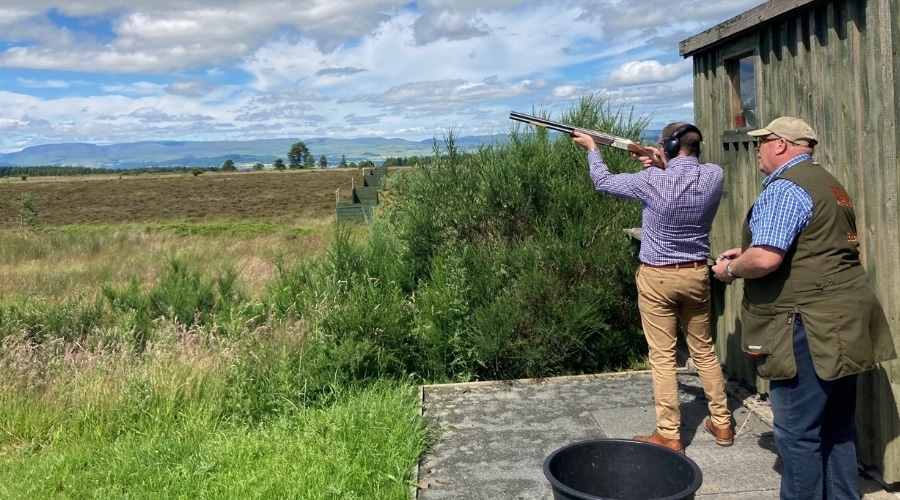 Jim Fairlie, newly-elected SNP MSP for Perthshire South and Kinross-shire, has voiced his support for a move to sustainable shotgun ammunition following a visit to a BASC event in Perthshire last week.

Dunkeld-based BASC is one of nine leading shooting and rural organisations committed to a voluntary transition away from lead shot and single-use plastics in game shooting by 2025.

The voluntary transition was announced in February 2020 on the back of increasing concerns about the impact of lead shot to the health of humans and wildlife. It also falls in line with a growth in research and development towards sustainable alternatives.

Showcasing the virtues of sustainable ammunition

BASC has hosted a series of dedicated sustainable ammunition events at clay pigeon shooting grounds across Scotland.  The idea of the days is to showcase its virtues and effectiveness, allowing shooters to try steel cartridges for themselves.

Mr Fairlie took the opportunity to try out selection of sustainable cartridges, comprised of steel shot and biodegradable material.

Giving his assessment afterwards he said: “I fully support BASC’s efforts to drive the transition towards sustainable shotgun ammunition for game shooting”

He continued: “Ending the use of lead shot and single-use plastics will do much to make the sector more sustainable, and will effectively break down the barriers that are currently prohibiting the consumption of game meat on a wider scale.”

Try steel shot for yourself

To find out more about BASC’s sustainable ammunition days and book a place click here.