Chris Packham has had a revelation. It seems that he’s been wildly overestimating the scale of the raptor persecution problem and, now that he has spoken to someone in possession of some facts, he has radically changed his mind.

Reflecting on the problem

Sitting on the decking outside a fishing hut one day, I got chatting to another angler. He is a man I know quite well and one who has been round the fieldsports block quite a few times. It is fair to say he is also what is euphemistically called ‘a man of the world’ – a man who has seen plenty of the rougher side of life.

We were discussing the issue of raptor persecution and while reflecting said: “You know I’ve never spoken to a keeper who has killed a bird of prey.” “Neither have I,” I replied.

I have spoken to many people about the issue of raptor persecution over the last few years including a great many gamekeepers. These discussions have been on the record, off the record, anonymously, candidly, and even with a few drinks in us. But I have never met a gamekeeper who has killed a bird of prey.

The scale of the problem

In an interview a little while back, Chris Packham claimed that grouse shooting is “underpinned” by criminality. This implies that it is widespread and requires a radical solution. His solution, of course, a ban.

Some of the accusations made towards grouse moor management can be fairly easily dismissed with good quality data. When someone on Twitter recently angrily announced that it was a ‘fact’ that, “The majority of those convicted of wildlife crime in the UK are gamekeepers,” pro-shooting tweeters were able to gently steer him to some data which showed that actually by number of reports, arrests, charges and convictions the most common wildlife crime is fish poaching.

Who is killing birds of prey? 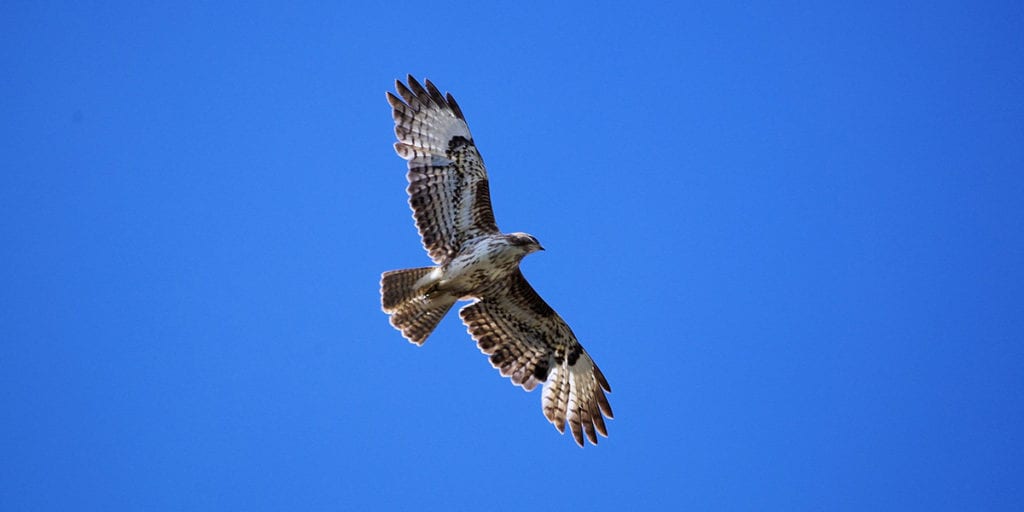 But it’s been very difficult to put a number on how many people persecute birds of prey. It’s difficult for a number of reasons.

First, it is a crime and people tend to keep quiet about crime. There are no human victims to make a complaint to the police, so it’s hard to hear about cases.

Secondly, the very mobile nature of some birds of prey, particularly hen harriers, further confuses the picture. Trying to work out how many people are involved in raptor persecution from satellite tag data is somewhere between unscientific and downright dishonest. (Read my previous blog, is satellite tagging reliable here).

So, it came as a surprise when Mr Packham chose to go on the record last week declaring that he believed only 100 people were responsible for illegally persecuting raptors.

Chris, busy promoting yet another petition to ban grouse shooting and ever keen to be on camera, was filmed in a Facebook conversation with the RSPB’s director of conservation Martin Harper. In the chat, he seems to radically shift his opinion about the scale of the raptor persecution issue, contradicting previous claims.

His epiphany seems to have come about at Hen Harrier Day where he spoke to veteran RSPB investigator Guy Shorrock. He said that the investigator had told him:

“It’s just a tiny handful of men who are doing this enormous damage. It could be as few as a 100, a tiny number of people.”

Let’s reflect on this statement for a moment… Packham vociferously campaigns for the banning of driven grouse shooting. A move that would put families out of homes, leave wader rich moorland unmanaged and take the heart out of upland communities. At the heart of that campaigning is the issue of raptor persecution. And yet, by this new admission, the entire country has just 100 raptor persecutors.

To put that in perspective, there are around 570,000 shotgun owners in the UK. That means that even according to one of shooting’s harshest critics, only 0.02% of shooters are involved in raptor persecution.

The economist John Maynard Keynes once said, “When the facts change, I change my mind. What do you do?” It seems for Packham that the facts have changed. I wonder if he will now change his mind?

*Following the publication of this blog, Guy Shorrock made contact with BASC via social media to say he had been ‘v. slightly’ misquoted by Packham and he believed the figure to actually be ‘a few hundred’. Even that leaves the percentage of wrong-doers at just 0.03 per cent of the entire shooting community.